Warning: fopen(/home/ofrench/tmp/style.instances-4N0OMf.tmp): failed to open stream: No space left on device in /home/ofrench/web/ofrench.com/public_html/wp-admin/includes/class-wp-filesystem-ftpext.php on line 185

Everyone knows Paris. This beautiful city is well known for its historical monuments, but most people do not know that this city is full of discreet little alleys, but more precisely places with unique charm. These places, some unknown, are a real source of pleasure.

As a tribute to the singer, who lived on Orchampt Street, the place was renamed at the end of April 1997. A bust with her effigy sits proudly in the middle of the square. The star adored her neighborhood and lived there for 25 years, until she passed in 1987. Petting her breasts would bring happiness, as traces on her bronze bust of Aslan show. Notice to Amateurs!

This now famous place, has even become a place of recollection for her fans. But it is not its only asset, we can enjoy a magnificent view of the little Abreuvoir alley, sinuously paved through… Wonderful night! 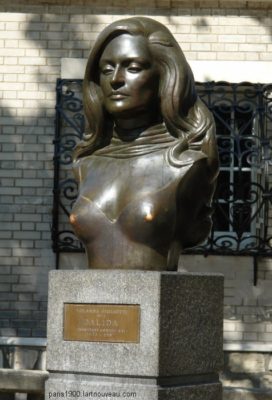 Renamed Maurice Chevalier in 1978, this place located in the beautiful neighborhood of Belleville is undoubtedly one of the tourist sites of the XX district. It bears the name of the singer and French film artist Maurice Chevalier (1888-1972). It’s not uncommon to come across young lovebirds, sitting on the benches smooching, near the paved ground and Wallace fountain. Culture takes a great part here. Every year, you can attend the rower’s festival, movie festival, concerts and exhibitions. You can also go and discover the Notre-Dame-de-la-Croix church if your heart desires it, but for this, you must climb 54 steps! 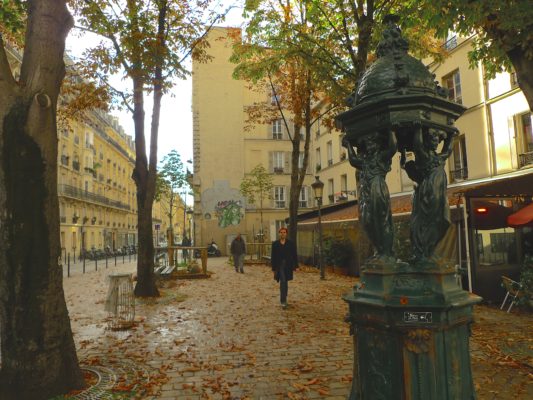 Located in the first arrondissement of Paris, close to the Tuileries garden, place Vendôme is one of the most chic place to visit from the French. It was called Place Vendôme in the XVII century named after the Hôtel de Vendôme, already established. According to his plans, the site is planned to accommodate prestigious public buildings where will throne the equestrian statue of the king on the esplanade. The greatest fortunes are yearning to take possession of the buildings already erected and establish lavish hotels. The revolution approaching, the site, symbol of the old regime and the privileges that ensues.
The statue of the monarch is also unbolted.

Today, this place is the mecca of the French and international jewelers. It showcases the most beautiful and precious contemporary creations as well as the most prestigious names of jewelers, clock and watchmakers. 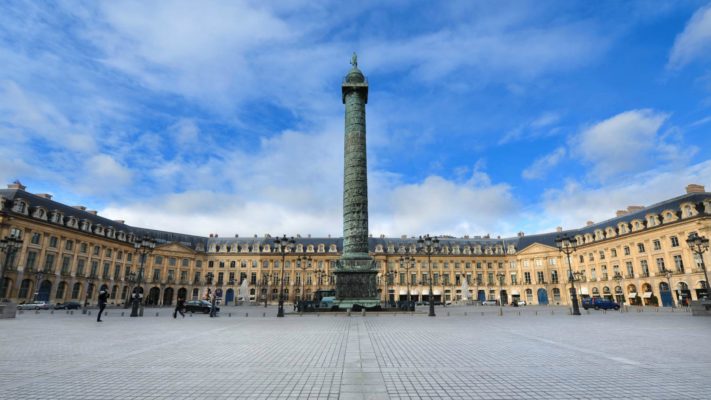 At equal distance from the friendly Place des Vosges and the chic place Vendôme, the Place des Victories offers a rich contrast in image. Born in 1685 from the will to magnify Louis XIV at the zenith of his glory, it was conceived as an illustration of the prince in the city, a « place royale » whose allegorical speech is expressed as much in the statue of the ruler as by the architectural tone of its structured facades. Masterpiece of Jules Hardouin-Mansart, it announces other sets which, in Paris (place Vendôme) or in the province (Dijon, Rennes, Bordeaux, Nancy…), have put France on the royal dynasty.

The Place des Victoires was created to pay tribute to Louis XIV and his military victories.

Behind the Palais de Justice and the Conciergerie, at the heart of l’Île de la Cité, the place Dauphine is one of the less well-known royal places of Paris. The location was set up by the initiative of Henri IV, it was considered because of its isolated situation, a singular charm despite multiple destructions and modifications.

During the construction of the new bridge, the connection of the l’Île de la Cité of the Jews and the l’Île de la Gourdaine created an empty piece of land on which Henri IV decided to build a new royal place. It was named in the honor of Dauphin Louis XIII, thus marking the succession of the king. Do not look for a statue in the middle of the square, there is none. To see it, take a few steps towards the new bridge. It is in the middle of this bridge that Henri IV watches over the premises…

Now fully restored, it is one of the most inviting places in the capital. Lined up with galleries, bookstores, small attractive cafes, sheltered from the sight and sounds of the city, its charms will seduce tourists as much as the Parisians.

Having emerged at the beginning of the XVIIth century, during the construction of the place Royale, which became over time the famous Place des Vosges as we know it today, with its remarkable buildings and beautiful arcades.

The central garden was at the time enclosed by imposing and remarkable metal grids, and planted with lime trees, giving the place a special charm, particularly in the spring. Also, do not miss the equestrian statue.

We odore the central square, its beautiful equestrian statue and its lime trees, but above all, we love its stunning arcades, their emblematic red stone, the small cafes that nest there and the charm of the place loaded with history… These arcades would have indeed been the scene of many street fights, especially with swords, a few centuries ago… A colorful and historic place!

Many of the lavish XVIIth and XVIIIth century hotels have been transformed into world-class museums: Picasso Paris museum, Carnavalet museum, Victor Hugo House… We don’t get bored at place des Vosges.

La Place de la Concorde is the largest public area in Paris. For visitors, this is the perfect place to stop and enjoy a picnic. This is where the French gather for their greatest celebrations.

Created in 1755, it was originally named Place Louis XV. It was then renamed during the French Revolution to become Place de la Révolution.

La place de la Concorde is served by the Concorde metro station. La Place de la Concorde has always been a place of entertainment. In the past, people came to see the gruesome events of the revolution. Today, of course, they come for something else: to admire the urban perspectives that this majestic place has to offer. From the center of the square, you can contemplate the span of the Champs Elysées to the Arc de Triomphe, as well as the Madeleine and the Palais Bourbon. 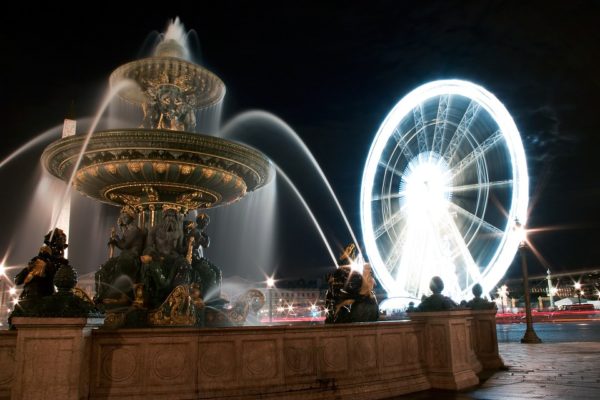 La Place du Tertre takes its name from its location at the top of a mound, a term that designates a small hill with a flat peak!

Although very touristy, this place remains one of the most picturesque in Paris.Built in 1635, it was at the end of the XVIIIth century that it became very trendy and popular amongst artists such as Picasso, Toulouse Lautrec and Van Gogh. Many painters and caricaturists are present there.

You are encouraged to get there early in the morning to enjoy the sunrise and avoid the crowd, the view from the mound is enchanting. 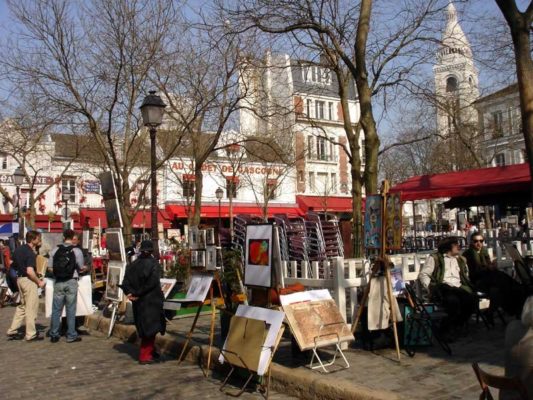 This place refers to Marthe de Béthanie, due to its proximity to the Sainte-Marthe Street. It almost feels like Paris of the 1930s. At the top of Sainte-Marthe Street, almost invisible through the street maze of the Xth arrondissement, is a place with a small town feel. La place Sainte-Marthe has always been a dynamic place including terraces, bistros, record dealers, artists ‘ workshops, concerts, shops and even flea markets. The neighborhoods association takes part daily to keep the place active. The atmosphere is cosmopolitan and artisanal even though today, economic activity is rather oriented around commerce. Fortunately, the town’s spirit is always and truly present. 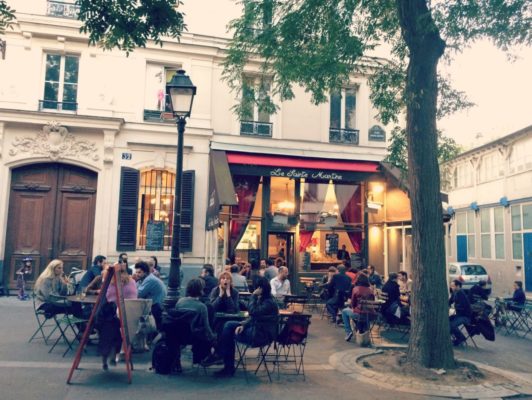 It changed its name in 1970 (it was called La place de l’Étoile until November 9th 1970), following the disappearance of Charles de Gaulle. In a tribute to the famous President of the French Republic, the place was renamed Place Charles de Gaulle.

But why was she named La place de l’Étoile? Because no less than twelve avenues leads to the site and, seen from the sky, forms a star.

You must see this place and contemplate the famous Arc de Triomphe, which is lodged in the middle of this Parisian area. The entertainment and tourists around this place never disappoints.

La place Charles de Gaulle is a must see of all beauty, not only thanks to its star shape, but also because the Arc de Triomphe is a place full of history.

At the heart of this, you will see the burial of the unknown soldier, symbol of those who gave their lives for the French nation. It is decorated with bronze and illuminated by a flame that is revived every evening at 6pm. 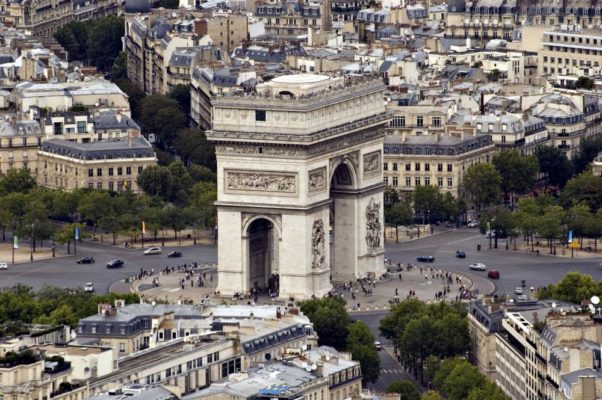 Famous for their charm and elegance, Parisian places are all unique, each one of them tells a story, and has its uniqueness. Do not hesitate to discover them during your stay.

The Great Pleasure Of Summer "Ice Cream In France"

Added to wishlistRemoved from wishlist 6