Warning: fopen(/home/ofrench/tmp/style.instances-8ViOOz.tmp): failed to open stream: No space left on device in /home/ofrench/web/ofrench.com/public_html/wp-admin/includes/class-wp-filesystem-ftpext.php on line 185

For a couple of years now, France can only boast a very weak representation of its sound abroad. And yet, it is not talent that is lacking in French artists. We will present you with a selection of 13 artists, – painters, sculptersNous vous proposons une sélection de 13 artistes – peintres, sculpteurs, graffiti – who have manage to break out and have their works of arts exposed at the international level.

Pierre Soulages’s personal style ? The color black. Bored of the academic teachings that his art academy professed, he followed his own artistic trajectory. He opened his own workshop in 1946 and started to work on abstract paintings, characterised by the use of think layers of black paint. Today age 98, he still paints with the same audacity. “I was always interested by the color black, even a a child” tells Pierre. “I used black paint and when someone would ask me what I was painted, I would always respond: snow. Looking back, I think I used the black to make the paper white”. 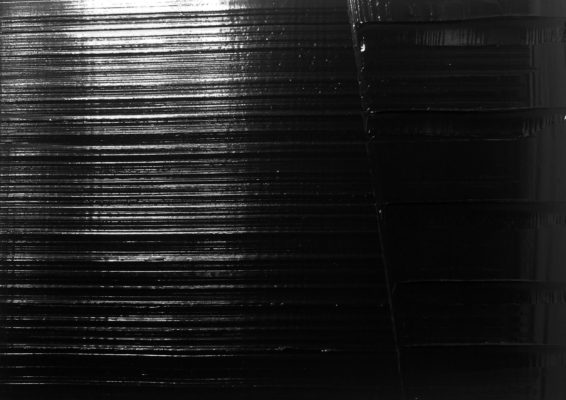 Probably the greatest living sculpter, Bernar Venet is a conceptual artist who made a name for himself in the 1960s thought informal installations made of gravel, charcoal and asphalt. The originality of Bernar’s work is based in his long standing fascination with everything that is mathematics, equations and finance. He thought, why not use them to create majestic sculptures? Among his most well known work, we can list off him cutting steel plaques with torch and the pillars he built to look like they were made of graffiti, lines and arches. Venet always says that his works of arts speak to the “resistance of metal. They are a test of force, a battle between a piece of metal and myself.” 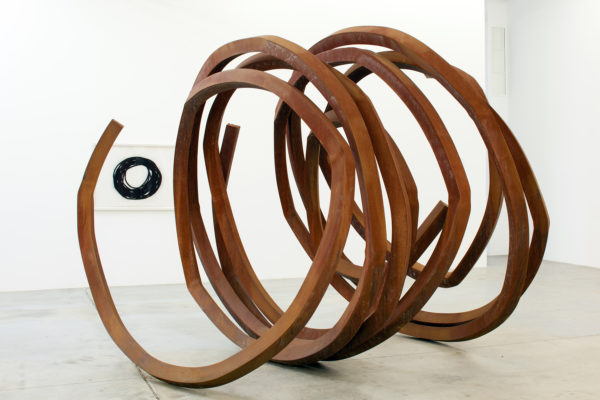 JR’s art and photography were born out of a deliberate act of registration to injustice and corruption. He is famous for his zoomed in photo collages, which are affixed to the facades of building in a comic or provocative fashion. In 2007, his illegal photo display, entitled Face 2 Face, was composed of giant portraits of Israeli and Palestinian people doing the same jobs, stuck on both sides of the same wall. More recently, JR put an image of a young boy looking over the wall with curiosity on the border wall separating Mexico and the United States. This is an artist to watch. 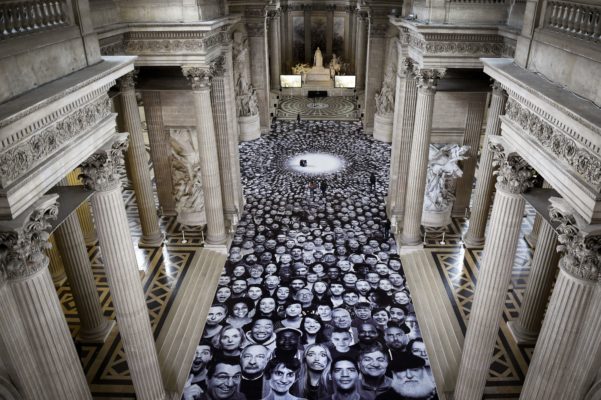 Hom Nguyen is a painter that will leave you breathless. Immediately recognisable by his dynamic and instinctive style, his technique gives free reign to all his movements. Putting to work paint, charcoal oil and pens, his works of art are sketch made of different materials. A French artist of Vietnamese origin, he has quite the atypical journey. The death of his mother came as a shock and a revelation for Hom Nguyen, it’s when he decides to paint full time. Social networking is a big help to him as his works are always visibly seductive and have a tendency to go viral, offering him considerable visibility. 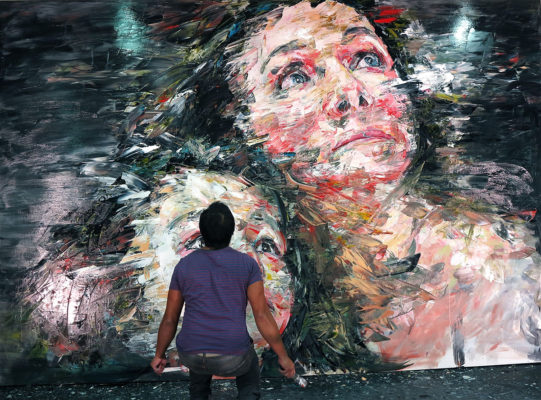 Nicknamed the French Banksy, Dran was inspired by the comic book he read as a kid to create his art. But don’t be too quick to judge though, as despite the simple and naive reputation that comic books have, the artist offers a scathing view on the human condition and political links, which he expresses through dark humour. Dran explained that “even is the children in my drawings don’t look like me, their way of playing and to escape into a dreamland is a representation of my own hopes”. 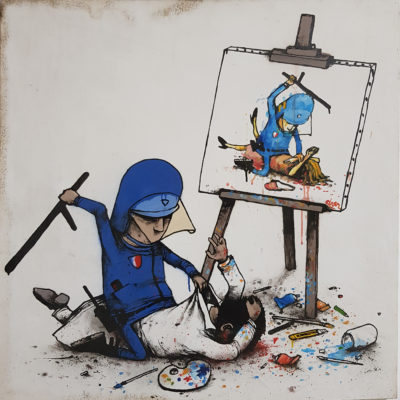 There are a lot of adjectives that could be used to describe Sophie Calle, but “dull” isn’t one of them. Born in Paris in 1953, Sophie is a conceptual and poetic artist. Her eccentric past, in which she is known for following strangers around and inviting several people to her bed at the same time, was the inspiration for her work, be it in photography or literary. Is her goal to seduce? Maybe. Is it simply Sophie’s need to impress her father, like she’s implied in the past? Maybe it’s up to the spectator to decide for themselves. 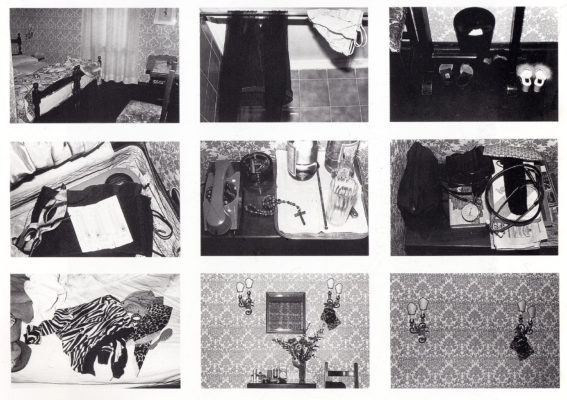 With expositions in Carin at Paris, in Kuwait and in Florida, her works, etched into concrete, metal, crystal or bronze, has been around the world. In another life, Anne of Villeméjane was a student in a business school. She was even the marketing director for the brand Bourjois, part of the Chanel group. At 35 years old, in 1999, when her husband moves to Boston, she goes with him. She starts taking sewing and casting lessons, gaining the technical knowledge that would allow her to complete her future works. In the year 2000, her work is displayed at the New York Art Expo, where famed Italian sculptor and painter Lorenzo Cascio sports her word and suggests that she turns to sculpting. He would go on to help her realise her very first installation in his workshop in Génes. 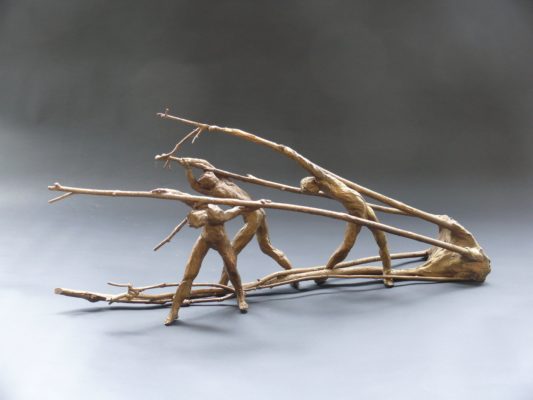 Daniel Buren is the most recognisable French artist on the international stage. He is the originator of the concept of the on the spot exposition, which highlights the importance of context in a piece of art and their tendency to change a site where they happen. Among other things, Daniel Buren has left his imprint on large cities’ urban scene throughout the world, with his famous, 8.7 cm wide “bandes” logo, which has become his signature. The artist works in his workshop then executes his project “on the spot”, or directly in the locations for which they were destined. Daniel Buren’s use of visual aspects are meant to reveal, thanks to its strategic placement, the characteristics of the places they appear. 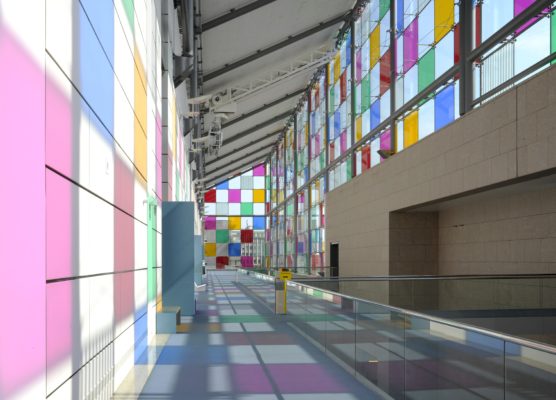 With his works and installations composed primarily of neon, he shook up the world of art during the 1960s. He was a pop artist before it became popular in America and he is well known for his strict new realist vues and for having constructed works and installations of neon. Right from the start of his career in the 60s, he had tremendous success, before throwing everything away a decade later to devote himself to painting. To tell the truth, we weren’t a big fan of his paintings in display at Beaubourg, they were far singular in terms of color. 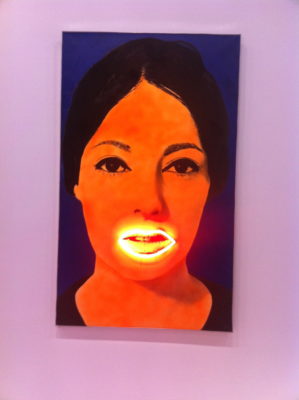 There’s never been a picture of him, this “Invader”, but this artist is well known for the figurines that he glues all over the streets of Paris, Tokyo or New York. He grew up listening to punk music in an environment where few books were read and got into aesthetic theory upon his debut into the fine arts school at Rouen. Despite the overly patriotically themed burials and the hopeful children’s tales that mould him (The little mermaid, Alice in Wonderland…) he develops his unique practice, which highlights both the hasty pace and the loss of communication in the modern world. 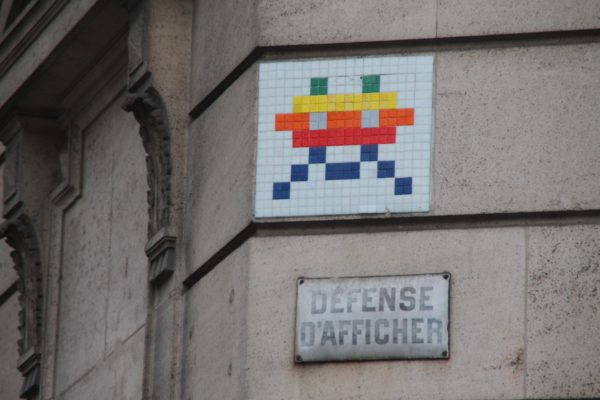 From displaying everyday object in showcases to setting up monumental installations, Christian Boltanski is obsessed with preventing humanity from forgetting. Collecting and archiving are this artist’s major occupations, as if the accumulation and the photography of these objects could eventually fill the void that each person will one day have to face. Her missions is basically to create a museum of humankind, a display that is alive through the items that each spectator can interact with and take an active part of the installation. At the time and place of the exposition, each project is a work of at that is possible thanks to the public, then are returned to dust, only surviving thereafter as a small entry in the spectator’s memory. 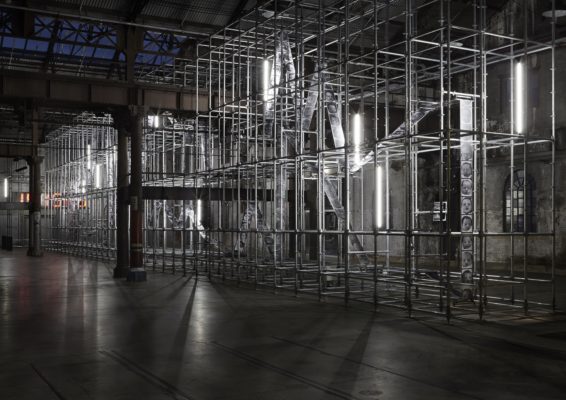 Pierre Huyghe is a star on the international scene, but few people in the general public will recognise his name. From the start of the 1990s, he starts to explore the limits of producing both fiction and non-fiction media. His work takes on different formats like live streams, movies, objects, photos and drawings. He touches on numerous cultural themes, both popular and scientific, in relations to modern society: science, science-fiction, literature, philosophy, archeology, cinema, music, architecture, work to free time creation. His projects often lead him to collaborate with other artist, musicians, architects and scientists. 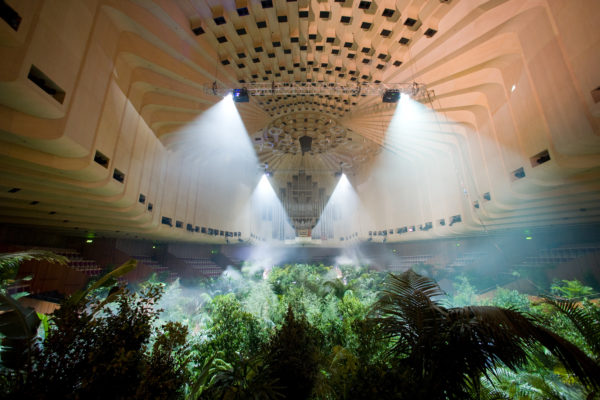 Orlan is a French artist that lives and works between Paris, New York and Los Angeles. The artist chooses to express her pseudonym in capital letters: ORLAN. Orlan is an artist that uses several different mediums: painting, sculpture, installations, performances, photography, numeric images and biotechnologies. She’s one of the French artists who’s body art is some of the most famous in France and abroad. These works often take place in different context, legitimised by her personal commitment. Her real name is Paulette Du Brouet. In the 1960s starts to question the limit of the body and the political, religious and social pressions that comes with it. Her work denounces the violence that the body often encounters, in particular womens’ body. She is very close to the feminist combat. She views her body as a privileged vessel where one deals with their own uncertainties. 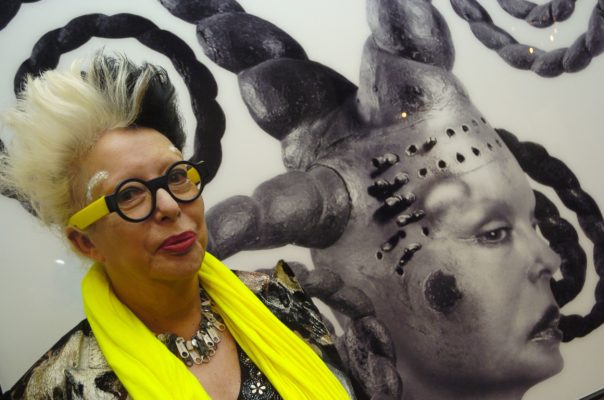 What do you think of our French artists? Just FYI, the most well known indicator of an artist’s audience all of the world is referred to the “Kunst Kompass” (the art compass) which is published every autumn since 1970s in the German magazine Capital. 100 artists are ranked every year in fonction of their expositions and their sales. In 1970, only three French artists were included in the top ten. In the past couple of years, the number has stayed at three, even though they have steadily declined in rank.