The 10 Most Beautiful Natural Lakes In France

With thousands of lakes and ponds, France is listed as the European country with the most fresh water on it’s territory. Some of them have since became virtual tourists attractions and host of the most expensive and luxurious camping sites in the country. A blessed spot to take a dip, practice a host of nautical sports or other activities, these bodies of water are often an unmissable step of any vacation.

The region of Haute-Savoie’s premiere lake, it is often considered as one of the most beautiful in France and even Europe. The lake of Annecy is also one of the cleanest lakes in the world. A major lake in Haute Savoie, it is the second biggest Lake in all of the Savoie region, since Lake Geneva is not listed because it straddles two countries (France and Switzerland). A glacial lake originations 18000 years ago, it was formed by the Alp’s melting glaciers. Its pure water extends of an area of 27.5 square kilometres in the mountains of Haute-Savoie. It features magnificent views of the Alps and offers a whole hosts of activities including fishing, rowing, cycling, swimming, sailing, diving and water skiing, to name but a few.

It is the only meromictic lake in France, which means that the surface water does not mix with the deeper depths. Pavic lake, located in the region of Puy-de-Dôme, between the village of Besse- and – St. Anastasia and the Super Besse ski resort, is a volcanic lake, at 1,197 meters of altitude. With a depth of 92 meters, Lake Pavin is listed as the deepest lake in Auverge and one of the most abyssal of all France. It sees nearly 200,000 visitors each year. 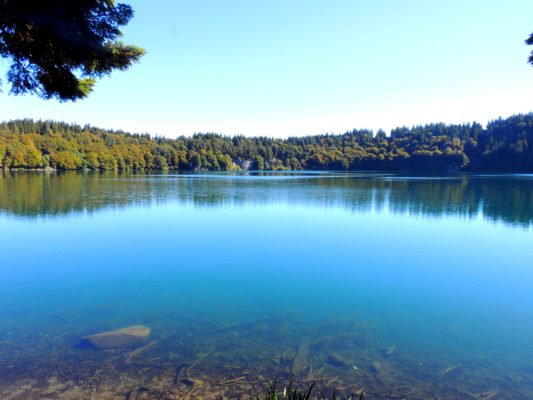 This lake, which comes from the glacier, is located in between France and Switzerland. It’s 580 square kilometres make it the largest alpine lake in Central Europe and the largest natural lake in Western Europe. In order to remain in France, you’ll need to stick to the south coast. The north coast is on Swiss territory. Although it is of natural origin, only a tiny part of the coast is still wild, the rest of it has been built up. Along its banks, a whole hosts of nautical activities are offered, including boating, fishing and swimming. Visitors can also take in the sun or visit different touristic sights such as the castle of Chillon, the island of Harp or the fortified village of Yvoire. 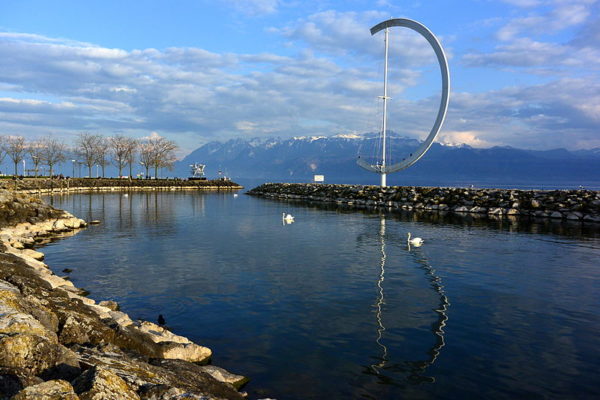 Boasting 5,600 hectares, Lake Hourtin and Carcans is the largest natural lake in France. It extends from north to south, parallel to the coast of the Atlantic Ocean, over a maximum length of 18 km, with a maximum width of 5 km. It is listed as part of the Great Lakes of the Landes. Although fishing is somewhat challenging, the landscape and scenery is simply majestic. Its natural environment is particularly well preserved and its wild swamps, white sand dunes and endless forest gives it a unique charm. 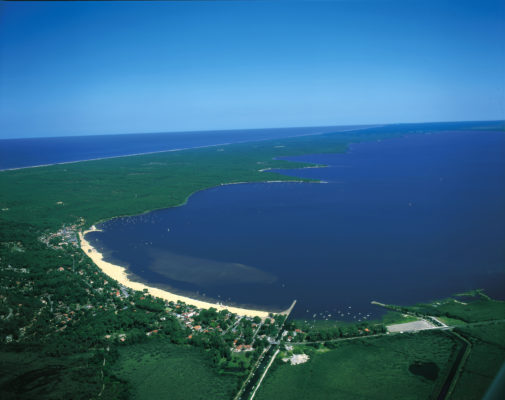 Lake Grand-Lieu is the largest natural lake in the French plain in the winter (its surface area varies from 35 to 65 km² depending on the season). Within it is encompassed a space of exceptional richness. The nearly 3400 hectares of Natural Reserve make it an emblematic site, both from an ecological and a cultural point of view. Moreover, the Grand-Lieu Lake is the only National Nature Reserve in Loire-Atlantique, despite the fact that this department is extremely well endowed in terms of wetlands. The region has always focused on the importance of its natural and agricultural spaces, so the Loire Atlantique is the second largest department in France in terms of wetland zones. It is bested by the Bouches du Rhône, which is 72,000 hectares. It is the second largest ornithological reserve in France, after the Camargue. A veritable reservoir of biodiversity with some 270 species of birds, its incomparable fauna and flora delight both ornithology and nature lovers. White Spoonbills, Great Egrets, Gray Herons or Otters are everywhere at Grand Lieu Lake. 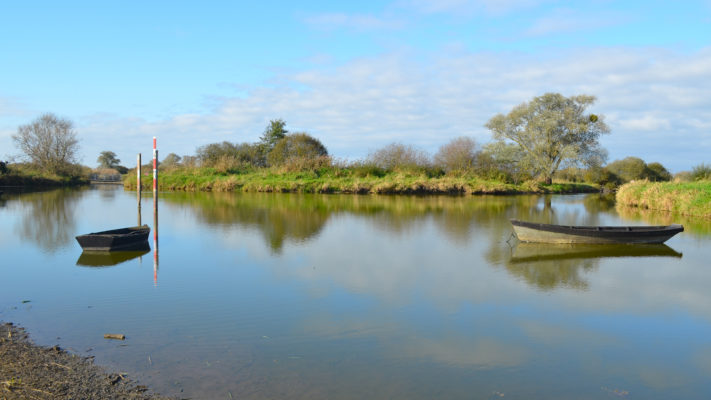 At the heart of the Ballon des Vosges Regional Natural Park, Lake Gerardmer features reflections of rounded local peaks. This amazing spot is so loved that it is nicknamed “the pearl of the Vosges”. Without any further delay, let’s take a dive into its shimmering waters.

Located at an altitude of 660m, at the foot of the city that bears the same name, Lake Gerardmer is hard to miss. 2 km long and 750 m wide, it is the largest natural lake in the Vosges Region. Forever unchanging, it lives to the rhythm of the seasons. This was also the reason for its formation, when the ice melted during the last ice age, about 80 000 years ago. It is completely frozen in winter and is unveiled every year in the spring. Shortly after, pedal and sailboats take over, while hikers indulge in a good walk. Visitors can take advantage of six kilometers of trails along the banks of this lake to take in the newly rising sun. 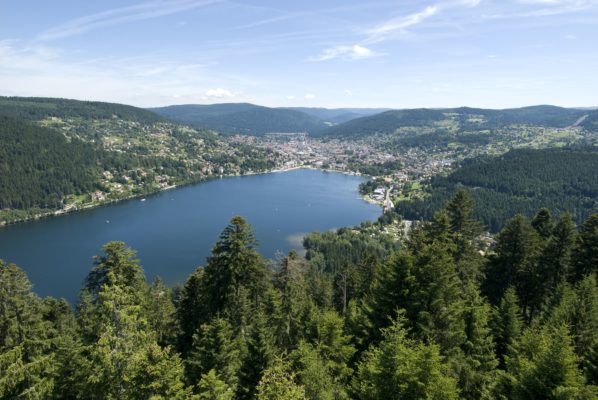 Located in the Jura Massif region, in the department of Savoie, it was formed naturally almost 20,000 years ago. It is the largest natural lake of glacial origin in France (outside Lake Geneva, which also belongs to Switzerland). It is home to a large number of species of fish, birds and plants due to the different climates it experiences. Fishing for consumption and marketing is prohibited but practicing the sport for leisure is allowed. Swimming and water sports are accessible from leisure centres such as Aix-les-Bains or Châtillon. Although some beaches charge a fee to get in during the summer, there’s nothing preventing you from choosing a free beach. You can still enjoy the water, whose temperature hovers 25 degrees during the summer. Finally, there are enough monuments and tourist sites that visitors can stay for a couple days, without getting bored. For example, you can visit the Bourget-du-Lac priory and its beautiful garden, the church of Saint-Laurent or the Chambotte mountain belvedere, which boasts magnificent view of the entire lake. 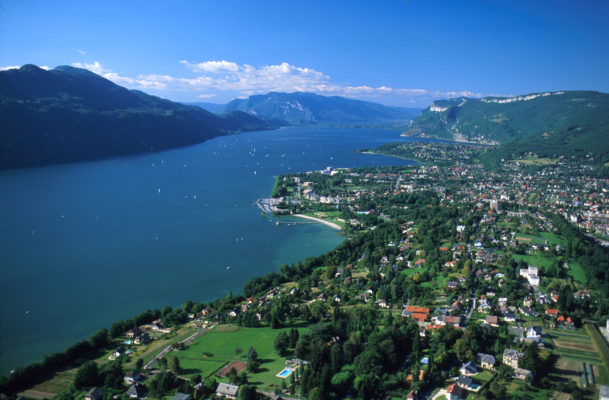 One of the most beautiful and highest lakes in the Hautes-Alpes region, the Crupillouse lakes are located in the upper Champsaur valley. They are located in part of the town of Champoléon and are part of the Ecrins National Park. The Crupillouse lakes are seven in number, although only two of them are available in the winter due to freezing. Lake Superior and Lower Lake are 2665 and 2640 meters above sea level, respectively. 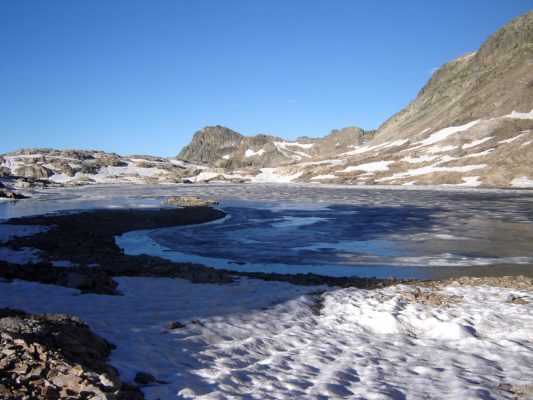 Like many of the lakes that the Massif Central has to offer, Guéry lake came about due to intense volcanic activity that lasted for several million years in what is now the town of Auvergne. More specifically, it’s because two rivers combined and clogged the lava flow, hereby forming Lake Guéry, over two million years ago. Located at an altitude of 1,244 meters, it is listed as the highest lake of Auvergne. That being said, eutrophication, or the accumulation of sediments, is causing Lake Guéry to unfortunately dry out. 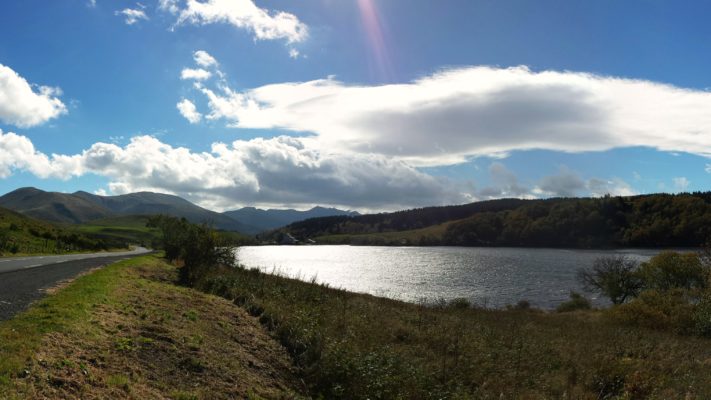 The Great Lake of Clairvaus is located in the commune of Clairvaux-the-Lakes, in the department of Jura. The latter covers an area of ​​64 hectares and its gentle slopes make it an infamous spot for swimming in the region. It’s shallow depth make it so that the waters warms up quickly in summer. Just like the other Lake Clairvaux, the Great Lake has already seen on civilisation settle on its shores, back in pre-history. Excavations have since brought tens of thousands of archaeological pieces to the surface. 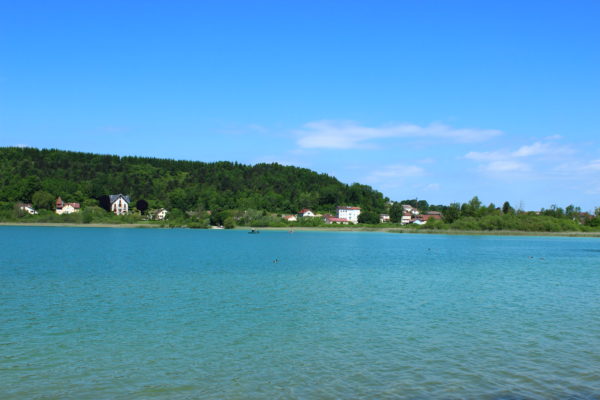