Everybody in France knows Serge Gainsbourg… Lucien Ginsburg, his real name, is a French singer-songwriter born in Paris in 1928 and died in 1991 in the same city. He has more than one string to his bow, especially as an actor or filmmaker, but he is first and foremost known for his works in the music industry, as a singer-songwriter and pianist under the name of Serge Gainsbourg.

He is the son of Russian Jewish immigrants, his father having tried to push him towards artistic activities. However, the Second World War and the Vichy Regime forced them to flee Paris and hide, while abandoning the artistic professions for some time.

His private life was highly publicized by the popularity of the women he dated, from Brigitte Bardot to Jane Birkin, and the children he had with these women, four in total: Charotte, Lucien, Natacha and Paul. Some have also decided to follow the same path as their father and have embarked on a musical career, like his daughter Charlotte who is now a recognized French interpreter. 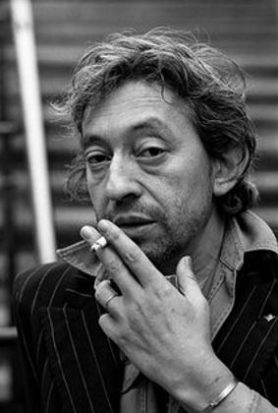 His musical works are now part of the French heritage, both for their creativity and subtlety as for their controversial aspect. Indeed, some of his songs have shocked more than one by their disturbing and politically incorrect image. The best-known examples are ‘Lemon Incest’, which he performs with his daughter, or ‘Les Sucettes’, which he wrote for the French singer France Gall in 1966, and which can be understood in two different ways, depending on the interpretation… France Gall later claimed that the young singer she was in 1966 had not grasped the “hidden message” of this song, and now feels humiliated that Serge Gainsbourg could make her sing that song… And that’s quite understandable! While the young singer had only noticed the innocent and candid meaning of the lyrics of this song, the majority of French had fully decrypted the sexual allusions that were hidden between the lines.

Anyway, ‘The Javanese’, ‘Elisa’, ‘Initiales BB’, ‘Je suis venu te dire que je m’en vais’, or ‘La Chanson de Prévert’ for example, are nonetheless inevitable on the French music scene and are appreciated and recognized by many. All these successes were written by Gainsbourg himself during his meetings and his experiences, often inspired by his influences and moods of the moment, revealing all the authenticity of this man. 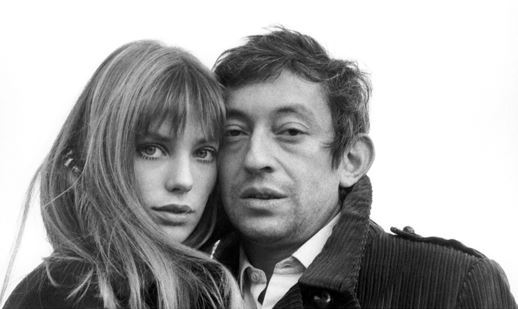 Beyond the artist, Gainsbourg is a sulphurous character who leaves no one indifferent. Whether he represented the dandy chic at the beginning of his career, or he adopted this provocative attitude, both a cursed poet and an artist of genius, the character played by Serge Gainsbourg has evolved constantly throughout of his career, through his history and his personal experiences. In the course of the 1980s, media critics of some of his sometimes misunderstood works led him to take a turn in his career. He begins to assume the role of a much darker man, becoming even more addicted to alcohol and tobacco and forsaking his family life. Gainsbourg gives way to “Gainsbarre”, this new version of himself overtaken by his life and his own creative genius. He then returns a little more in his character of cursed poet. His physical appearance deteriorates, he often appears drunk, a cigarette in his mouth, unshaven, with unbrushed hair and degraded clothes. He begins to inspire disgust for more and more people. His wife Jane Birkin at the time, with whom he remained united for more than ten years and with whom he had managed to find some stability, decided to put an end to their relationship. She said in a television interview after the death of the artist “I loved Gainsbourg, but I was afraid of Gainsbarre”. The repeated drunkenness of Gainsbarre eventually make him a television phenomenon and he unfortunately becomes almost as famous for his music as for his antics. Each of his TV appearances is noticed and can lead to ask: what scandal will he cause this time? Among his most notable appearances, we can mention his very famous intervention of March 11, 1984 in the TV show ‘7 sur 7’ (on TF1, the first French TV channel).

During this broadcast, he burns a 500-franc bank note in front of the cameras to denounce what he considers a “tax racket” because the state taxes music revenues at 74%. This particularly marked moment in the history of French television was not revealed until the end, the cameras having temporarily interrupted the show. This excerpt represents a shock scandal, France being in a period of economic crisis at that time, and today is still a very controversial moment that everyone remembers. Despite this, the artist continues to surprise by unveiling new albums and producing works for other artists who will be praised by critics. Unfortunately on March 2, 1991, following many excesses, Serge Gainsbourg dies of a new heart attack. 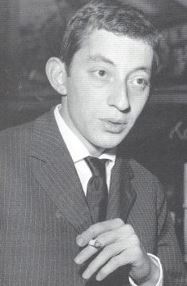 Locked in his character Gainsbarre, this great controversial artist leaves behind a huge musical heritage. Even though he is no longer alive, he continues to live through his music and artistic genius as it is rare to see today.

The Marquis De Sade, An Emblematic And Controversial Figure