A boat capable of recycling marine plastic waste into objects or fuel to propel itself. That’s was the challenge faced by a team of young engineers and designers. It’s name: Plastic Odyssey. Its goal: to go around the world, crossing the most polluted coasts of Africa, South-America and Asia between 2020 and 2023.

The world needed a hero that would dare to tackle the mounting plastic pollution issue. Simon Bernard, former merchant navy officer, was inspired by Homer and launched his own odyssey in 2016 with Alexandre Dechelotte, a buddy from his graduating class. Plastic Odyssey is a non-profit organization, a project to take plastic waste and make it into a resource for the future, at a time when France is focusing on need to recycle 100% of plastics. Joined by ICAM engineers and supported by various technical partners, the two men will soon travel around the world on a boat propelled by plastic waste. Built by the company Ship-as-a-service, this 24m long and 9m wide ocean catamaran will set sail in 2020 from Marseille. 33 stopovers have been planned along the African, Latin and Asian coasts, highlighting the ones that are the most affected by plastic pollution. For the 28-year-old and his small team, the mission will be to both raise awareness of waste management and change behaviors. Based on the observation that only 9% of plastic waste is recycled worldwide, leaving over 18 tonnes of waste thrown out every minute at sea, the captain has given himself 3 years to travel the planet, meet people, all the while demonstrating the value of their waste and sharing the technology that makes all this possible. 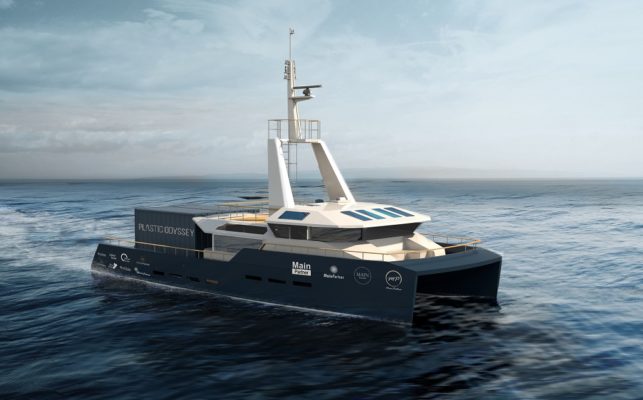 The innovative element of the project: Pyrolysis

Plastic Pyrolysis is an emerging technology used by large US plants that process very large quantities of plastic. The goal is to create a system that fits into a standardised container (33 cubic meters), which will be able to process up to 1 ton a day, resulting in the production of anywhere between 700 and 1,000 liters of fuel. The pyrolyzer is completely autonomous since it uses the energy of 10% of the plastic to turn the remaining 90% into fuel.

Plastic waste is at the heart of the project. The ship will even have a workshop completely dedicated to recycling. Various equipment such as an extruder, a press, a loom, a grinder and a compressor will be loaded on board. The centerpiece of this floating workshop, the containerized fuel plastic system, will be used to provide energy to the boat. This pyrolysis unit, developed in open source by Sarpi, a subsidiary of Veolia, in collaboration with public and private partners, will transform the plastic collected on the ground into energy to power the engines.

This machine will also have an educational role. These ambassadors to France plan to charm their hosts by highlighting as many features as possible around their approach and design. “The project is collaborative,” says Simon Bernard, “the goal is to create a community and initiate projects on a human scale at each stopover.” The team will take advantage of the two to three weeks they have on the ground to mobilize and organize institutional players, associations, entrepreneurs, co-eds and students for collective actions to collect, sort and give a second life to plastic waste. By learning, for example, to turn tires into chairs or make clothes by weaving plastic, Plastic Odyssey members hope to inspire new volunteers and create jobs. They want to make sure that recycling will not be forgotten. Participants will discover, for example, that once melted and reformed, polymers can be re-used to produce insulating materials, building bricks, tiles or even furniture. 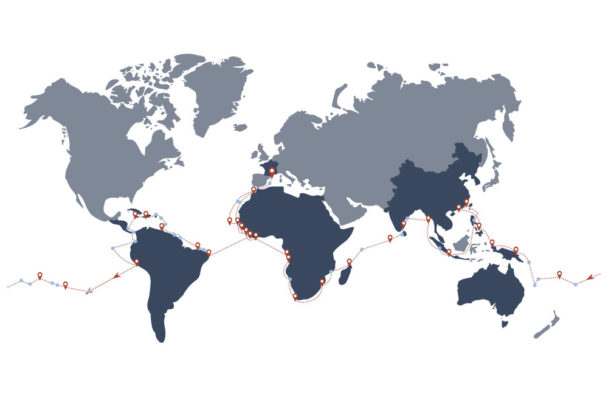 The goal of this project

The aim of the project is to recycle marine plastic waste for a long term duration and to do so while making the boat completely autonomous, since its propulsion will be ensured by the plastic waste itself.

When we think about the fact that humans have produced to date more than 9.4 billion tons of plastic material, of which only 9% have been recycled, we can gauge the urgency with which the planer needs help. The pace is unfortunately far from slowing down. Every minute, 18 tons of plastic waste fall into the ocean. Most of the pollution is invisible. Only 1% of plastic pollution floats on the surface, the rest sinks to the bottom of the ocean and degrades into microparticles that enter the food chain and eventually end up on our plates.

In 2016, Simon Bernard was still a young Merchant Marine Officer when he stopped in Dakar. He discovered, with horror, the extent of the plastic pollution, so he decides to take the problem head-on by developing simple recycling solutions. He makes these solutions accessible to all, patent-free and economically viable. He teamed up with a friend from his graduating class, Alexandre Dechelotte, to embark on this adventure and were soon joined by a handful of engineers and designers.

Various demonstrations and lots of practice would eventually lead to the perfection and the sale of both the kit and the ready-to-use machines in hopes that more people will develop their own activity. In addition, open source plans and tutorials would be provided so that each user can build, repair or improve his or her own machine(s). In the end, Simon Bernard and his team hope to oversee the creation of a global network of micro-plastic recycling plants, which should both develop the local economy, all the while depolluting.

While waiting for the departure, the team put on a presentation at Concarneau Ulysse,on June 15th, where they unveiled a demonstrator that is four times smaller than the actual one, to replicate the real time conditions and test the plastic-fuel system. This equipment features a flow rate of 5 kg per hour and can produce up to 5 liters of fuel, including about 3.5 liters of diesel, with the rest being gasoline. “This first version will also serve to adapt the dimensioning to future needs,” says the “hero”, who’s 6 meter tall height is enough to be be considering two people. The first of its kind, the boat was inaugurated in the presence of the Secretary of State for the Minister of Transition, Ecology and Solidarity; Brune Poirson, the navigator; Roland Jourdain and various public personalities who have lent their support to the project. 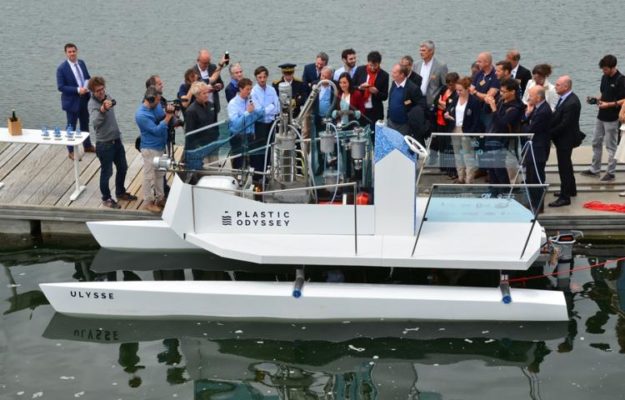 The 10 Best French Photographers Of All Time

The 10 Most Famous Outlaws, Scam Artists and French Gangsters of all Time