Using her personal experiences and life for inspiration for her songs, “la dame brune” was heavily invested in her songs, often confiding her personal life in the lyrics. In “mon enfance”, “Nantes”, et “L’aigle noir”, she tells the story of certain periods of her life: memories of the occupation, the death of her father and paternal incest. She gave everything to her fans, to whom she wanted to give “her greatest love story”.

Growing up to be an artist

Originally of the name Monique Serf, Barbara was born in Paris, not far from Batignoles Square. She was the second of four children in the family. During World War II, the Serf family, which were of a Jewish faith, were forced to run from hotel to hotel to flee German oppression. They ended up seeking refuge in the commune of Saint-Marcelin, in the region of Isère. Once liberated, they moved in to a hostel in Vesinet, where the girl who would later be known as Barbara met her new neighbor, who happened to be a singing teacher. Immediately after they meet, she started to take singing, music theory and piano lessons and decided to enroll in the Advance School of Music.

In 1947, she is accepted into the Paris Conservatory, where she studies great works of art, including pieces from Debussy and Schumann. At the same time she is a model-singer in a show called “Violettes imperiales”, at the Mogador theater. Typed as a Mezzo Soprano, she leaves the Conservatory shortly thereafter to take her chances on the Parisien cabaret circuit, with little success.

From 1950-1952, she retreats to Belgium. She meets a group of artists and painters who live together in a beautiful house, which has been adapted into a studio. They agree to get her a piano, and from then on Barbara starts to play a few nights a week in front of a crowd of mostly students. After this endeavour, she opens her own cabaret, “Le cheval blanc”. This is the first time that she appears on stage with her piano, veiled in black, with Kohl makeup, a debut for the character that she will eventually create, the “lady in black”.

The path to success

Once back in Paris, Barbara will audition for the “L’écluse” cabaret under the stage name “The midnight singer”. For the next ten years, she becomes a star, catering to a daily crowd of 60 people, who only clamoured for more. She would go on to say that these fans willed her to continue and eventually reach the level of success which she attained. In 1960, her first album is released by Odéon records, entitled “Barbara sings Georges Brassens. She is recognized by the Academy of French Records for her interpretation. 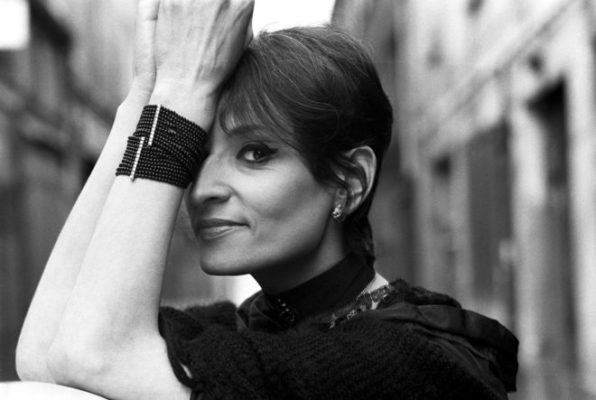 Despite this early success, her meeting with Louis Hazan, the Philips director, is the event that will really set her career alight. In 1963, her album Barbara Sings Barbara, which is awarded a prize by the Charles Cros academy, features the first versions of such titles as “Au bois de Saint Amand” and “Nantes”. It’s the start of a second wind. She starts by opening for headliners like Georges Brassens and Serges Gainsbourg, before eventually seeing her own name up in lights over the most prestigious stages.

On the 22nd of January 1968, she is featured on the stage of the Olympia for a special event, which is broadcasted live on Europe 1. That same year, Georges Moustaki writes a song for Barbara, entitled “La dame en brune”. The song is a duet, which they would start to perform together, on a nightly basis, on the stage of the Olympia in early February 1969. This is, so far, the highest point of Barbara’s career. Yet after the last show, to everyone’s astonishment, Barbara announced that she had decided to retire from the stage.

A life of pain

A year later, Barbara returns with the single “L’aigle noir”, an intimate autoportrait. The track becomes an anthem for the summer of 1970, even though the actual meaning of the lyrics would only be revealed later. Over the next decade, she comes out with 3 new albums: La fleur d’amour (1971), Amours incestueuses (1972) and La louve (1973). She also collaborates with new artists like William Sheller and Catherine Lara. 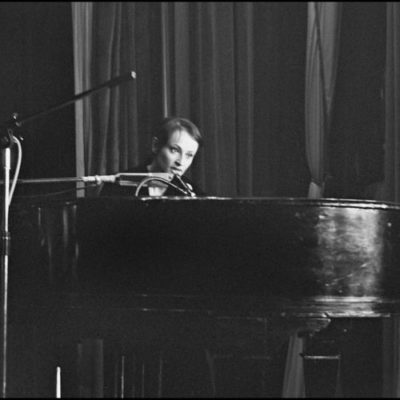 Over the course of the year 1973, she falls in love with a house in Précy en Seine-et-Marne. She especially appreciates the garden, which she never had growing up in Saint-Marcellin, and uses it as an inspiration for her next track “Précy Jardin”, on the 1981 album “Seule”. This song provided the first idea of what the singer was really like, a lonely, solitaire person who no-one really knew. Behind the insatiable diva was a woman who had been deeply troubled by her childhood, which still tormented her to the point of insomnia. In 1974, she attempts suicide and is found life-less in her Précy home.

In the last few years of her life, Barbara looked to the different stages of her life for inspiration and began writing songs on subjects that were close to her heart. During her 1987 show at the Chatelet, she became one of the first artists to speak out against AIDS by interpreting the sont “Sid’amour à mort.

In 1990, she began a series of concerts at the Mogador theater, in Paris. Her final performance would come three years later on the stage in Châtelet. She still had the voice which had carried her into the spotlight, but her failing health forced her to cut the event short. Her last album was released in 1996 and was simply entitled Barbara 96. The album receives rave reviews from both the critics and the public, but the “dame en noir” was nevertheless forced to retire to her home in Précy due to increased difficulty to breath. She spends her time writing her memoirs, which will never be published and continues to pursue causes that are near and dear to her heart. She signs over the right to the song “Le couloir” to the Act Up non profit organisation and regularly visits local prisons to lend support to the inmates. On the 24th of November 1997, Barbara is hospitalised and dies the next day of pneumonia. 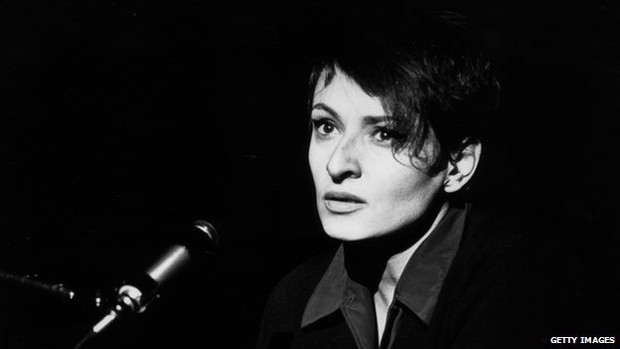 The story behind the lyrics

It’s a song that we all know, that some of us even learned as a kid in school. In this track, the elegant “Dame Brune” tells the story of the of a beautiful bird she crossed while walking and how she was fascinated by this creature: the black eagle. At first glance, the song intends to highlight nature and does not have an underlying message. In reality, that is far from the truth, at the black eagle actually represents Barbara’s father.

The song describes one of Barbara’s dreams, in which she is sleeping on the banks of a lake when a black eagle arrives. She immediately recognizes that the eagle is actually her father, which brings back the memory of the abuse that took place so long ago, when she was 10 and a half year old and the family was hiding out during the second World War. The song implies that her childhood is now lost, and that no-one, not even her mother, can help her now. Despite her multiple run away attempts, a futile way to draw attention to it, her father continued to abuse her, but no one said anything. After the death of her father, Barbara forgives him, which is the base of the song “Nantes”.

“Surging from the past, he comes back to me”. “In my hand, he laid his neck”. If you really listen to the lyrics, it’s not hard to understand. It’s clearly reliving the incest which Barbara endure as a small child. She even mentions the actual act that she performed and the cruelty with which it was done. At the same time, there is also a conflicting message in such lyrics as: “I both love and hate my father, at the same time”.

“Say bird, please take me, take me back to better times”: Deep down, you can tell that she wants to forgive her father, let go of the burden and accept her father as a positive figure, a sweet and caring father. She wants to love him despite all the suffering that he has procured her, much like you would see in the Stockholm Syndrome. It’s easier to forget his faults, even the most heinous ones, if she loves him. 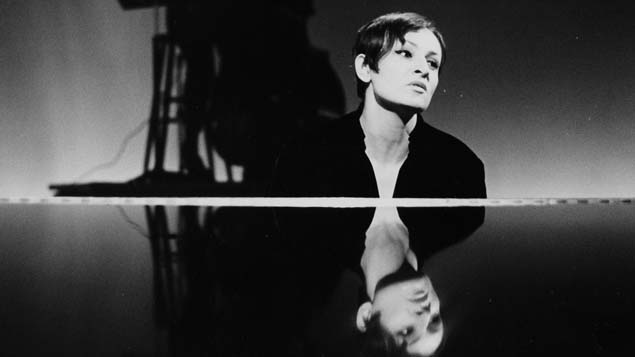 The hidden face of Barbara

Her songs became a classic part of French culture, as did her tendency to go against popular opinion. Because of this, Barbara is still idolized and cherished, even after all these years gone.

1 / SHE STARTS HER CAREER SINGING IN CABARET 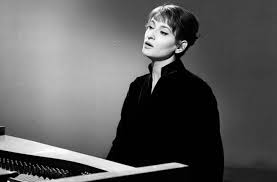 This song has been covered by at least 40 artists, including Patrick Bruel, Florent Pagny, Patricia Kaas and Michel Sardou. Other types of professionals analysed the lyrics of the song, like psychoanalyst Philippe Grimbert, who wrote about it in his book “Psychoanalysis of the song”, published by Plurielles. He talks of a dream, in which the singer would have fallen asleep on the banks of a lake until she was awoken by a black eagle. This creature represented the singer’s incestuous father. 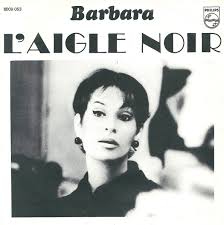 In 1964, the singer, who’s real name is Monique Cerf, adopts the name Barbara Brodi as a stage name. It was inspired by her grandmother’s name, Varvara Brodsky. At this point in her career, the “dame en noir” is covering tracks from Edith Piaf, Juliette Gréco and Jacques Brel. 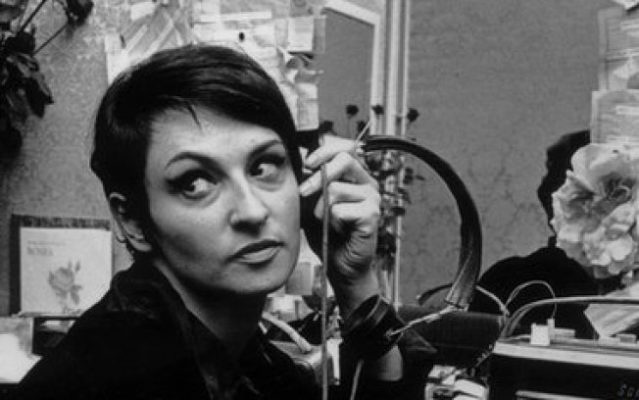 4 / SHE SINGS FROM THE PRESIDENT OF THE FRENCH REPUBLIC

Barbara, who has never been inclined to discuss her political beliefs, sings before 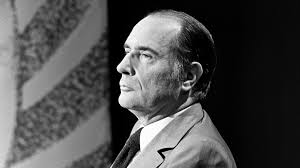 It’s been 20 years since Barbara has left us. This woman still is still cherished by her fans for her thirty year career and is considered today to be one of the founding members of classic French song.