Warning: fopen(/home/ofrench/tmp/style.instances-Srz3gA.tmp): failed to open stream: No space left on device in /home/ofrench/web/ofrench.com/public_html/wp-admin/includes/class-wp-filesystem-ftpext.php on line 185

If one day we had told fashion experts that Streetwear would be the trend all over the world, they would probably have laughed at us. But the facts are there: today most of the big ready-to-wear franchises and even celebrities who are perceived as fashion icons wear articles from the Streetwear movement.

Streetwear fashion was born in the 70s-80s in the United States, mainly in New York and California. Indeed, this style of clothing draws its influences from the hip-hop movement of the New York suburbs and of skatewear fashion, that is to say the clothes worn by all skaters, surfers and all other boards sports. It is originally the totally opposite of the other phenomena of fashion: it is a kind of rejection of the glamor, glitz and glamor of haute couture fashion, and promotes more comfort and taste for sport. But it also helps to express an urban culture and the modest origins of disadvantaged neighborhoods. Baggy and oversized t-shirt for young people from the ghetto, skinny jeans and colorful t-shirts for the Californian sliding kings, that’s what Streetwear fashion is all about. 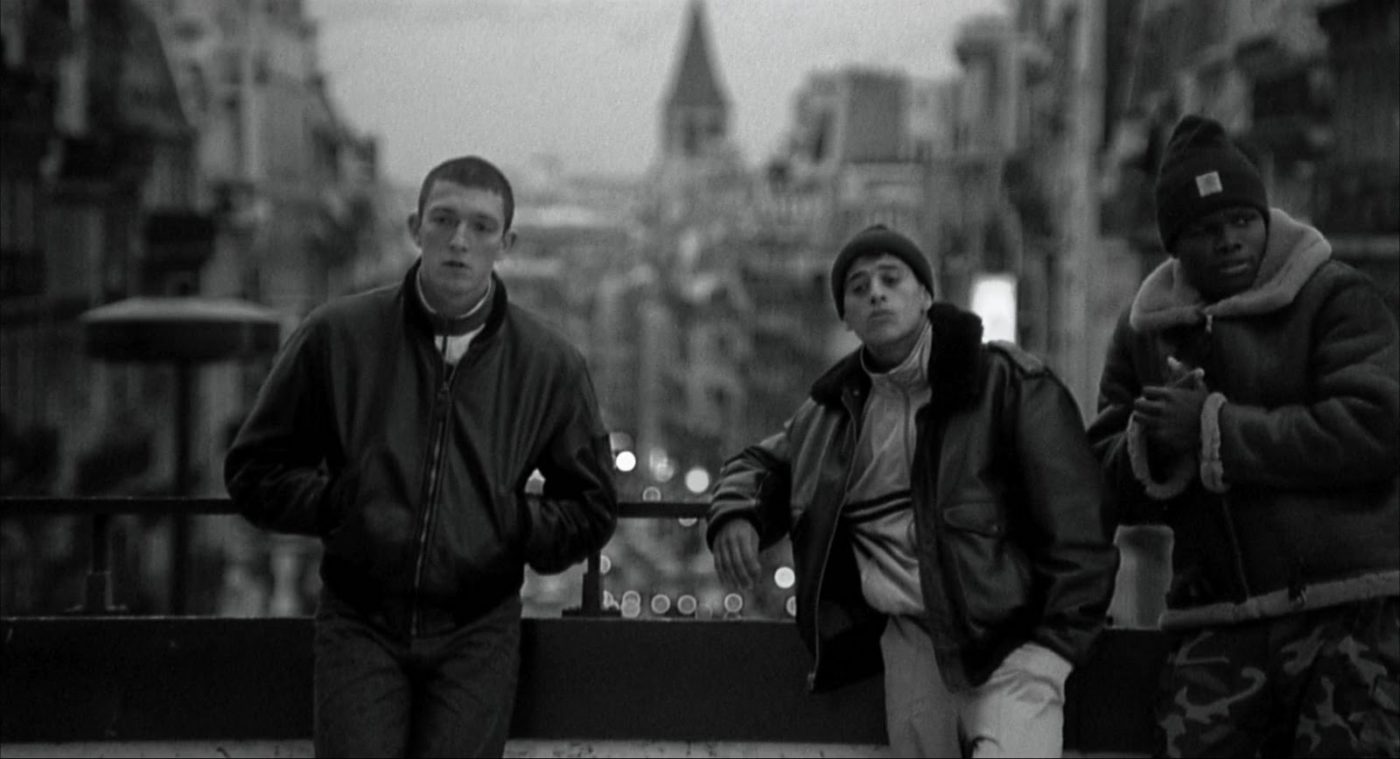 The three main characters of the movie “La Haine”, which had a huge impact on Streetwear movement in France

Today the streetwear has evolved and it even inspires the creators. Brands such as Stussy, Bape or Supreme offer much more expensive items than before because this style affects more social categories who have the means and are on the lookout for the latest items that others have not yet.

France is not left out and has had its share of successful streetwear brands. How did this clothing fashion cross the Atlantic to settle in our wardrobes? From the ‘bad guy’ aspect to the trend of the moment, back to the brands and personalities that made fashion streetwear in France!

The rappers, great publicity for brands!

In many cases, brand creators have used their network of friends to launch their brand. A simple strategy: ask them to wear their brand in their music video or on stage to promote it. Successful bet!

This is the case, for example, with the brand Bullrot, which was launched at the end of the 1990s and was immediately a real success and became the number 1 brand in France. The brand was founded on the image of a dog that could be quickly identified. Most importantly, the creators used one of their childhood friends, rapper Don Choa from La Fonky Family. It’s the jackpot! After he has worn one of their t-shirts in one of his music video, the brand makes a big turnover of around 20 million euros and even manages to export. It is one of the first French brand of streetwear.

Behind Dia, a young man from suburb, Mohammed Dia, who launched his brand in 1998. He grew up with several friends whom he saw become rap stars in France, like Doc Gyneco, Arsenik or Stomy Bugsy who are all members of the collective Sector Ä. In addition to the cool and creative image of the brand, he manages to partner with the Ä Sector collective and to dress them up. These rappers are at the peak of their art and sales at that time, once again it’s an excellent publicity stunt that has become one of the favorite brands of young people. 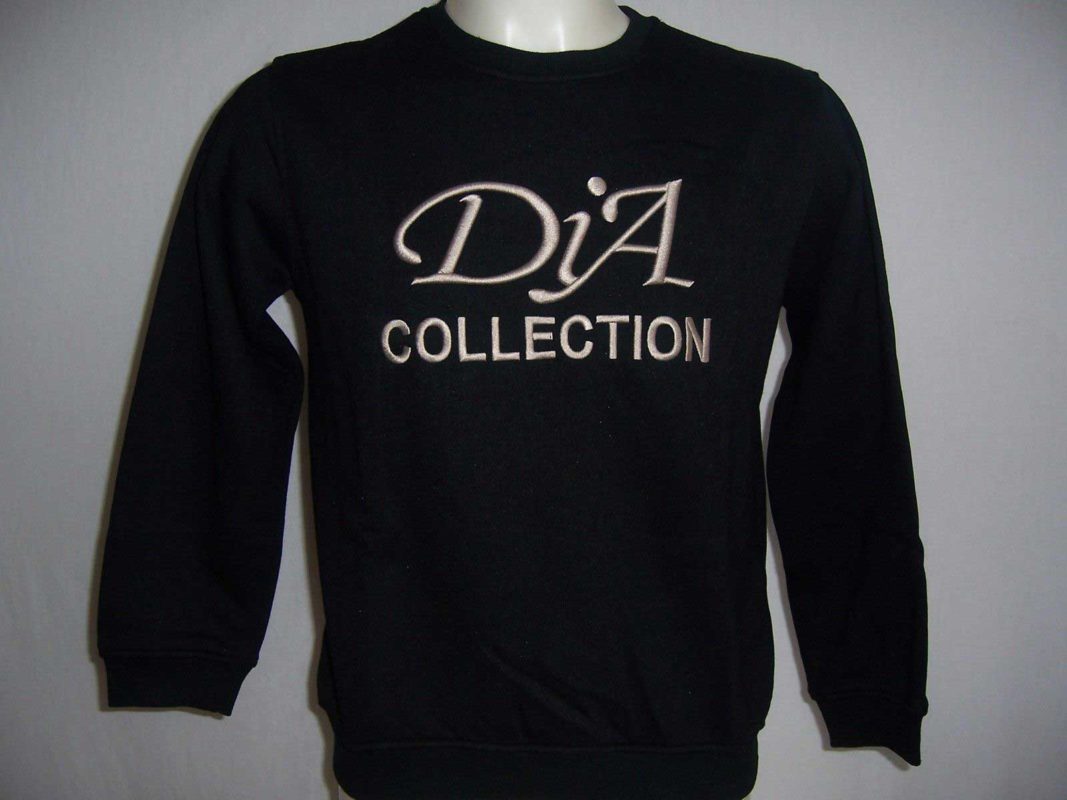 In 1998, Joey Starr, who was then a huge rap star in the Supreme NTM group, decided to take advantage of his notoriety to launch his own clothing brand. Success guaranteed! The suburban youth being fans of the group and recognizing themselves through the stories told by the rapper and his experience, they directly join the brand and the values ​​conveyed. The brand even afford itself the luxury of launching new products like glasses, luggage or stationery, and has many outlets. 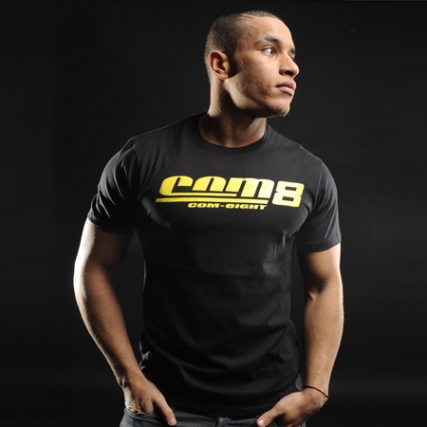 In the early 2000s, a brand that became emblematic in streetwear also made its appearance: Royal Wear. Also launched by a rapper, Sully Sefil, who simply affixed his emblem and the name of his production on t-shirts. Thanks to his network of friends who are also artists, but especially because he was spotted by investors, his brand takes off. The brand has expanded to various fashion items including jewelry for example. Although a little tacky today, it is the essential brand in the streetwear of the 2000s! 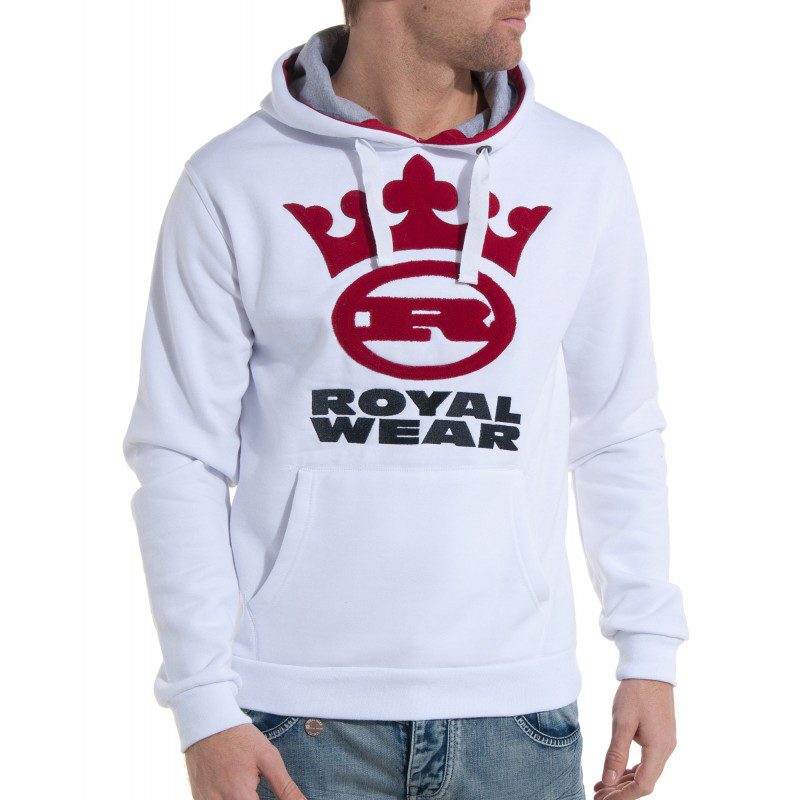 Ünkut is the brand of the controversial rapper Booba. It is a brand at the crossroads of American standards and European sobriety. It takes urban codes mixed with trendy and creative designs. Today Ünkut has managed to develop in France but also in Europe and even in Africa. It’s more than a clothing brand, it’s a lifestyle!

Streetwear is the new Sexy

In the late 2000s, several sports brands made a strong comeback while they had lost momentum, and became true ready-to-wear trends and will even recover well-dressed people. 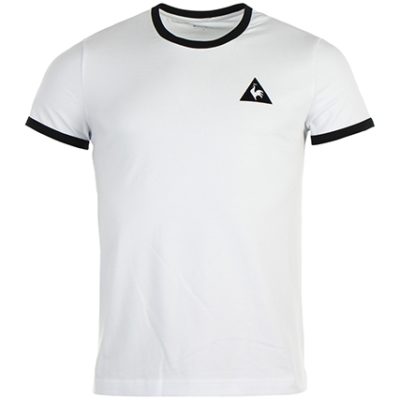 It is the emblematic brand of French sport. It has sponsored many famous sportsmen in their careers like the riders of the Tour de France, the French Rugby Team, and especially Yannick Noah, an emblematic French tennis player who won Roland Garros under the colors of the Coq Sportif. The emblem of the brand is also this rooster on a tricolor background in the colors of France, as a national symbol! After years of decline, the brand returns in the late 2000s to become a trendy brand, offering trendy designs that have found their audience. Everybody dresses in Le Coq Sportif, the designs multiply and come in many colors. The brand originally offering sportswear has become a real trend! 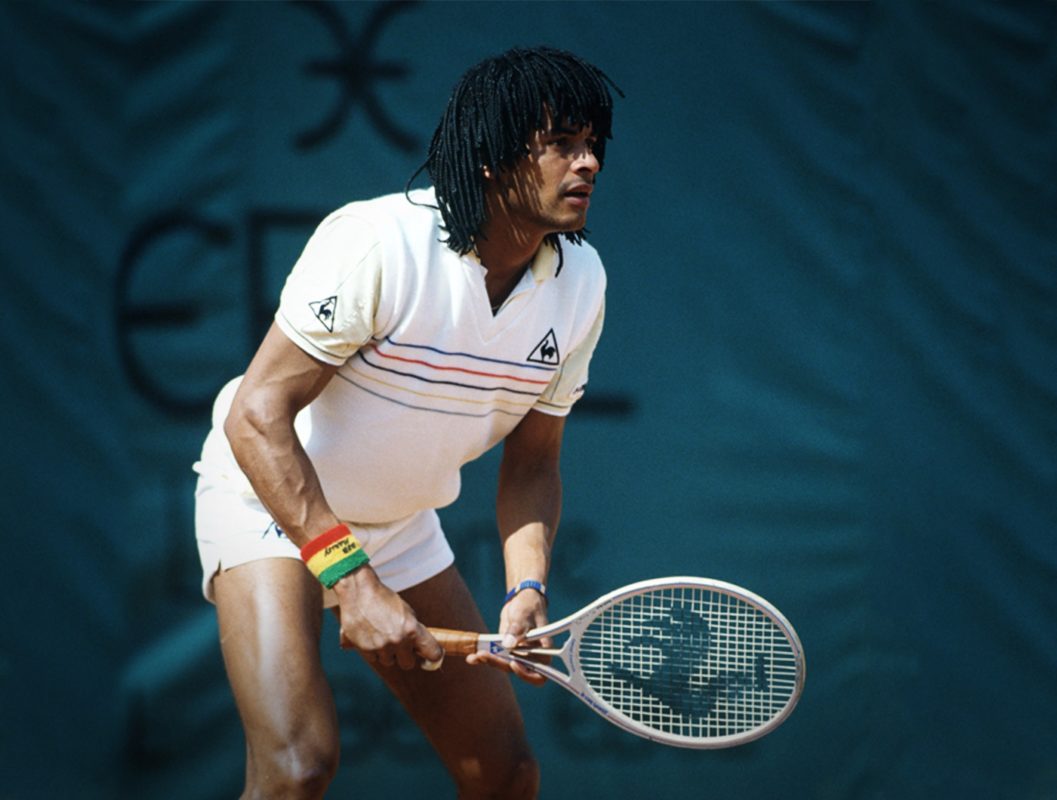 The case of the Lacoste brand is quite particular. Initially it is a BCBG brand intended for Tennismen and who offer elegant and representative articles of the French class. It is therefore a rather high-range positioning for wealthy customers. But in the late 90s and early 2000s, the brand is subjected to a somewhat unexpected turn: it becomes the favorite brand of young disadvantaged suburban categorized as “thugs”, not really valuable for the brand! It becomes reduced to the phenomenon of « Lacoste tracksuits”, an image of a low-range brand… Fortunately around 2010, the brand made a great comeback, launches new modern collections and takes its iconic codes for young, trendy and avant-gardiste customers. It is a rather elegant brand, with minimalist and simple designs, of all colors and with different cuts, from the famous polo to the sweater and the shirt. 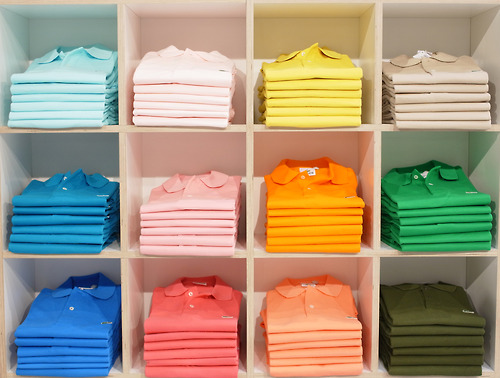 Lacoste polo, available in a lot of different colors

Today, fashion and streetwear culture are indivisibles. Hip-hop artists hit the headlines of the world’s leading fashion magazines, and Streetwear brands go with traditional haute-couture brands on catwalks and fashion shows. Luxury brands are even joining the streetwear brands as it is the case for the recent collaboration between Louis Vuitton and Supreme. The trends have changed somewhat: today the cuts are more curved, collections more refined and the confection a little more worked. Dressing in streetwear can now be expensive, which is paradoxical if we look at the modest origins of the movement. More and more young labels are launched and are the masterpieces of streetwear today.

It all started when New York rapper A$AP Rocky showed up everywhere with Pigalle branded items. Since then, the brand has literally taken off! It used the talents of Lesage embroidery workshops to make its articles. This brand is a fine union of good taste and streetwear that has already won over American rappers. 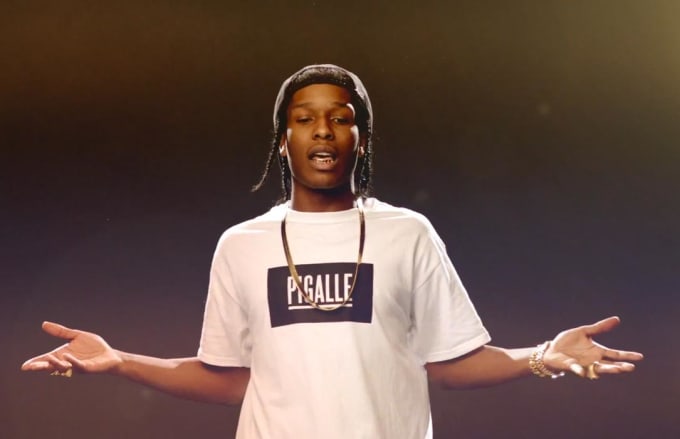 Poyz & Pirlz is a young French brand that has chosen to adopt a vintage positioning that reminds the streetwear atmosphere of the 90s. Whether in comfortable cuts reminding streetwear in its early days, in the choice of designs or in the choice of fabrics, the brand plunges us into a relatively 90s atmosphere. 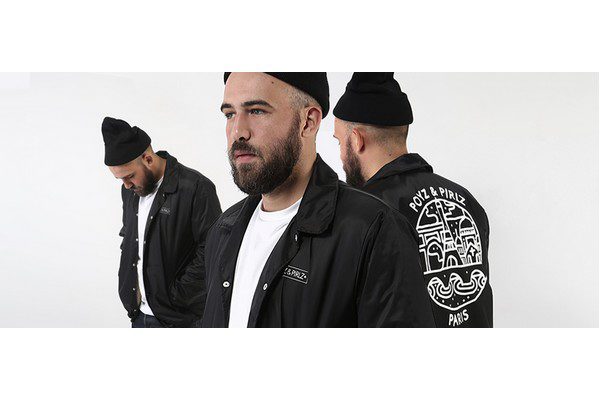 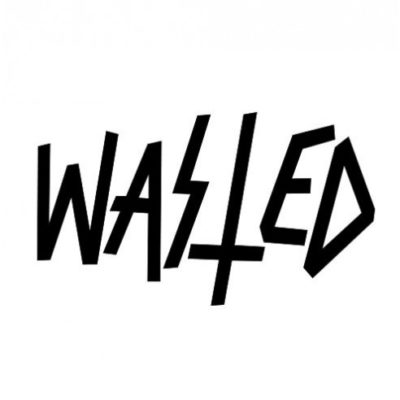 Wasted is a bit of the Streetwear rock brand. It is a voluntarily vintage brand that draws its inspiration from the rock trends of the 90s, brought up to date. The typography of the brand express this positioning which reminds us a bit of a punk style, like a London thrift shop. 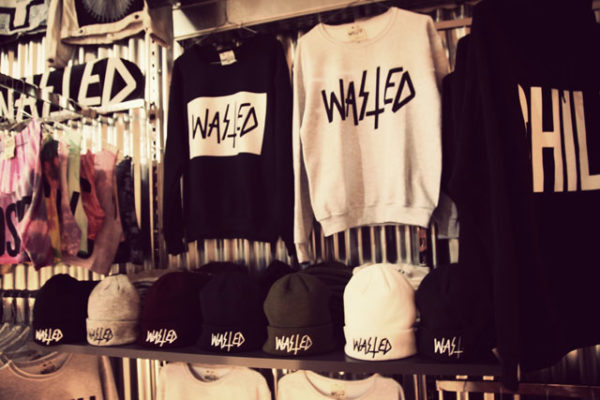 There are still many other new French brands that it would be impossible to mention. Be that as it may, if you’re interested in the streetwear culture, you’ve probably heard of these brands!

Between modernity and vintage, streetwear is definitively the trend of recent years and in view of the many independent creators who are launching, streetwear still has a bright future. And as we often say in the streetwear culture: “It’s not what you wear, it’s how you wear it !”