Warning: fopen(/home/ofrench/tmp/style.instances-yBcNs1.tmp): failed to open stream: No space left on device in /home/ofrench/web/ofrench.com/public_html/wp-admin/includes/class-wp-filesystem-ftpext.php on line 185

What would we be today without all the inventions that have been launched since all these years? These objects, gadgets and other devices that have literally revolutionized the way we live. Thanks to their genius, the inventors came up with ideas, which can sometimes seem simple, but which still made life easier for a large amount of people all over the world. In the field of science, technology or everyday life, many more or less useful inventions have become real objects that we need every day.

There are even today different inventor competitions in the world, where apprentice inventors can present a prototype and its functioning to try to win a reward and why not, definitely launch their invention on the market! There is for example the Lépine Contest which takes place each year in Paris and which unveils the great inventions of tomorrow. There are also other competitions abroad, where some French inventors are not left out and show that France is an innovative country. Moreover, a large number of very useful inventions have been invented by French personalities. You probably know them, but you may not know their origins. Here is a list of the greatest French inventions!

Every day we need to get around, whether to go to work, go shopping, or just go for a long distance. Transport revolutions have greatly changed the lives of citizens and given them more opportunities by connecting remote locations.

This is one of the steps that led to the bike as we know it today, with all its features and modernity. Originally, an inventor had made a first draft of the bike, but it was not very conclusive, there was just a frame with a train of direction. It is Pierre Michaud who invented the pedalboard in 1961, thus making it possible to use the force of the legs in more efficient ways to advance the machine. The velocipede, as it was then called, is a great success, especially with the bourgeois because of its relatively high price. Today, the bike is everywhere and has undergone many transformations to make it a very used object in many cities of the world. 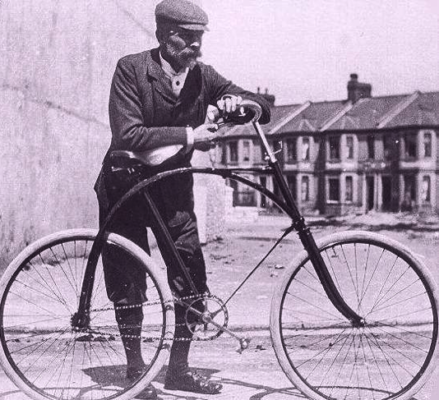 The bicycle of Pierre Michaud

Everyone knows that the automobile car as it is today is derived from the Industrial Revolution in the 19th century, but did you know that at the end of the 18th century, it is a Frenchman named Nicolas Joseph Cugnot who launched the first functional motor vehicle? He managed to power his prototype with a steam boiler. The prototype of the time was not made of a car body as we see in our time, but was rather a kind of cart that can carry heavy loads. Be that as it may, it is undeniable that Cugnot’s work inspired all the evolutions that were realized later and was the sketch of the modern car. 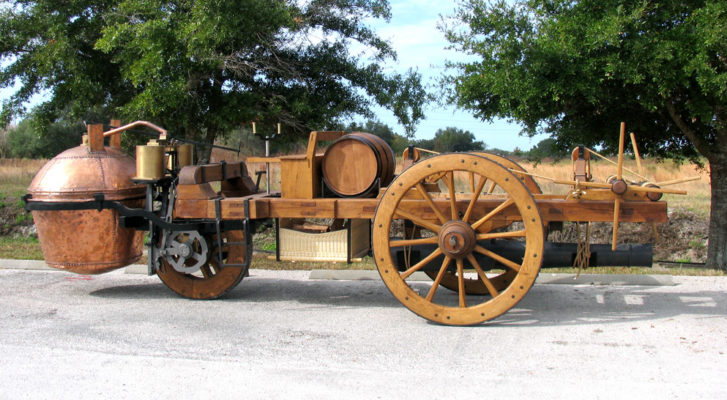 As for the automobile, the aircraft as we know it today has undergone a lot of changes before becoming a means of locomotion to connect cities at great distances safely. But the first draft of the aircraft was made by the French engineer Clément Ader in 1890. At the time, and with the means and knowledge made available, it is clear that this first aircraft prototype would not allow to transport people, to fly high and over long distances. This first prototype has only managed to take off from the ground for 20 cm and a few meters away. But Clément Ader is nonetheless an aviation pioneer having proved that it was possible to fly a machine of a weight. 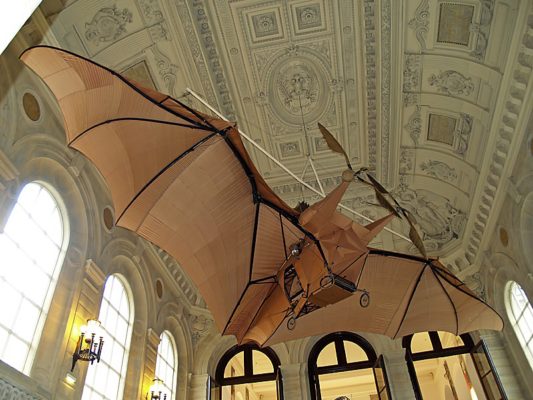 The plane of Clément Ader

The TGV is the revolution of the railway transport industry in France. He was born thanks to the project of the former President of the French Republic, Georges Pompidou. This high speed train was launched in 1981 and was intended to connect the major cities of France faster than all other means of transport to find customers who began to leave the train for other means of transport. The first test was the Paris-Lyon route, originally with a speed of 260 km / h. Today the average speed is 320 km / h, with a speed record of 574 km / h. This train line is aptly named! Today the TGV serves most cities in France and allows for example many workers to make a long daily commute to work and return home at night. For example, a trip from Lyon to Paris by TGV takes about 2 hours, which is very short! 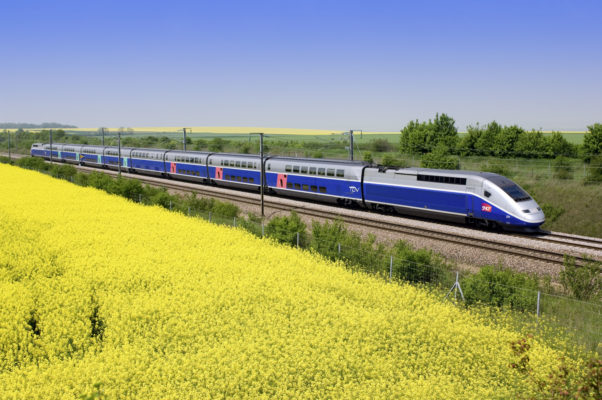 Today photography is an art, and innovations allow us to take pictures ever more beautiful and ever more realistic, but for the beginnings of photography, we were far from all that. Joseph Nicéphore Nieps took the first picture in 1826. Photography was born with principles from many fields, such as technology and chemistry. Indeed the first prototype camera fixed an image on a tin plate. All this thanks to a black box with a hole through which the light comes in touching a white background soaked in some chemicals that are known to blacken in contact with light. So that allows to reproduce an image. It seems quite technical and complicated and it was necessary to use the work of different people, but Joseph Nicéphore Nieps has managed to take the first picture of history! 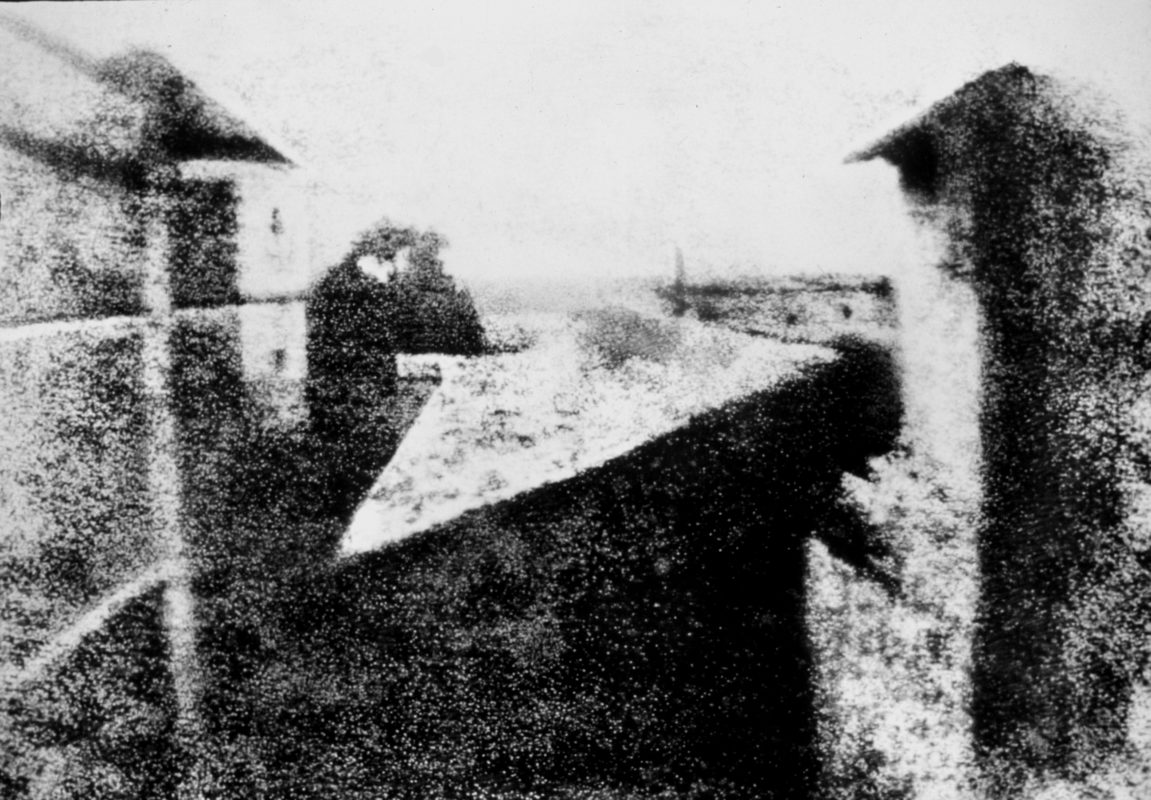 The first picture that have ever been taken, by Joseph Nicéphore Nieps

In 1895, Louis and Auguste Lumière, also known as Lumière Brothers, designed the first cinematograph, an apparatus that allowed both to shoot a film and at the same time to project it. They are also the origin of the first film in history, La Sortie de l’Usine Lumière à Lyon, projected in 1895. The camera actually allows to record moving photographic views. By projecting these animated images on a big screen, they invented at the same time the movie show. Today and after many evolutions, cinema has become an entertainment and an art in its own right that seduces the majority of us!

The inventions of everyday life

The modern bra is actually somehow an evolution. Indeed her inventor, Hermine Cadolle, has the idea in 1889 to cut a corset below the chest, mainly for comfort reasons. The invention, when it was presented at the World Fair in Paris, was presented under the name of « Bien-être”. Unfortunately at the time his invention did not have the expected impact on society because this modern bra still had some flaws. Anyway, the inventor is one of the first to have had this idea and designed the bra that is now worn by all women. 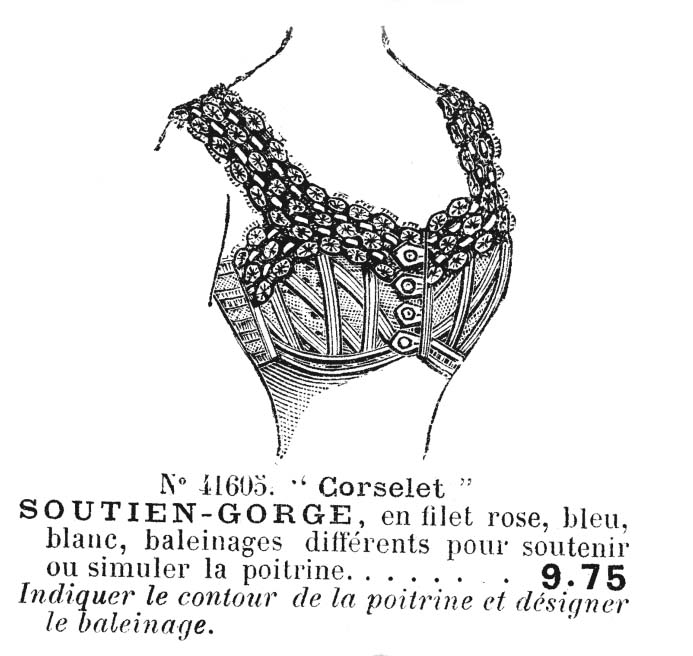 The bra made by Hermine Cadolle

Imagine at the time, when all methods of conservation did not exist yet, our ancestors were forced to buy their products from day to day or to find other very inefficient alternatives. It would be complicated today with our present society where everyone works and is busy. It is thanks to Nicolas Appert during the 19th century that things have changed. Indeed, Nicolas Appert is the inventor of the food can. Its concept called Appartation, allows to preserve food in airtight containers, and to heat them at very high temperature to destroy the bacteria. As a result, foods can remain edible for a period of time and can be stored longer. 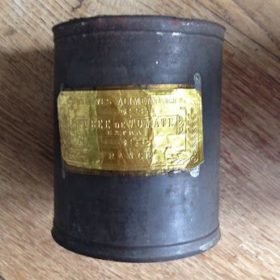 The first food can, by Nicolas Appert

What’s more unpleasant than having to go out and walk in heavy rain? It’s not pleasant and it puts us in a bad mood. This is perhaps what Jean Marius thought about in 1705 when he invented the first folding umbrella. Its invention allows in addition to being folded and stored in a pocket, which is very practical and compact. At the time all the high society wanted to get one, it was almost a fashion accessory. Today, everyone still uses the umbrella that seems to have been a major invention that quickly conquered consumers, especially since there is little alternative to the umbrella. 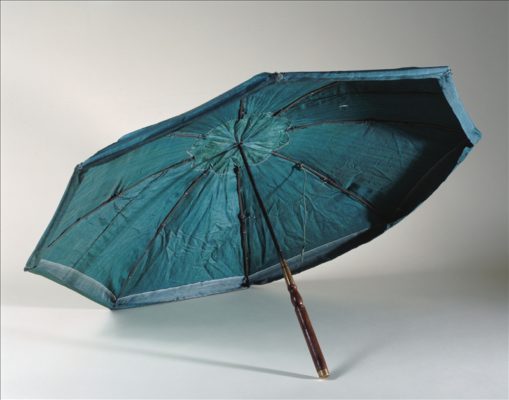 The first umbrella by Jean Marius

It is complicated for the partially-sighted people to evolve and lead an easy everyday life because of their vision problem. Tasks that may seem simple to us may seem complicated for them, such as reading packaging for example. This is why the 15-year-old Louis Braille invented in 1825 a system of false characters, a tactile writing that uses points to form a code, each code representing a letter. So it’s a kind of new alphabet to learn, but it is certain that Louis Braille has favored the lives of a huge amount of visually-impaired and blind people. 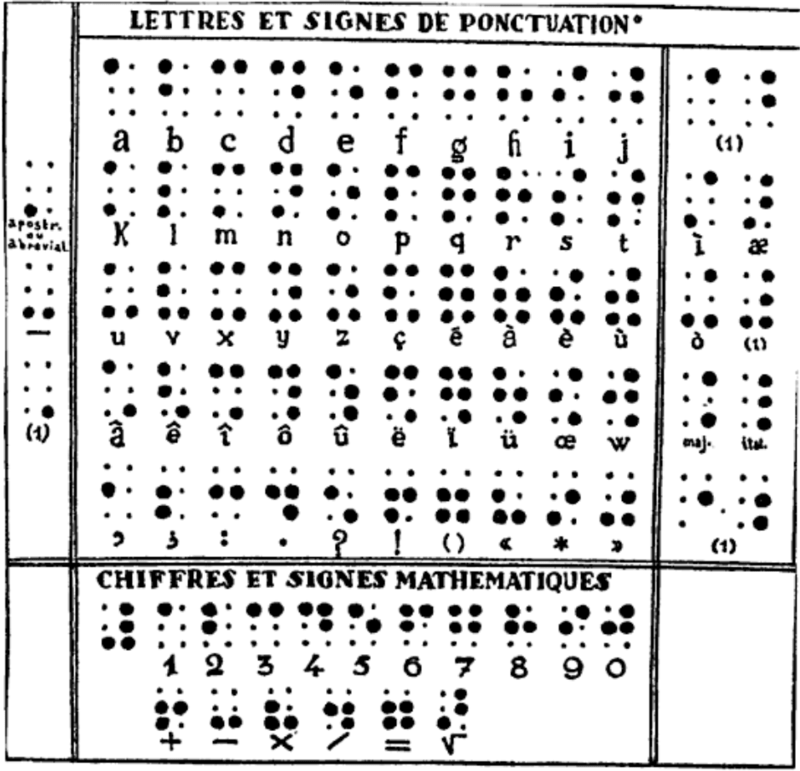 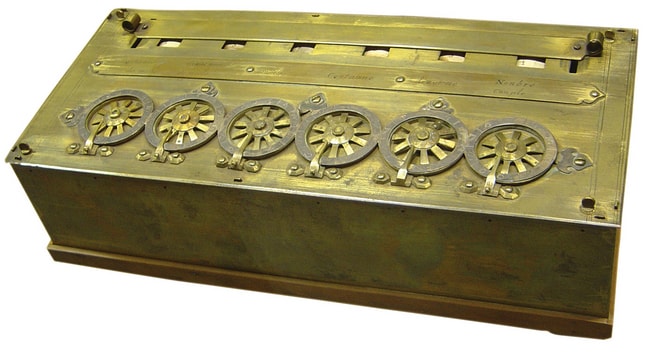 Who has never used a calculator today to make a calculation that he could not manage? Before the modern calculator, Blaise Pascal invented in 1642 the calculating machine, allowing to add and subtract two numbers, or to make multiplications and divisions. He has launched the first prototype to perform operations without having to do mental arithmetic… This helped his father at the time, who as superintendent of Upper Normandy had been responsible for putting the tax revenues back in order.

There are still many other inventions invented by French men and women who have revolutionized the way we live and have greatly facilitated our daily lives. France is not outdone when it comes to innovation and one thing is certain, it is not likely to stop when we see the rather large number of French people who try the experience of inventor by participating in inventor competitions!