He’s an icon of French cuisine, especially known for his molecular cuisine, Thierry Marx is also famous for his participation in the reality show ” Top chef “. He is one of the today’s influential chefs and is a unique personality on the international food scene. Over the course of his thirty-year career, he has been a chef in some of the greatest restaurants in France, and has traveled all over the world expanding his diverse knowledge. His cooking style is creative and innovative. He is undoubtedly inspired by his native France, home of New Cuisine, as well as by his long trips around Asia and the Pacific, from Australia to Hong Kong and from Thailand to Japan.

With his Bruce Willis-like bad boy style, Thierry Marx is a revolutionary and fraternal cook who is often employed by the very rich all the will in the pursuit of setting precedents for a generation of cooks looking for a leader.

A critic of the established system while all the while of a christian faith, this big-hearted chef is a free electron for whom cooking comes natural and has a special social bond that tends to bring people together. His atypical, adventure-rich journey started in Ménilmontant and led him through Mandarin Oriental Paris, to the rue Saint-Honoré via the Château de Cordeillan-Bages, where he laid the base that would lead to his fame.

Born into a family of Polish immigrants, he grew up in the 20th arrondissement of Paris, in a Jewish Ashkhenazi community. There, he met people from different cultures and fell in love with street food. Coming from a modest environment where he was fed “practical food”, haute cuisine was not part of his daily life. In 1978, on the advice of his grandfather, for whom knowledge was essential, he made his way around france at 15 years old as an apprentice pastry chef. He meets the elite, gains an incredible know-how and visits different provinces and territories.

At age 18, Thierry Marx joined the army as a paratrooper in the naval infantry. He became a blue helmet in 1980 during the black period of Lebanon. His returned to France marked by these terrible events, and began a career as a turn-by-turn, fund carrier and handler, until finally getting back behind the stove and passing his BEP / CAP as a cook. Although he is not very reminiscent of this period, he admits that it has definitely transformed him into a citizen of the world. Without the support of any terroir, he is accepted as a clerk at Taillevent and then pursues his culinary education at Robuchon and Chapel before really settling in as a chef. Influenced by Bernard Loiseau, he creates a cuisine rich in flavors. In perpetual research, Thierry Marx never stops innovating. He attempts to comprehend the composition of food, its structure, and the reactions involved in preserving the original taste of the product. With an insatiable curiosity and a natural gift for deciphering trends, Thierry Marx blends elements of haute cuisine, original creations and the world of street food, which he he defends as a social vector for very strong integration, without limit. 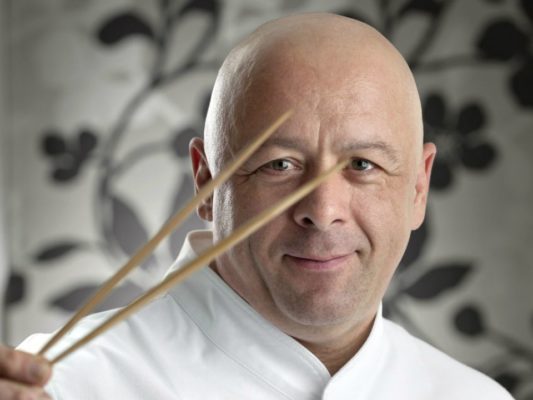 Thierry Marx’s almost scientific approach earned him the nickname “culinary alchemist”. To further this, he has ensured that his name is often associated with molecular cooking. Many consider him to be one of the world’s foremost, influential representatives. In Marx’s approach to research, he makes the point of separating the chemical aspect and the physical transformation of food. Together with Raphaël Haumont, he founded the Center for French Culinary Innovation, a research laboratory that combines science and the culinary arts.

Far from claiming a status of chemist, he is a big fan of revisiting culinary classics. He puts forward an inventive, molecular cuisine that allows him to go further into the conception of dishes, designed to open the mind. The play on temperatures and textures is a common thread of his cooking that is inspired from his Japanese training.

He uses modern tools, from the 21st century, to get the most out of the raw product. In this sense, his activities are not limited solely to molecular cooking, but encompass a complete study of the product. Influenced by the cuisine of Kaiseki (Japanese Gastronomy), his great technical mastery allows him to take the raw product to places never seen before. His cooking takes his lucky diners through quite a journey, gradually taking you exactly where he wants. Regardless of whether his style of cuisine is molecular, destructured or avant-garde, the essential elements will always be in the plate, with flavours that are rich in emotion and bring us back to the basics: sharing a thought-out meal, designed and offered by a free man. 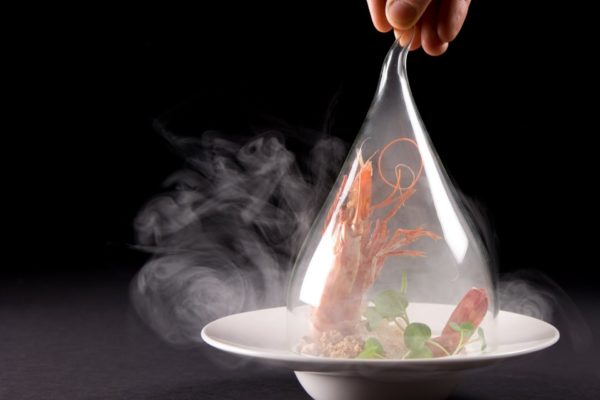 Thierry Marx’s signature and favorite dish is the soy risotto with truffle juice. It has always been a constant on the menu. The recipe dares to combine very powerful tastes, such as an iodized note with a light crunch of soybeans that burst in the mouth in the middle of a creamy texture. 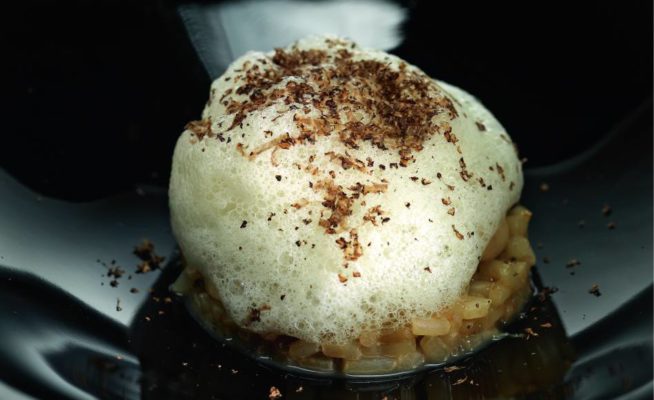 The chef has practiced and taught combat sports for several years (judo, jujitsu, krav-maga) and has spoken about his experience in the French army many times. These experiences have taught him the rigor that is evident in both his management style and his kitchens.

Thierry Marx is also active outside the kitchen. In 2009, he created the nomadic cooking school with the town hall of Blanquefort (Gironde) where he welcomed people in social difficulty for short courses. He also frequently visits detention centers, where he teaches cooking classes.

In 2012, he founded a school for reintegration, called “Cooking mode d’emploi(s)” in Ménilmontant, in his childhood district. There, not only ex-prisoners, but especially young people who failed in school, have the chance reintegrate into society by learning a craft around the kitchen, free of charge. In 2016, four new schools were set up throughout the country: in Besançon, Villeneuve-Loubet, Marseille and Grigny.

Thierry Marx is part of the 2013 promotion of the Legion d’Honneur. He received the prestigious civilian and military medal with the rank of Chevalier, as a reward for his work in favor of social reintegration.

Today, and since 2010, he runs the Parisian restaurant Mandarin Oriental, in which he created the Sur-mesure by Thierry Marx (for which he has received two Michelin stars), the Camellia and a pastry counter.