Warning: fopen(/home/ofrench/tmp/style.instances-gDBUIG.tmp): failed to open stream: No space left on device in /home/ofrench/web/ofrench.com/public_html/wp-admin/includes/class-wp-filesystem-ftpext.php on line 185

Be it zoos or animal parks, France offers a host of exotic and amazing places. Many among them are well worth the visit, for the beauty of their setting and the diversity of the well treated animals. Let’s talk about these places, where the animals are king of the world. Without further ado, we’ll take you to the four corners of the territory to discover the most beautiful and largest zoos in France.

The Zoo, also referred to as Zooparc de Beauval, is a zoological park located in the town of Saint-Aignan, in the department of Loir-et-Cher. This 26-hectare park is considered one of the 15 most beautiful zoos in the world for the quality of its facilities and the diversity of animal species that it contains. With more than 4600 animals, including 2000 birds, it can boast about having more than 600 species behind its fences, many of whom come from the four corners of the world. This zoo is one of the largest animal parks in Europe and showcases some very rare species: koalas, white tigers , white lions, okapis, arboreal kangaroos and manatees, to name a few. 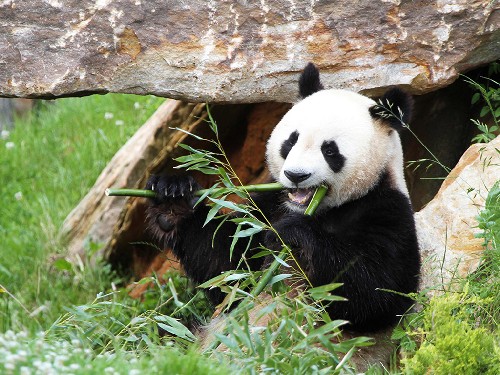 The Sigean African Reserve is a zoological park located in Sigean. It is home to over 3,800 animals that live peacefully on the park’s 300 hectares. A short distance from the Mediterranean, located in the Aude to be precise, the Sigean African Reserve features vast plains that easily compare to those of the bush. It is a place of research, conservation, education and leisure. The reserve counts lions, elephants, rhinos, zebras, impalas and wildebeest, but also emus, macaws, pythons, boas, alligators. This park’s speciality? Taking advantage of its immense expanses to preserve the wild nature of the animals. The park is divided into two parts, the first of which is crossed aboard a vehicle and takes you through four large spaces dedicated to bears, lions, bush and African savannah. The second part of the park can be visited on foot. Both adults and children can admire many primates, birds and other mammals from around the world. Each year, the reserve records new births. Since 1974, date of its creation, it has had over 10 000 births. 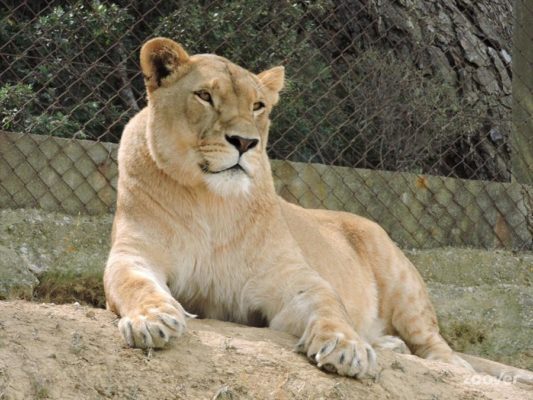 One of the largest zoos in France is located near Royan on the Atlantic coast, in Charente-Maritime. Nestled in the heart of a pine forest, this zoo was founded in 1966 and boasts some of the most successful landscaping efforts to date. Here, more than 110 species are grouped in 6 categories, birds, primates, carnivores, ungulates, marine mammals and reptiles. Combine all the categories, and that’s more than 1600 animals. Among the most impressive and perhaps the most endearing species they house are gorillas and polar bears. They can be admired both on land and under water thanks to large underwater viewing areas.

Zoo La Flèche, was the very first private zoo to see the day in France in 1946. Since then, it has had unbridled success. With 1,500 animals representing a total of 150 species and 800 varieties of plants, this zoo can offer a feature that makes all the difference. Visitors can take advantage of this opportunity to live one in a lifetime experiences, sleeping with polar bears, tigers and white wolves. It is possible to wake up alongside the lemurs, all thanks to different lodges built in the heart of the 14 hectar lot. 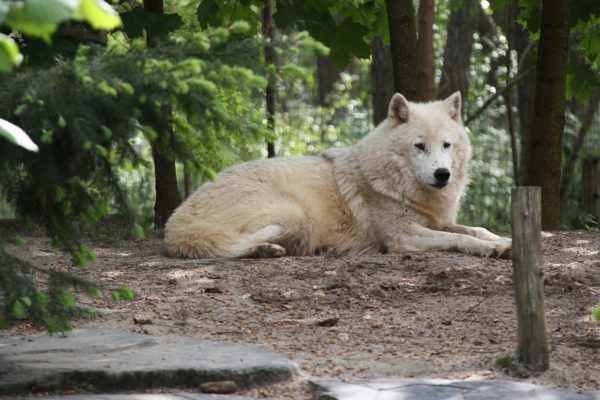 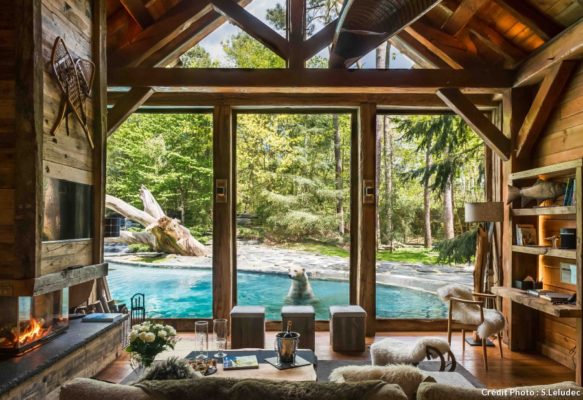 The Amnéville Zoo is one of the three largest zoos in France. It is also considered to be one of the most beautiful in all of Europe. This zoo, located in Moselle, between Metz and Thionville, is home to 2000 animals, representing 350 species, on 16 hectares of forest. The animals, all born in captivity, are grouped in large enclosures which simulate the natural environment of each species. It is one of the most demanding zoos in terms of ethics. It welcomes animals from all continents, but only if they were born in other zoos or breeding establishments. They refuse to take animals directly from the wild. Behind its walls, visitors can glance see elephants, giraffes, tigers, emus, parrots, black panthers, white rhinos and even polar bears. The park boast a number of endangered species, including the rare white tiger. It record between 150 to 200 new births every year. 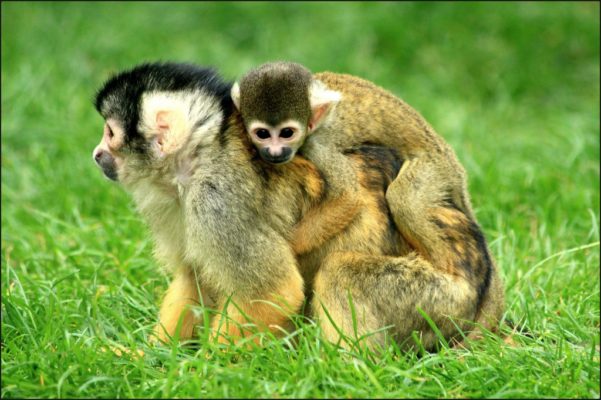 The Zoo of Doué-La-Fontaine welcomes nearly 1,000 animals on over 15 hectares of beautiful terrain, most of it dug out of the rock. The animals are spread out over different areas, with several species in the same large pen, with the exception of felines and other big cats. This zoo is home to several emblematic species such as tigers, lions and lynx. The most impressive feature of this park is the Great South American Aviary, where visitors can come to admire the elegance of birds in flight.

Nearly 400 birds from 28 different species are represented, which is the most anywhere in Europe. 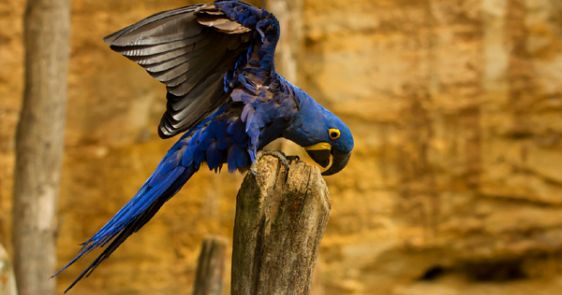 The Doué-La-Fontaine Zoo is also involved in numerous conservation projects across the world, although primarily in France. The zoo actively contributes to the conservation of at least sixteen different animal species and their natural habitat. The different active programs include lemurs, spider monkeys, giraffes, bears, snow leopards, Sumatran tigers and birds. 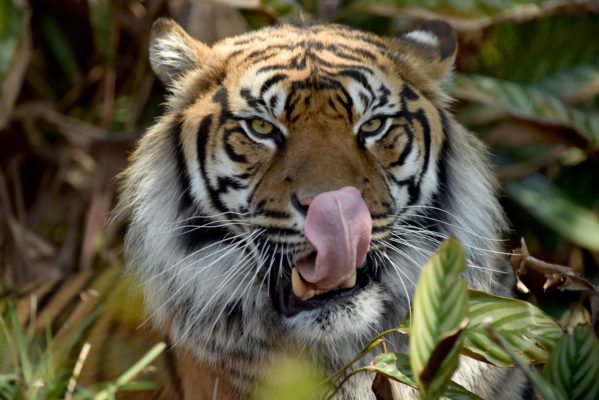 From the Mediterranean scrublands to the Amazon rainforest, it only takes one step! The Zoological Park of Montpellier welcomes more than 1350 animals and has the largest Amazonian greenhouse in France. With its 80 hectares, Lunaret zoological park is the largest green space in the city and one of the largest zoos in France. The Montpellier zoo has 52 mammal species, 30 bird species and 15 reptilian species. In all, more than 1350 animals, from 141 species, call this place their home, sourced from Africa, Eurasia, South America, Oceania or locally. About thirty species of birds are also residents of the zoo, as well as reptiles: snakes, lizards, turtles and other crocodiles, spread over 2 ponds and 52 enclosures, most of which are among the largest in Europe. 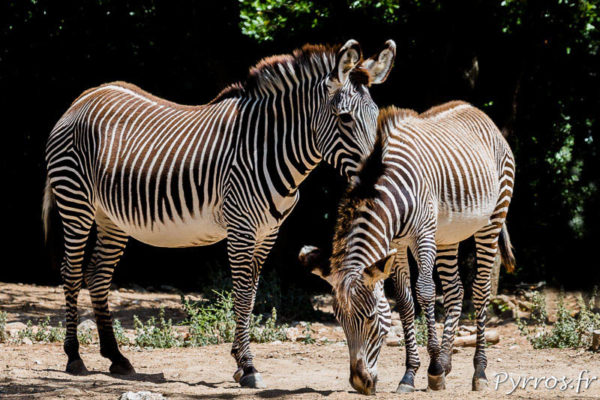 The Feline Park is a zoological park dedicated, as its name suggests, to the world of felines and lemurs. The park uses more than 70 hectares of green space to create large enclosures with access to water, to assure the animals’ welfare. The park is divided into 4 sections: European, African, American, Asian. In all, it hosts about 140 felines, including 26 different species. The park’s objective is to promote the welfare and continued reproduction of not only the felines, but also of lemurs. It is a unique place, full of character, located on the forest estate of La Fortelle. 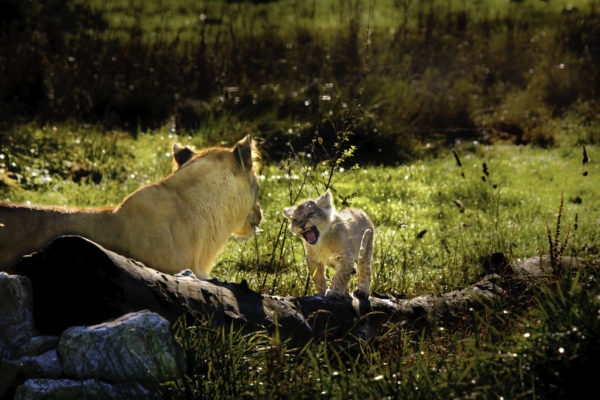 Planète Sauvage, or Wild planet, is a wildlife reserve where both wild terrestrial and marine animals from all continents coexist. This animal park, which covers more than 80 hectares and hosts nearly 1000 animals of 150 different species, is composed of four parts. With a 10 kilometer long Safari ride aboard a vehicle , visitors pass through two dozen plains that are populated with many impressive animals such as elephants, lions, giraffes, bears, tigers, cheetahs or even antelopes and kangaroos. All 5 of the continent’s largest animals are available for close inspection. Next, there is the Marine City, The Bush Village and The Jungle Trail, which can be visited on foot. 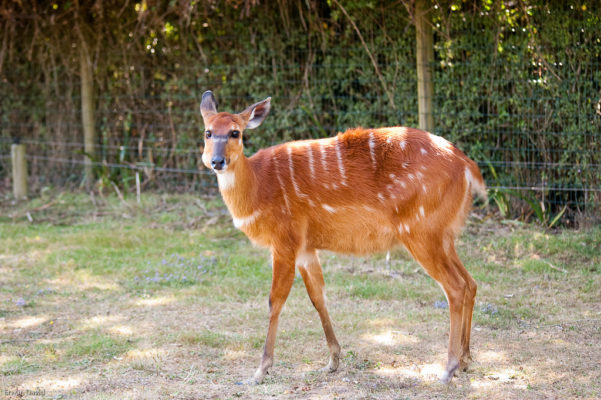 The Thoiry Park, located in the Thoiry castle domain in the Yvelines region, is a zoological park with an unique concept. Within the domain’s 380 hectars, 150 are reserved for about 1000 animals from 130 different species, including 46 species of mammals, 26 bird species, 9 species of reptiles and 10 species of invertebrates. 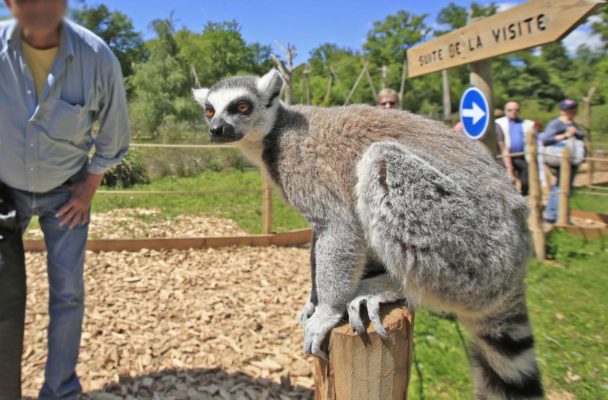