Warning: fopen(/home/ofrench/tmp/style.instances-uj6HxX.tmp): failed to open stream: No space left on device in /home/ofrench/web/ofrench.com/public_html/wp-admin/includes/class-wp-filesystem-ftpext.php on line 185

France is already recognized for its great cinema, but it’s also made its place among creators of original series, alongside the United States, United Kingdom and Scandinavian countries. If you too love to consume TV shows, discover our top selection of our 100% French series:

Based on the American “prcoedurals” like New York District’s or The Wire, Canal+ launched in 2005 Spiral with the ambition to portray the entire judicial chain involved in a police affair. It played on the archetypes and genre such as the borderline cop, the honest judge, the ambitious prosecutor and especially the unscrupulous lawyer played by Audrey Fleurot. 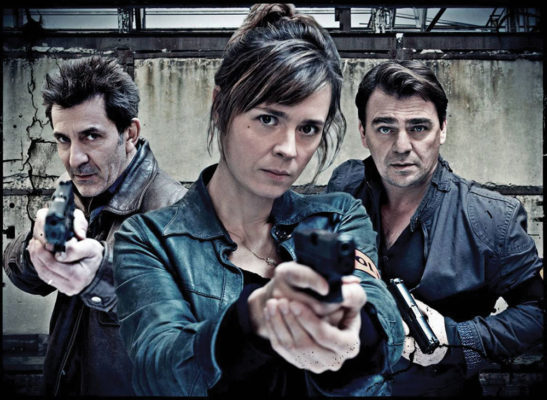 Don’t do this, don’t do that (Fais pas ci fais pas ça)

Let’s be honest: in deciding to confront a blemished family (The Bouleys) and a traditional catholic family (The Lepics), the authors of “Don’t do this, don’t do that” did not take a lot of risks: the comic reliefs seemed quite obvious and enough potential gags to go downhill over several seasons. However, the series surprised everyone with its skillful writing and the actors (Guillaume De Tonquedec, Bruno Salomone, Valery Bonnetton) who quickly proved to be quite brilliant. 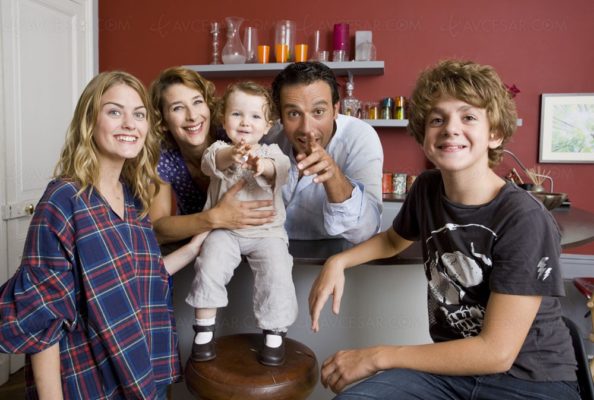 The daily of life of a luxury hotel, seen as a madhouse inside which the cream of comedy made its gamut (François Morel, Valérie Lemercier, François Rollin) or drew its arc (Jacqueline Maillan, Claude Piéplu, Jean Yanne). In the great theatrical tradition of French social satire, it’s here the great chic (and the high censored society who embodied it) the Jean Michel-Ribers’ troops made it on the grid. 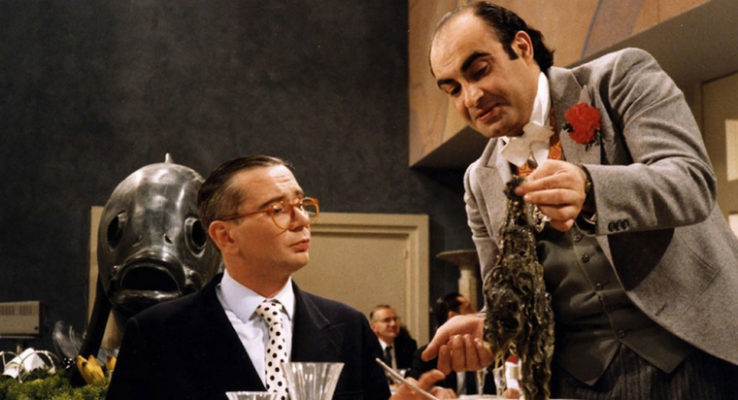 From 2002 to 2008 a former RFI journalist held a restaurant in Kabul, reserved for expatriate clients. A festive place where alcohol flows freely, in the heart of a rigorous Muslim country. This story drew more a comedy with the likes of Mr. A.S.H than the 7th Company. Gilbert Melki, whose comic slaughter was known since The truth if I lie (La vérité si je mens), played the boss of the establishment. Simon Abkarian, less familiar with comedies, composed a warlord as painful as exuberant. 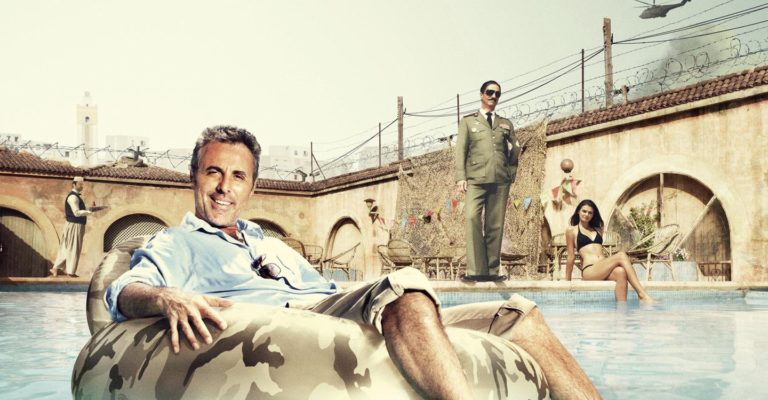 We’re not gonna lie to you; we are not regular viewers of the France 3’s flagship series. Yet many of the characters have become familiar over time or watching it over dinner at granny’s or a late rerun. Not to mention, the flaky TV magazines to kill time at the supermarket checkout. Add a taste for twised intrigues with the presence of some proud representative of the young French cinema in the writer’s room (Rebecca Zlotowski for example) and you will get as perfectly hype program.

Hilarious hospital series of debility, with scenarios drawn by the hair with idiot characters and/or manipulators. Everything resides in the often-improvised interactions between Eric Judor (Aimé), Jamel Debbouze (Jamel), Ramzy Bedia (Sabri), but also Sophie Mounicot (Clara) and the incredible Jean-Luc Bideau (Dr. Strauss). Much like Seinfeld, there are many lies and weaknesses here, but they are embellished with a regressive happy spirit and linguistic deformations of a luminous stupidity. 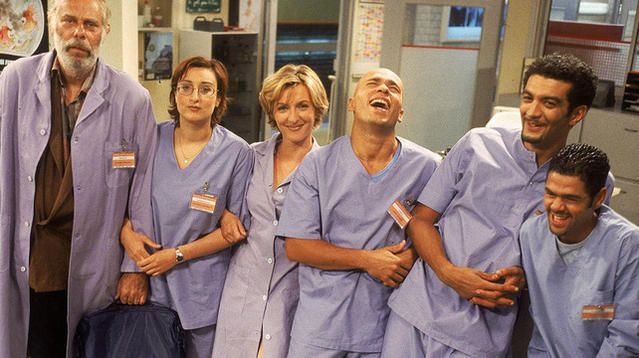 On August 29, 2011, Grand Journal viewers discovered “Bref”. A mini-series created by two unobtrusive authors, Kyan Khjandi and Bruno Muschio, and an inspired young producer, Harry Tordjman. The pitch? The non-daily of an anti-hero, semi-bald thirty-year-old with a depressive tendency (much like a certain Louis CK), told every night in 2 minutes chrono. 2 minutes chrono is also the time it took for this generational program, remarkably written and prodigiously mounted, to become a phenomenon and the creators to be the new stars of the original French creation. Cunningly, the trio preferred to stop after two seasons: Canal + has never succeeded in replacing them. 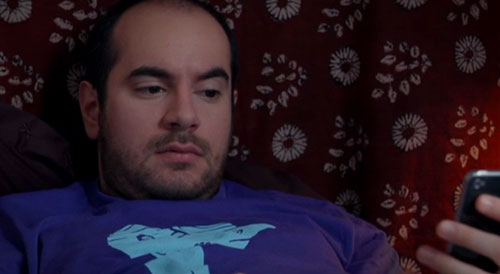 Six episodes lasting 52 minutes (!) about the life of a comedy agency, played by barely known actors (except Camille Cottin): the bet was risky. More or less adapted series on Dominique Besnehard’s life (famous casting director, artistic agent, and also producer), this series is a fascinating dive behind the scenes of French cinema, as well as a declaration of love to the men and women from the shadows, which made and broke, with more or less class, the careers of some of the greatest stars. 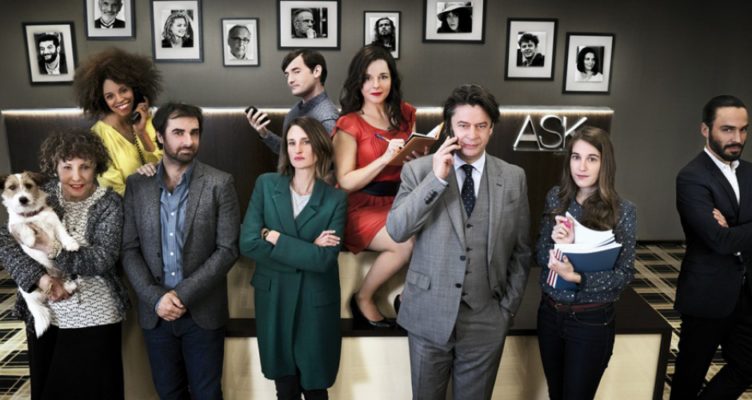 Of course, there is a mystery plot. The dead come back to life, next to their loved ones and give their name to the series. There is this especially strange familiar wheat, with its dam, blueish lights, the mountain and the Mogway’s music. Similar version of a Lynchian dream, The Returned finds a perfect mix in this mixture of suspenseful narratives and drifted ambient, well driven by its excellent casting (Céline Salette, Samir Guesmi, Guillaume Gouix, Clotilde Hesme…).

Oh, how complicated it is to tell about a spy’s job in fictions. Either it’s amazingly spectacular but not credible enough, James Bond type, or it’s boring but based on historical facts (The Farewell case). And then, there is the impeccable Bureau: breathtaking, documented, excellently played (by Mathieu Kassovitz, Jean-Pierre Darroussin and notably Sara Giraudeau). The numerous office scenes are super precise and the action scenes hit you like a slap. A real delight. 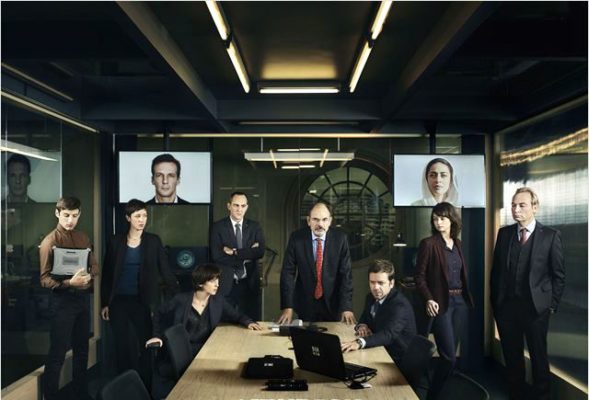 In 1940, a fictional village in Jura is in an upheaval at the arrival of the German army. The series follows the destiny of its inhabitants, their flaws and secrets. Created by Frédéric Krivine, Philippe Triboit et Emmanuel Daucé, the show obeys this obvious observation: the war, the German occupation and the fear of the present have extinguished all joie de vivre and each inhabitant of Villeneuve (small fictional sub-prefecture of Doubs) is unhappy in their own way. If “A French Village” earned so much deserved success, it’s because the show accepted to relate the ordinary life at the time in all its complexity, ambiguity and uncertainty. It’s an exciting series because it raises the essential and timeless question of the meaning of history. 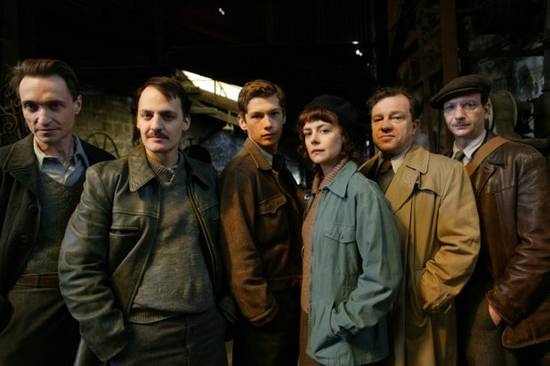 Kaamelott is a French comedy series created in 2005 by Alexandre Astier. The show rewrites King Arthur’s legend and retraces the adventures of King Arthur and the Knights of the Round Table. The series has a total of 6 books (or seasons). Comical in its first seasons, the show begins to take a turn towards comedy drama starting in the fifth, before switching more significantly towards drama in the next book. During its evolution, the series extended the duration of its episodes, from a sitcom format to a longer duration, reaching three fourths of an hour in its sixth and final season. 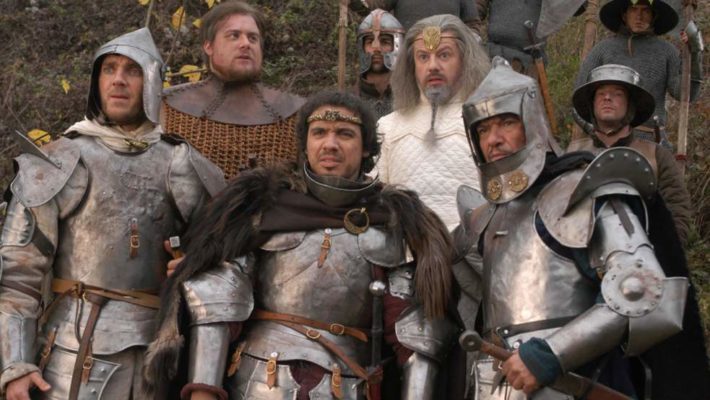 In a luxurious brothel in Paris, 1971, three women try to escape the servitude imposed by men. The very young Rose arrives in Paris, in search of her mother, a former prostitute. She is trapped by a beater and is enlisted by force in Heaven. Vera is thirty-five years old. She knows the end of the career as a prostitute is near. She puts everything on the Plessis’ Baron, her main client and the only one able to buy back her debt. Hortense is the Paradise’s patron. She must hold her daughters in line and resist the pressure from a thug from the suburbs who claims her money. 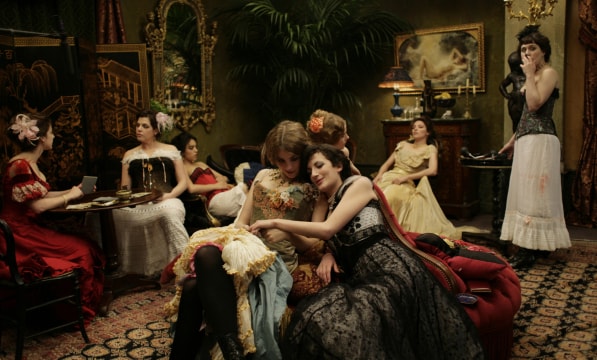 This series humorousl tells the daily life of a couple in their thrirties: Jean & Alexandra. From the most banal situations (in bed, in the living room, in the kitchen, on the phone …) to the most exceptional ones (lost on a desert island, or in the Vercors, Hong Kong, Maurice island, a separation, a wedding…) the life of Jean and Alexandra is far from being a long quiet river. 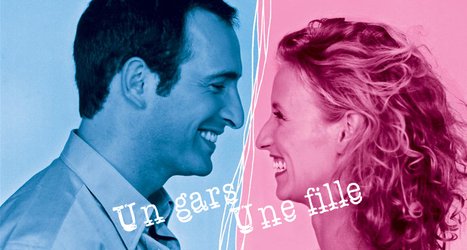 The heroine of this series and its main originality is the coffee machine, located in the breakroom, which becomes the only viewer’s point of view during each episode. Employees parade in front of it all as caricatured as the next one with grotesque humor, even cynical at times.

During Leonardo da Vinci’s time, Rodrigue Borgia passed down as a ruthless pope. His four children represent for him a challenge as important as his opponents’ maneuvers. Violence and passions, noble causes and lowly workers, religious idealism and political pragmatism: on paper, the saga of the most sultan Vatican family was a blessed bread for Tom Fontana. This addictive series, with its captivating outfits, sumptuous costumes, young seductive actresses, undressed scenes, offers and exciting dive into the intimacy of power. Behind the decoroum of the Catholic church and rituals, Borgia tell the story of haggling, lies, reversal alliances, and other twisted moves that entail the conquest and control of power. 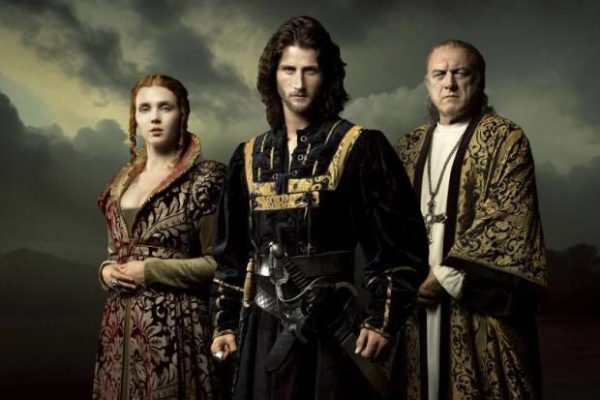