This carnival is not like many others because everyone is an actor and not a spectator. There is no designated zone, no barrier and no parade of floats, like in traditional carnivals. The Dunkirk Carnival is a massively popular event, strongly rooted in tradition. Anonymity is essential at the Dunkirk Carnival so everyone wears masks and disguises, along with make-up and grimaces, which sets everyone at the same level, eliminating any social classes. Any and all taboos are abolished during the carnival period, meaning that everyone is given free rein to let off steam in his or her own way. The go is to free yourself, blow off steam and escape, even for a brief while, from every day life. Up front, the most passionate link elbows and form “bands”. Some, like the “3 joyful band”, are well known throughout the country.

The festivities of the Dunkirk carnival are held every weekend for many weeks but the real start is signaled by the ball of the black cat. There are also other balls: the Kakernesches ball, the privateers’ ball or the ball of the bitter. When Mardi Gras comes around, the 3 joyful bands from Dunkirk, Citadel, Rosendael, and Malo happily parade through the streets, belting traditional songs with naughty lyrics, with a strong drum beat behind. Many Dunkerquois also join in the fun with the multitude of bands that are organized in the sea-side town of Flanders, near Dunkirk. 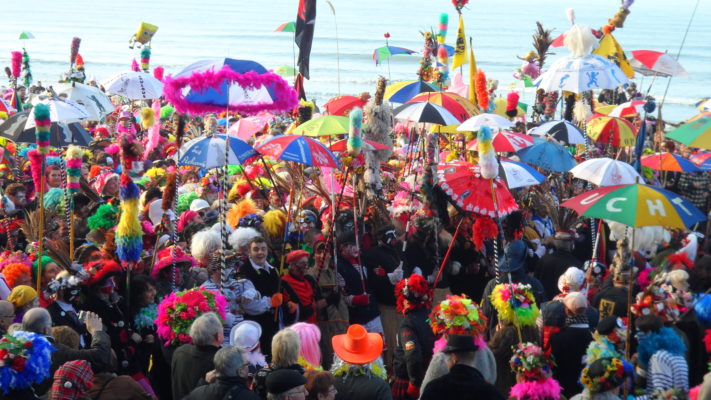 The first parties in Bayonne took place in 1932, organized by lovers of the Pamplona festivities. Over time, the Bayonne festivities have grown to become a must-attend event for the citizens of the region. The Bayonne festivities are renowned for their unique atmosphere. For 5 days, a festive atmosphere reigns over Bayonne, both day and night. The people are out in the street, dressed in the traditional Basque clothing: a shirt and white trousers, scarf, belt and red beret. Over the holidays, most of the restaurants located on the sidewalks are bustling with an actual tide of tourists. It’s easy to see why with all the activities: Basque dances, chariot parades, concerts, public balls, songs, cow races, bullfights, bandas, Basque balls, fireworks. 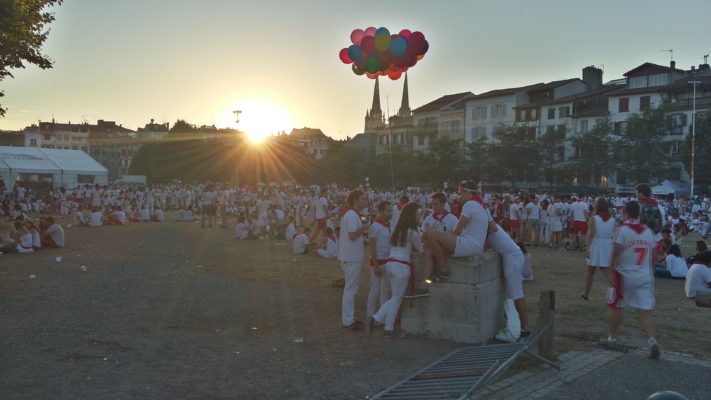 The Inter-celtic Festival of Lorient, or FIL, is a Celtic music festival held in Lorient, Brittany. It’s ten days of festivities during the first half of August during which artists from Celtic regions such as Wales, Scotland, Ireland and even Canada, Australia and Northern Spain are invited. The Interceltic Festival was created in 1970. While traditional songs and the sound of bagpipes still punctuate the festival, famous contemporary artists also enliven the scene with various styles such as rock, folk, jazz and pop-music. 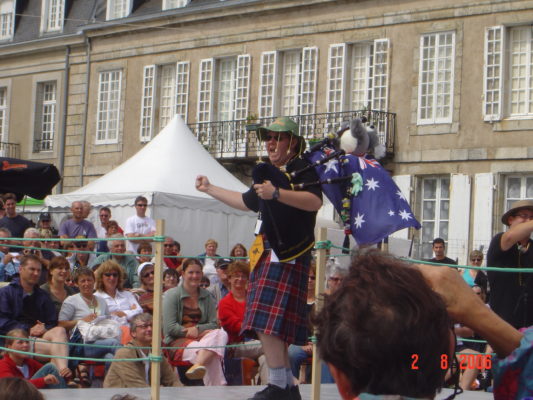 Created in Menton in 1934, the Lemon Festival is a one of a kind event that attracts more than 230,000 visitors a year. It requires more than 300 professionals and 145 tons of citrus fruit. Parades are organized on the promenade of the sun, featuring a blend of citrus fruit tanks, confetti, dancers and folk groups. Prepared in huge vats, Citrus Limonia is celebrated by passionate citizens, fanfares and other goddess-like creatures. During the festival, the Biovès Gardens are decorated with citrus fruit, resulting in a series of ephemeral sculptures that give off dazzling yellow and orange hues. Some can reach more than 10 meters high. At dusk, the orange and lemon statues sparkle with their flamboyant colors, which is why nocturnal entertainment is often organized. 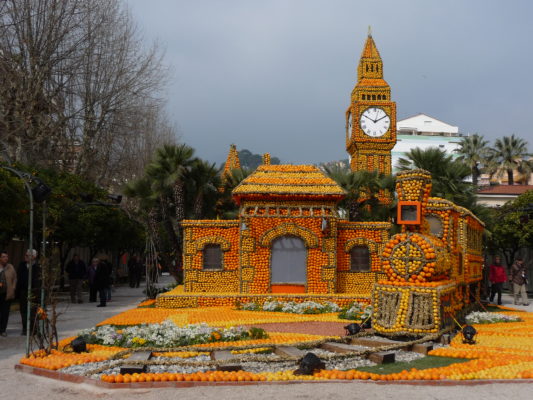 Every year in mid-August, the town of Dax (a commune of the south-west of France) organizes its feria, a big gathering that blends bullfighting and popular celebration. These festivals literally transform the face of the small Landes spa town. For five days and five nights, hundreds of thousands of visitors, dressed in red and white, meet in the streets of the city to sing and dance to the sound of bandas. The arenas are open every day for the occasion and offer typical Landean style bullfights for fans.

The celebrations of Dax are famous not only for their good humor and their conviviality, but also for their heavily lubricated side! Alcoholic drinks flow freely and the cafe terraces are always full. Throughout the festival, the proud Gascon heritage is featured everywhere, with groups of folk music, equestrian shows and local product tastings. Free sports events and parades punctuate the party for the enjoyment of all. On the last day, a big show of bandas and a fireworks cap off these five unforgettable days. 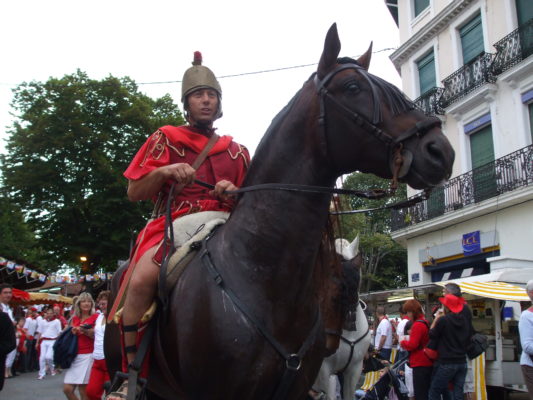 The Saint Louis Feast is most definitely one of the highlights of the year in Sète. This port in the Languedoc Roussillon region was made well known to all thanks to the influence of two talented French entertainers: Georges Brassens and Paul Valery. It is however impossible to understand the significance of the Saint Louis Feast without first noting that the port of Sète owes its existence to King Louis XIV. The Sun King wanted to establish a new port on the Mediterranean coast for strategic reasons. This site was chosen for its location and its geographical predispositions, which makes it an ideal site between the Mediterranean and the Etang de Thau. To celebrate this happy event, a festival is held every year on the eve of this famous 1666 date.

The Saint-Louis Festival ignites the city, formed around this secular tradition that is forever linked to the city’s identity. Games are hosted along the royal canal for six to seven days, which is the very heart of the festival. Be it the Wednesday press tournament, to the Monday heavyweight tournament, which attracts thousands of spectators, it steals the show. Crossing the town of Sète by swimming is also a popular event. Animations, shows, dock bars, sports tournaments and fireworks are also part of the exceptional atmosphere that takes over Sète during this week. 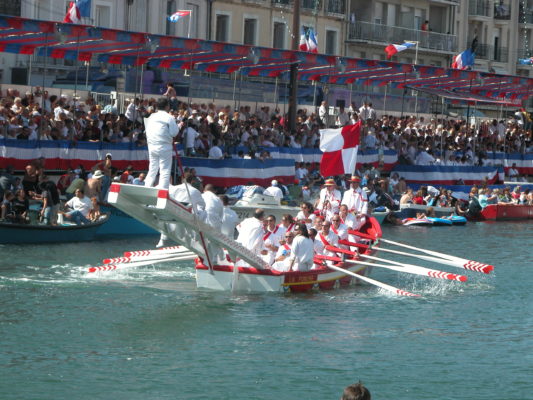 7. The Carnival of Nice

The Carnival of Nice is one of the three most famous carnivals in the world, along with Rio and Venice. It is also the oldest carnival in France, with its origin dating back to the Middle Ages. It is celebrated over the course of 15 days in February, on Place Masséna, Promenade des Anglais, including three weekends. Each year brings a new edition with its own theme. In 2017 it was “King of energy”, in 2016 it was “King of the Media”. The parade consists of line of about twenty 12 m long and 3 m wide floats, smaller floats, carnivals, 150 floating heads, and more. The Carnival of Nice also includes a Battle of Flowers, an illuminated parade, the Vira Roda, the traditional bath and fireworks on the schedule. 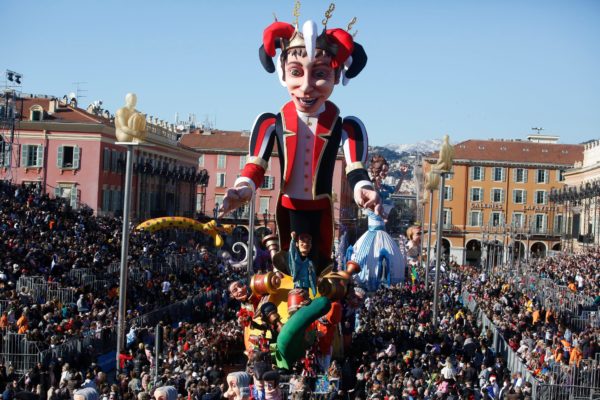 8. The Festival of Avignon

The Avignon Festival is a theater festival organized every year since 1947. It takes place in July in the streets and multiple theaters of historic downtown Avignon. Its emblematic location in the Palais de Papes’ Court of Honor only highlights its importance. The Avignon Festival was founded in 1947 by the actor, director and theater director Jean Vilar, after a meeting with the poet René Char. He coined this event “the Dramatic Art Week in Avignon” and hired a troop of actors who would go on to forge the festival’s lasting legend. With more than 100,000 tickets purchased every summer, it is the largest theater festival in France, both in terms of the number of creations and the number of spectators. 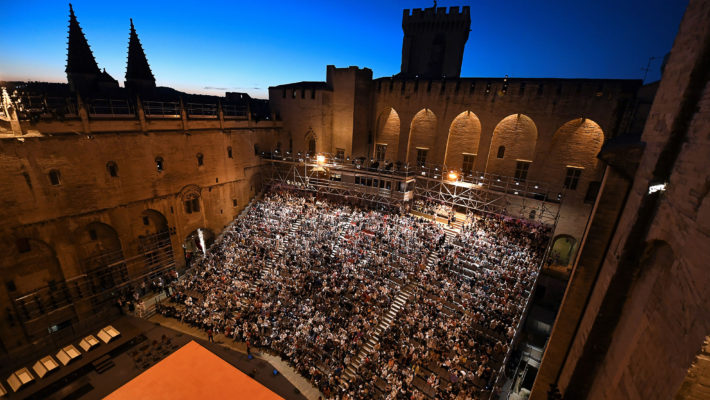 The Saint-Loup festival is a Breton dance and Celtic music festival that is held every year between July and August in Guingamp, in the Côtes-d’Armor region. Created in the 19th century, this festival is one of the oldest in Brittany. It was originally composed of a great pardon and a popular dance within which was held a “feature”, a great farandole dance with professional dancers. In the 1910s, Gouren tournaments and Breton wrestling demonstrations were added.

The Saint-Loup festival is also a great opportunity for the public to discover Breton traditions through introductory workshops on Breton dance and Breton games, a traditional costume contest and shows with typical bagads and fest-noz from the region. The Bugale Breizh, a day dedicated to the children, be they costumed or not, allows them to encounter and participate in many cultural workshops.

The Festival of Lights was created on the evening of December 8, 1852, when Lyonnais citizens had their lit with candles to celebrate the newly installed statue of the Virgin Mary on Fourvière hill. Since then, the party has been renewed every year, and has now become one of the most important urban popular events, attracting several million visitors. Elite light artists meet each year in Lyon in December to present more than 70 creations over four nights. The city is transformed into a vast field of expression and creativity, to delight the eyes of visitors. At the same time a springboard for young talents and the meeting point for a melting pot of internationally renowned artists, the Festival of Lights highlights the richness of light, in all its diversity. 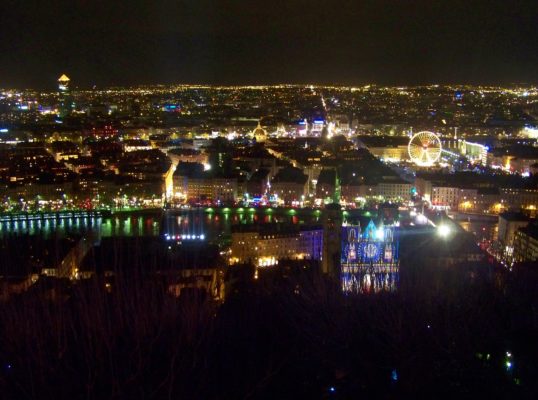 Provins is the former capital of the Counts of Champagne. This town is currently designated as the sub-prefecture of the department of Seine-et-Marne and is also listed as a UNESCO World Heritage Site thanks to its superb fortifications, ramparts and medieval towers. Every year, the city celebrates a festival referred to “Medieval Provins”, dedicated to this important period of their history. These festivals have been hosted since 1984 and consist of street entertainment, historical reenactments of champagne fair, costumed parades, medieval balls, dances, demonstrations of skill, all under a medieval theme. It is one of the most important medieval festivals in Europe, bringing together musicians, acrobats, stilt walkers, craftsmen and many other artists. 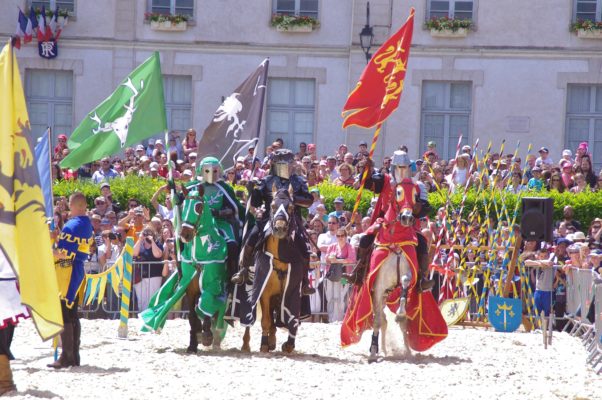 The corso, from the Italian corso (“cours, parade”) is a procession of flower-filled floats that take place in the open air, generally marking the arrival of beautiful weather. In Digne-les-Bains, the Lavender Corso was created in 1929. The first edition tried to highlight the production of lavender, the economic base of the Provençal territory.

Interrupted by the Second World War, the Corso de la Lavande returns in 1945 in a regular form. Today, it is a giant party that takes place over five days, between the end of July and the beginning of August. 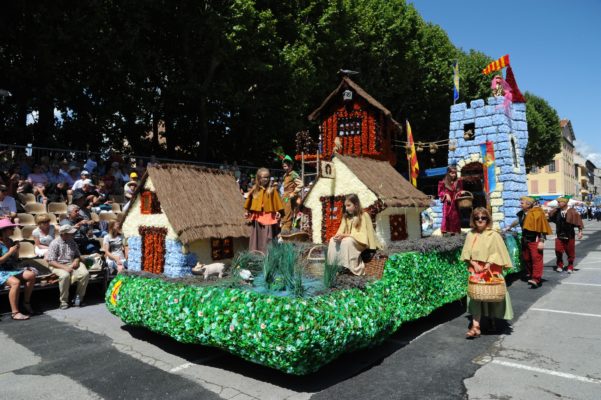