Jean Paul Gaultier, born April 24, 1952 in Arcueil, a suburb of Paris, is the only son of a cashier mother and accountant father. As a child, he particularly enjoyed spending time with his grandmother. It is at her side, surrounded by teddy bears that he fashioned corsets for and the fishnet clad, feather covered dancers of the Folies-Bergères that he passionately watched on tv, that he discovered a vocation for sewing.

At only fifteen years of age, fascinated by Jean Becker’s film Falbalas, he realises that he wants only one thing in life: to create clothes.

In 1970, he sends some of his sketches to couturier Pierre Cardin, who waits until he turns 18 to enrol him in his prestigious fashion house. Gaultier stays for a little less than a year before going to work alongside Jacques Esterel and finally joining Jean Patou’s team in 1971. Three years later, however, he comes back to work in the house where he started. This time, Pierre Cardin asks him to draw a collection for the US market, to be sent for to the Philippines. All the while working on this project, he does not lose any time launching his own collection, unveiling his first models in 1974 at the Palais de la discovered, in Paris.

Determined to make it on his own, he founded his own house in 1976, dubbed Jean Paul Gaultier SA. His first collection is however deemed a flop and the creator actually considers giving everything up for a time. He will have to wait until the 1980s for his brand to finally take off.

Nicknamed fashion’s “enfant terrible”, his goal has always been to go against the grain: kilts dresses for men, conical bustiers for women … In 1983, he comes up with and launches the concept of the toy boy, the blue sailor uniform clad man that would eventually go on to become his trademark. Two years later, his first children’s line is unveiled, followed, in 1992, by a collection of jeans called Gaultier Jean (renamed in 2004, Jean Paul Gaultier). In the 1990s, his various perfumes, accessories and jewelry were met with great success, allowing his company to stay afloat financially. In 1997, he launched his first high-fashion collection for women: Gaultier in Paris. The men’s collection followed a few months later.

In 2004, Jean Paul Gaultier agrees to become the new artistic director for Hermès, the group that owns 35% of his own brand. He would remain at the helm of the brand until 2010.

In 2011, he unveiled his models for babies and his house is bought, in its entirety, by the PUIG group. Despite the buy-out, Jean-Paul Gaultier is not ousted, instead becoming the artistic director for his own brand.

The entertainment world also takes a liking to him, featuring Jean Paul Gaultier in the role of a TV presenter: in 1993 alongside Antoine de Caunes for the Eurotrash show, a Channel 4 broadcast; in 1995 for the MTV Europe Music Awards ceremony and in May 2008, alongside Julien Lepers for the Eurovision ceremony, broadcasted on France 3.

After having designed the dresses for the New Star candidates in 2009, he is selected to be on several juries: the Miss France election in 2010 and, more surprising still, the jury of the Festival of Cannes, chaired by Nanni Moretti, a first for a fashion designer.

In terms of his private life, Jean Paul Gaultier remains very discreet, although all the signs seem to point to him having found the right man to share his life. 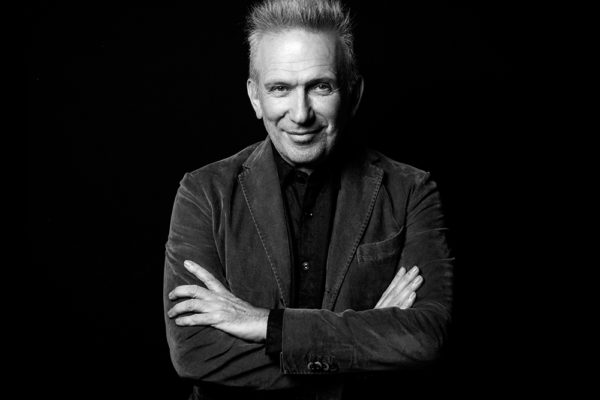 “L’enfant terrible” appeals to the stars

Jean Paul Gaultier’s counter-intuitive, provocative style, often appeals to fashion editors and the world’s biggest stars, who do not hesitate to call the French fashion designer. His first celebrity was Sheila, whom he dressed in 1985 for his concert at Zenith. 1990 is however considered to be his break-out year, the one where he worked with the diva of pop, the great Madonna herself, who entrusted him to dress her. The first meeting between Madonna and Jean-Paul Gaultier is just the beginning of a story that will last. After having designed the famous conical breasts for her “Blond Ambition Tour” in the early 1990s and the costumes for the “Confessions Tour” in 2006, the French stylist once again offered his services to Madonna, for The same year (1990). He also designed the costumes for several of the French star Mylène Farmer’s clips, going on to work on her tour a year later. In 2006, Madonna again appealed to the talented designer for her Confessions Tour. Two years later, he created the costumes for Kylie Minogue’s tour.

Several directors have not hesitated to ask the genius designer to dress their teams. Jean Paul Gaultier has worked for Luc Besson’s “The Fifth Element”, Jean-Pierre Jeunet’s “The City of Lost Children”, and Pedro Almodóvar’s “Kika”.. 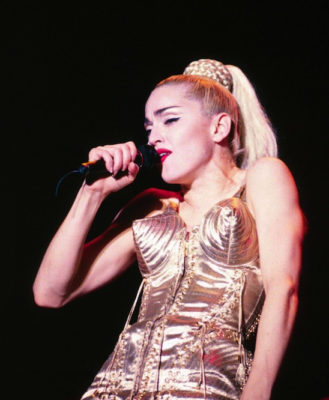 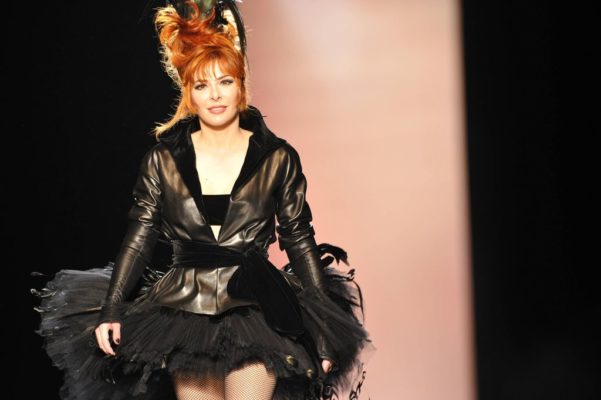 Destiny itself seemed to be set for Jean Paul Gaultier to excel in the field of haute couture: his early taste for baroque extravagance, his fascination with gigantic, 18th century dresses and his training in the early seventies with two masters couturiers, Pierre Cardin and Jean Patou …

His first successful woman’s haute couture college was actually a line of ready-to-wear models, before his first woman’s haute couture collection was unveiled in 1997, nearly twenty years after his entry into the fashion world. Overcome by the desire to make a genre often synonymous with unaffordable luxury available to all, Jean Paul Gaultier’s start in haute couture quickly propelled him to the top of his trade. All the while remaining accessible to all, Jean Paul Gaultier’s fashion shows still feature the eccentricities that make up the designer’s trademark. Vacillating between radicalism and tradition, his “Gaultier Paris” collection visibly takes a radically different approach, contrary to popular trends. The creations is still in line with the red theme, which the fashion designer has faithfully developed. The collection blurs the limit between femininity and masculinity by breaking traditional dress codes, including ethnic and cultural references from around the whole world. One only has to look at the titles of his collections, where hybridity and miscegenation seem to be the overall theme: “Princesses and Maharajahs”, for his royal costumes, “Sirens and Sailors”, for his aquatic themed collections, or “Samurai” and “Ancient Greece”.

Jean Paul Gaultier’s fashion shows have an irreverent and facetious atmosphere that ultimately built the success of his brand. Fantastic outfits are shoulder to shoulder with many revisited classics (such as the famous corset). The basic components such as wool, cotton or linen are mixed with leather, furs and rhinestones. For each collection, the creator strives to feature and develop one of the facets of a modern-day woman: half-frightened virgin, half-figurine, although with a rock hard character. He expresses himself in total ambivalence, like a chameleon, always testing new styles, different times and different cultures. While the designer has found great success with androgynous figures, dressed in men’s suits, ties and long beige trench coats, the ultra-glamorous black evening dress with plunging neckline is still one of the best sellers. This exposition has been a stable of Jean Paul Gaultier’s fashion shows. His incredible costumes, be they for the theater or the cinema, seem to highlight the a veritable taste for the trade of masks and concealment. 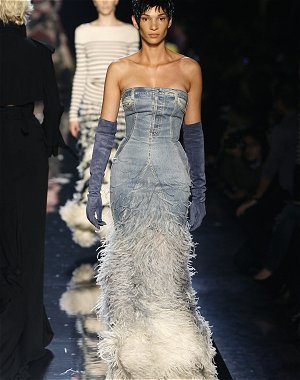 Jean Paul Gaultier has earned the nickname of fashion’s “terrible child”. The famous designer has experienced great success with nautical themed collections, haute couture models, ready-to-wear models and also top of the line of perfumes, featuring best-sellers like the Male, Classic or Fragile. 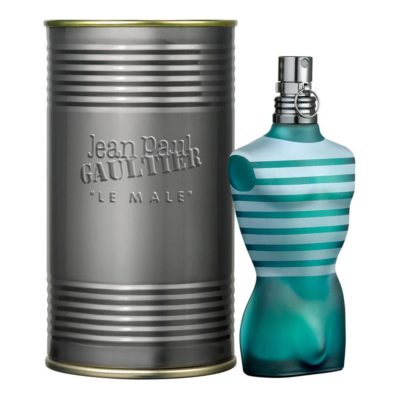