Warning: fopen(/home/ofrench/tmp/style.instances-4Q264s.tmp): failed to open stream: No space left on device in /home/ofrench/web/ofrench.com/public_html/wp-admin/includes/class-wp-filesystem-ftpext.php on line 185

Series of comics that will immerse you in a fantastic universe and keep you breathless or album boiling with realism and as informative as funny, here are the French comics that you must absolutely discover.

Frank Lincoln is a private investigator, a real one. The largest private detective in the North. Special signs: his boots are muddy, he smokes the cigar and has a slight inclination for alcohol. He has been living alone with his daughter Jean since his wife Susan mysteriously disappeared five years ago. Since that day he has resigned from the police, created his private investigator’s office, and is searching for Susan desperately. In vain.
Billy Yupana, a young Eskimo barely major, is the greatest admirer of Lincoln. He is persuaded to be hired by the detective. But from his first investigation, the young man sets foot in a plot whose stakes overtake it.
Lincoln will do anything to get him out of this dirty story.

This series is a thriller as we like, which mixes with action and suspense skill by drawing inspiration from the codes of the film noir.
“Frank Lincoln” by Marc Bourgne. 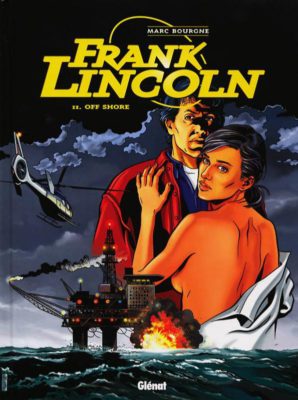 Margaret, “terrifying” actress, specialized in Hollywood in the roles of wicked; Agnodice, gynecologist of Greek antiquity who had to disguise himself as a man to do her job ; Lozen, Apache woman, warrior and shaman; Annette, Australian siren who invented the women’s swimsuit. Penelope Bagieu brushes with humor and finesse fifteen portraits of women, exceptional fighters, who braved the social pressure of their time to lead the life of their choice.
A new playful and instructive way to read History with great forgotten or unknown figures.
“Culottées” by Pénélope Bagieu 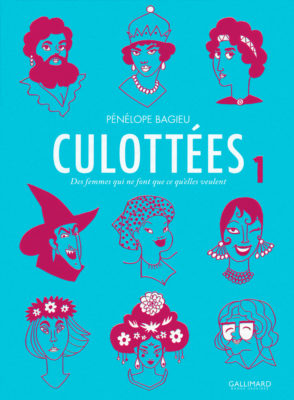 Morgane is sixteen. She has just moved into a new home, with her parents and her younger brother. As she unfolds her cartons, she finds a diary hidden behind a radiator. It is that of Maxime, a young man of seventeen, who tells about his strange illness that prevents him from living in the light of day. He is a child of the moon … She will read it and vibrate with his words and will then have only one idea in mind: find the trace of Maxime to make his diary forgotten. Her steps will take her much further than she could have imagined …
“Journal d’un enfant de la Lune” by Joris Chamblain and Anne-Lise Nalin 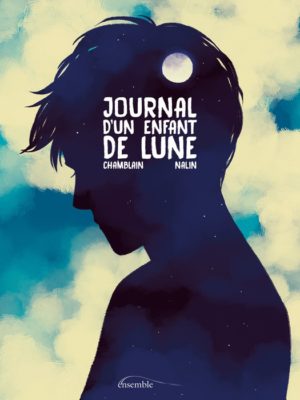 On June 2, Frenchman Thomas Pesquet, 38, an astronaut, returned to Earth after spending 6 months on the International Space Station. The realization of a child’s dream for this extraordinary type who after being selected among 8413 candidates, followed an intensive training for 7 years, between Cologne, Moscow, Houston and Baikonur.
In this comic book, Marion Montaigne tells with humor, his trademark, the course of this hero since his selection, then his training until his mission in the ISS and his return to Earth.
A beautiful tribute to Thomas Pesquet and a fun way to discover the hazards of life of a famous astronaut beyond what we imagine to know.
“Dans la combi de Thomas Pesquet” by Marion Montaigne 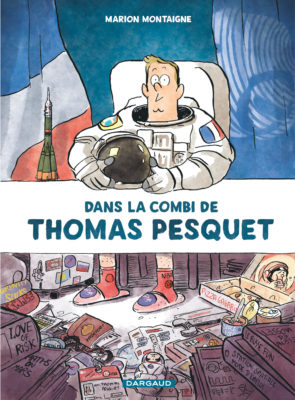 A great pirate saga blessed by offshore winds and adventure.
On a night in April 1812, a corsair ship sailed to the shores of America. On board are discreet passengers who have paid a high price for their crossing.
Their names: Artemis Delambre, mysterious and superb young French forced to leave his country for an unknown reason, and Roustam, Egyptian colossus, ready to kill anyone who approaches his mistress.
Between them: a secret. At their heels: killers of all nationalities, all of whom will find themselves on the land of Louisiana, a romantic and cosmopolitan enclave, where struggles for power, love and influence will soon be revealed …
A beautiful series full of violence, love and thrills in the smells of ocean foam and crackling pirate flag.
“Les Pirates de Barataria” by Marc Bourgne and Franck Bonnet 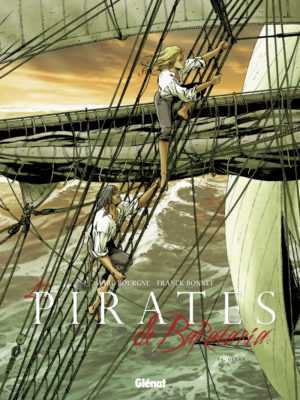 Advertising, television, music videos, blogs, magazines, applications, sex has never been so ubiquitous in our cultural environment. We talk about it more and more, but do we really talk about it better?
Instead of imposing an umpteenth guide supposed to make women perfect lovers, this comic proposes to give us peace. It’s funny, guilt and uninhibited.
“Free!” Wants to be benevolent and hilarious. Nothing prevents you from being happy and to lead a life-plan full of marshmallow with your longtime lover. Nothing prevents you from exploring and to change your conquest each night, chaining all the postures of Kamasutra and fill in the national statistics of sex. As long as you want it, it’s okay. A true manifesto to feminism and self-acceptance.
An album resolutely in the air of time to put in all hands, feminine or masculine.
“Libres ! Manifeste pour s’affranchir des diktats sexuels” by Ovidie and Diglee 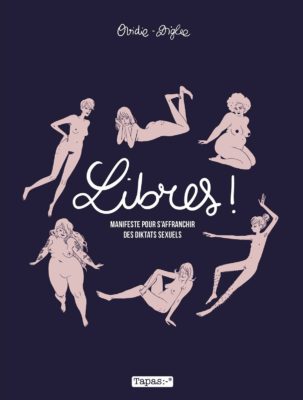 “We do not know what kind of world we live in …”
Since chance has caused two neurons to connect in the brain of a great monkey, it is the phrase that humanity has uttered the greatest number of times.
As soon as the man was able to speak, it was to frighten but also to revel in the violence, the stupidity, the absurdity of the society in which he participates. The oldest profession in the world, it is not that of prostitute as it is often believed, but that of storyteller of various facts. Luz, Jul, Tignou, Catherine, Charb and Riss have delivered in this album some delirious facts which will show the unbeliever in what world he lives.
A detonating album full of black humor that reminds us of the talent, among others, cartoonists Charb and Tignous, who died in the attack on the magazine “Charlie Hebdo” in January 2015.
“Bébés congelés – Chiens écrasés” by Catherine, Charb, Luz, Tignous, Jul, Riss 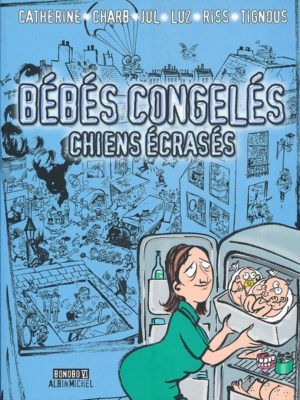 Do not wait any longer to discover his inspiring and addictive comics that will make you have a pure moment of pleasure and, why not, teach you some juicy information on our rich History of France and our current world.

Wait… What is French Touch ?