Warning: fopen(/home/ofrench/tmp/style.instances-zu8ayK.tmp): failed to open stream: No space left on device in /home/ofrench/web/ofrench.com/public_html/wp-admin/includes/class-wp-filesystem-ftpext.php on line 185

There is no doubt that French cheeses are one of the most popular cheeses in the world which are known for its delicious taste and diversity. There are a lot of varieties in French cheeses but do you know what is the most popular one? Nowadays, the blue cheeses, also known as blue-veined cheeses hold the top position. There are also a variety of blue cheeses just waiting for you to discover them. Keep reading while we’re sharing top 9 varieties of Frech blue cheese.

Have a look at these delicious cheese: the “Bleus

Also, know as AOC (Appellation d’Origine Contrôlée), this is the most famous French blue cheese. it is also awarded as a “king of cheeses by Philosopher Diderot. awarded it the title of “King of cheeses”. it’s made from sheep’s milk and has a strong smell and strong tangy flavor. According to legend, when some youth was eating bread and ewe’s milk, he saw a gorgeous girl in the distance. He so impressed with her beauty that he stopped eating and ran to meet her. When he returned back to the cave, he discovered that the ewe’s milk curd he left on the rye bread has caused mold to form and that’s how Roquefort came to be. This cheese is brittle but melts smoothly in your mouth. This delightful cheese was first mentioned in the Carolingian period’s context in 1070. Charles VI put the caverns of Roquefort under secured status amid the fifteenth century, giving local people imposing business model to the cheese’ creation. In 1666, the Parliament of Toulouse under Charles VII voted in favor of the endorse of any individual who produces counterfeit forms of the Roquefort. 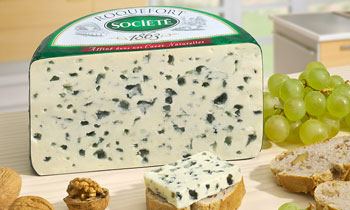 It’s a parsley cheese with cow’s milk unlike its cousin the Roquefort made from sheep’s milk.

The 19th century saw the birth of the Bleu d’Auvergne, thanks to a local farmer, Antoine Roussel, who was eager to develop the “blue” cheese. He though it brings a “special taste, with a pleasant fragrance”. Several experiments later, based on rye bread’s mold and artificial holes, the Bleu d’Auvergne was born!

According to the director of the school of dairy industry of Aurillac, Georges Mathieu, Antoine Roussel has just made “a microbial seeding and a culture in the organic field” (1854). 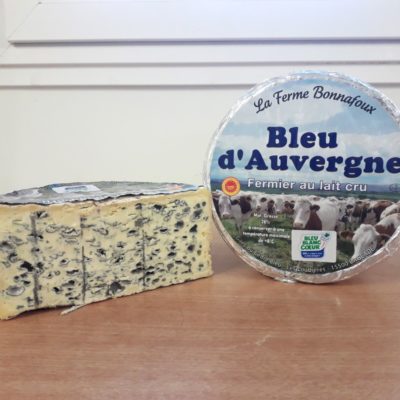 (Formerly known as Aveyron’s blue) calls for an origin designating blue veined cheese from raw cow’s milk from the center-south of the Massif central.
It has a long history with Roquefort, before the introduction of AOC separated them. The refining in the naturally thermoregulated cellars is the major element that gives it its particular aroma.

The “Bleu des Causses” shares a common ancient history with the Roquefort, at a time when cheese was made from mixed or pure milk (cow or sheep) according to the seasons and the mode of operation of the cheese makers.

Its surface has an ivory white without stains. A little smear (yellowish ooze) is allowed without excess. Inside the dough is ivory white, veined with blue-green molds distributed homogeneously. Its is less pungent than that of Bleu d’Auvergne. 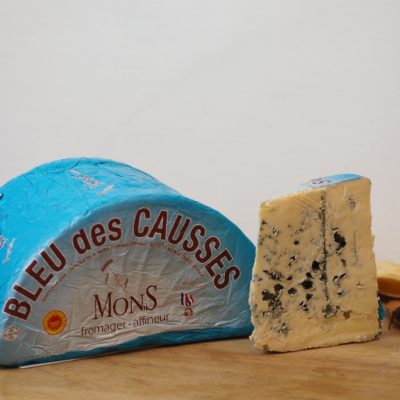 “A fourme a means a cheese has a high cylindrical shape, there are several in France” said Marc Janin, a cheese maker in Jura and member of the red-white-blue collar family for two years. This blue belongs to the family of the blue-veined cheeses. The artisanal production of this Ambert’s specialty is only produced in the high mountains of Auvergne, and more precisely in Puy-de-Dôme.

Fourme d’Ambert has been using AOP since 1972. “This regional product has a soft and letting taste with a powerful mushroom flavor explains one of our expert. Refined in the cellars for a month, its texture is supple and hides a tender heart. Accompanied with a few slices of gingerbread, its tasting only gets better!” 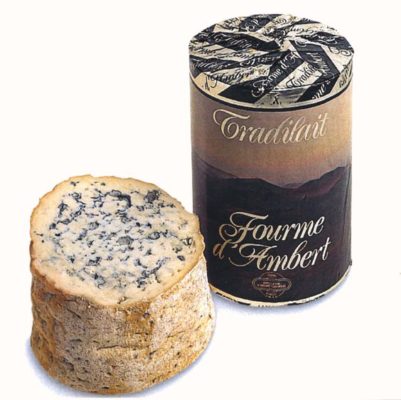 5) Bleu Termignon: the only blue with spontaneous seeding.

Usually, to get the tasty edible mold that dies the marbled cheeses, they are seeded with a tiny fungus from the penicillin family: Penicillium Roquefort or Penicillium glaucum. Delicious exception to the rule: The Bleu Termignon, also called the Bleu Mont Cenis or Bleu Bessans. Here in this case, the mottling blue-greens are spontaneous, even if their proliferation is sometimes accelerated by pricking the cheese, as in other blues. Particularly rare and sought after, this Savoyard cheese is now only made by a handful of producers, between June and September, mixing the curd of the day and the day before. The milk from Tarine and Abundance cows grazing quietly on the pastures of Termignon, Haute Maurienne. The ripening lasts several months. Beware,

Only a few hundred pieces of Termignon blues are available every year and most are sold before they are even made! 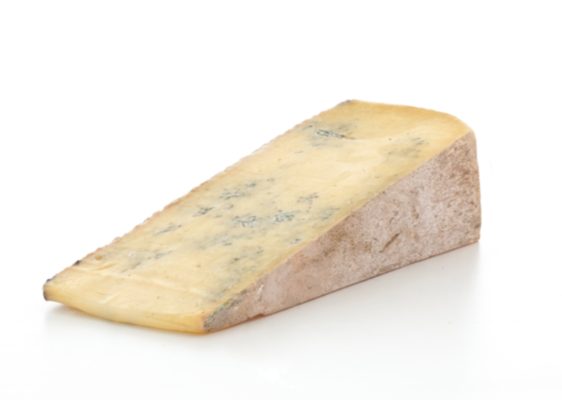 Produced on the ile de France, near Paris, by a unique producer, this cheese is both original in its composition, one of the only French cheese of the blue family produced from goat’s milk, and by its shape, which looks like a small mountain tome, with a gray crust, which darkens when ripening is prolonged.

Its texture is supple, its dough is ivory color dotted with blue spots. Its taste is a good balance between slightly acidic goat flavors and the power of blue. A very nice introduction for new flavor lovers. 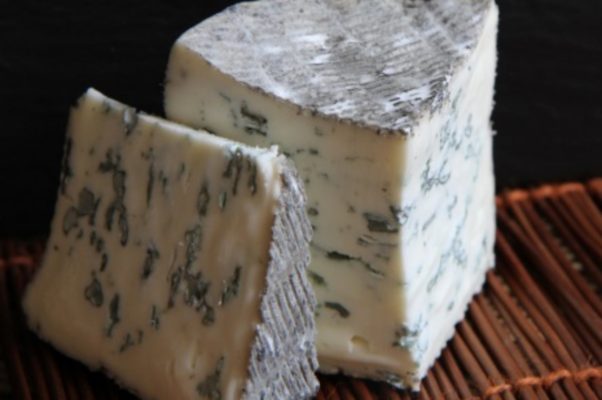 Calls for an origin designating a cheese from the Loire department with marbled paste elaborated with raw or pasteurized cow’s milk, benefiting from AOC since 1972 and AOP since September 2010.

It’s a cheese from cow’s milk, with marbled paste, with an average weight of 2 kg. After salting it molding, the fourmes are lying on spruce wood gutters and turned by hand a quarter turn every twelve hours.

During this ripening, they are pricked with long needles to favor the development of bluish mottling. In farm production, the cheese is always made with raw whole milk, not standardized in proteins and fats. Its flavor is slightly salty with a good taste of milk, and fruity.

One of the creamiest French bleus. The history is Bresse bleu® is closely tied to the Italian immigration in the Lyon region. When the Gorgonzola stopped coming to France, several Bressane dairies, at the initiative of Italian cheese makers who had crossed the border, undertook the area to fill this gap. They created the “saingorlon” a marbled cheese inspired by the Italian cheese recipe. After buying and consolidating dairies, this cheese gave birth in the earl 1950s to the Bleu of Bresse, name now generic, then Bresse Bleu in 1952, quality mark. Made with whole cow’s milk, Bresse Bleu shares with its Italian cousin, the same creamy texture and the same marbled blue. Bleu Bresse cheese is however more convenient to consume: its crust is covered with a white down and is presented in different formats “by the pieces”. 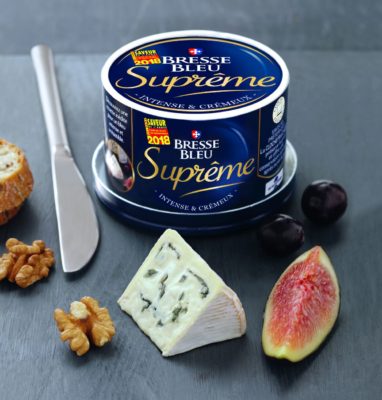 Bleu de Gex AOP was born in the highlands of southern Franche-Comté. Its manufacturing area corresponds to the mountainous part of the Ain and Jura departments, at around half a mile altitude. A cheese from France, with marbled paste and cow’s milk, it is distinguished by its great sweetness.

Of the four AOP Franche-Comté cheeses, it is without a doubt the least known and the most discreet. Its taste is very sweet and well balanced. Its pale blue is disseminated in the dough by small flecks. Its texture is slightly friable. In its region or origin, it’s also consumed rather young: the AOP provides a minimum duration of 3 weeks. It is also called “Bleu de Haut Jura” or “Bleu de Septmoncel”. Only four workshops produce it.

Finally, the cheese accompanies us every day. Whether it’s for a festive evening or just to have fun, cheese is one of the most consumed food and is always present in our daily life. So why not try new ranges that have a special texture such as marbled cheeses? 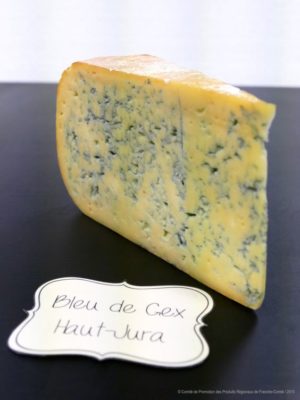 Itinerary for a beautiful tattoo in France