Warning: fopen(/home/ofrench/tmp/style.instances-GxHMOS.tmp): failed to open stream: No space left on device in /home/ofrench/web/ofrench.com/public_html/wp-admin/includes/class-wp-filesystem-ftpext.php on line 185

Edith Piaf, born December 19, 1915 in Paris and died October 10, 1963 in Grasse, was a French singer, lyricist and actress. “La vie en rose”, “Hymne à l’amour” … There are so many songs that enabled France to develop a real international influence, and to build the popularity of Paris, known as one of the most romantic cities in the world to many foreigners. And all that thanks to the talent and personality of Edith Piaf, petite, but with a big heart. In fact, her stage name “Piaf” was given due to her height, 1m47. Despite her popularity, her professional life was very tumultuous, Piaf experienced many dramas and misfortunes that punctuated her career and forged her character.

Born of street artists, Edith Piaf was destined for a career in entertainment. Her father was a contortionist and her mother was a street singer. The mother especially cared little for her daughter. Piaf had a relatively modest childhood, raised by her grandmothers and living for some time on the street with her father, where she accompanied him in his shows. It was this experience that shaped her and pushed her to start her own singer career in Paris at such a young age.
In the autumn of 1935, she was discovered by Louis Leplée, manager of one of the most famous cabarets Le Gerny’s, on the Champs-Élysées. This is how Edith Piaf was propelled into the spotlight and became the huge French star that we know today. 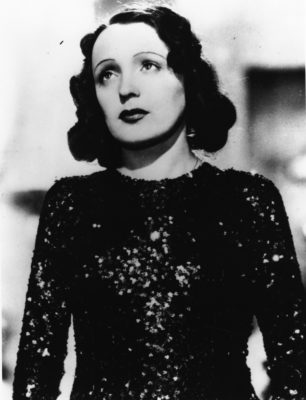 A career that rocketed to success

Star of the late 1930s, Piaf triumphed at Bobino, as well as at the theatre in 1940 in “Le Bel Indifférent”, a play written especially for her by Jean Cocteau, which she performed with her companion at that moment in time, the actor Paul Meurisse. Still with Paul as a partner, she also acted in the film Montmartre-sur-Seine by Georges Lacombe. It’s during the filming of this feature that she meets Henri Contet, who, like Marguerite Monnot, was to become one of her favourite songwriters.
Nicknamed “La Môme Piaf” to begin with, she was at the heart of many successful songs that have become classics of the French repertoire, such as “La Vie en rose”, “Non je ne regrette rien”, “Hymne à l’amour”, “Mon Légionnaire”, “La Foule”, “Milord” and “L’accordéoniste”. A singer with a striking interpretation and voice, she has inspired many composers, and has been the mentor of young artists such as Yves Montand, Charles Aznavour, Les Compagnons de la Chanson, and Georges Moustaki.
In the spring of 1944, she performed at “Le Moulin Rouge”, where the young music hall singer Yves Montand appeared in the first part of her show. It was love at first sight, and Edith Piaf, already famous and an idol, introduced him to the tricks of the trade and to the life of an artist. It was also that year that Edith’s father died. She will lose her mother the following year.

In 1945, she wrote one of her first songs, “La Vie en rose”, her most famous, now a classic. She also played at the Comédie-Française. She even became a huge music-hall star in the West in the 1950s, particularly in the United States, where she went down a storm in 1956 at Carnegie Hall in New York, where she later became a regular. She contributed to the export of French culture and charm to other countries and built the country a strong reputation. Even today, many American artists are trying to take on Piaf’s classics, with no one able to match her unique voice.

From 1946 to 1948, Piaf was the partner of Jean-Louis Jaubert, the director of the Compagnons. But in 1948, while on her triumphal tour in New York, she met the great love of her life, the French boxer Marcel Cerdan, who became world middleweight boxing champion. In 1949, with her friend Simone Berteaut, she composed “Hymne à l’amour”, sung on stage for the first time in September. Unfortunately, on October 28, 1949, Cerdan died in a plane crash. Thus comes the turning point in the life of the Môme, her descent, tainted by all her pains of the past. 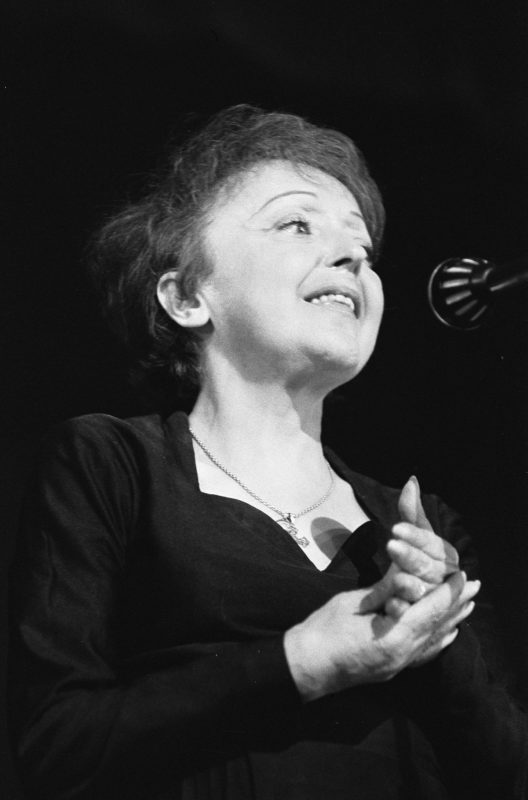 The descent into Hell

The Paris-New York flight which Marcel Cedan had taken to travel to see Piaf crashed in The Azores. Because there was no more room on the plane, a couple had kindly let their seats to the boxer. Piaf was then destroyed by crash, as well as by a feeling of guilt. Her physical state was deteriorating, being infected with various diseases. She took large doses of morphine to calm her pain. She sang her biggest hits, Hymne à l’Amour and also Milord, in the memory of Marcel. She welcomed the three children of Marcel Cerdan and their mother, Marinette into her mansion. Her health, however, remained so bad that she was forced to refuse roles in cinemas.
In 1953, dependent on morphine administered by doctors after a car accident in July 1951, she began her first detox.
In 1955, after several treatments of detoxification, she got away from her addiction to morphine, but took care of her rheumatoid arthritis with high doses of cortisone and found refuge in alcohol, which allowed her to drown her sorrows after the death of Marcel Cerdan.
From February 1958 to February 1959, she had a love affair with Georges Moustaki, whom she helped into show business, and with whom she had another serious car accident on September 6, 1958 on the Nationale 10 in Coignières, which rendered her health and dependence on morphine even worse.
In 1959, Édith collapsed on stage during a tour in New York. She underwent many operations and returned to Paris extremely weary.
In 1961, at the request of Bruno Coquatrix, Edith Piaf performed at the Olympia in Paris, which was threatened with closure due to financial problems. This led to a series of concerts among the most memorable and moving of her career. It was in her favourite theatre that she sang “Non, je ne regrette rien”. Edith saved the Olympia from bankruptcy, but struggled to stand up and move because of her disabling polyarthritis, and only managed to sing thanks to a large morphine infusion.

She is internationally known, despite a late career made difficult by serious health problems, tumultuous relationships, and a relatively young death at 47 years old.

An unusual personality and the voice of the French music industry, she remains one of the most famous French singers in the world and has successfully launched the career of many other well known singers, such as Yves Montand, Charles Aznavour, Gilbert Bécaud and Georges Moustaki. Her image is that of her indissociable little black dress.
Edith Piaf’s life was brief and intense, fate always catching her in short lived moments of happiness. The “kid” was never able to heal herself of the wounds of childhood and the disappointments of love. Her life has been adapted in a movie starring the famous french actress Marion Cotillard; you should watch it if you want to discover a little more about Edith Piaf. Piaf is undoubtedly the most influential female artist of the 20th century, both for her great voice and her most tragic fate.

What to Visit, Buy and Eat… in Marseille