Warning: fopen(/home/ofrench/tmp/style.instances-MVWlFm.tmp): failed to open stream: No space left on device in /home/ofrench/web/ofrench.com/public_html/wp-admin/includes/class-wp-filesystem-ftpext.php on line 185

What kind of “bon vivant” doesn’t appreciate meeting up and getting a beer with their friends, whether it’s after work, after classes, or just for a party? We can’t avoid beer! Outdoors, where many bars with very different atmospheres welcome guests, or indoors, at a friend’s house. This is beer drank responsibly, of course!

Side note – beer is, in fact, the oldest alcohol in existence, and it is one of the most consumed beverages in the world, after tea and water. That’s how popular it is! Generally made with water, malt and hops, beer is one of the best sellers at bars in France. It is drunk in all sorts of ways; be it draught beer, or bottled or canned. You can even add other drinks to make cocktails, such as the Monaco, a mix of beer and grenadine syrup, which is a favourite amongst people who do not like the taste of beer on its own.

Today in France, beer is becoming more and more popular, there are even Beer Festivals where fans meet to celebrate this beverage that they love so much. Most beers come from Belgium or the Netherlands. You may already know the names of some beers, plenty of which are French, if you hadn’t realised! Here’s a little tour of France, its most famous beers and new trends.

For a while the image of beer in France was quite negative, it was seen as a drink for alcoholic men who couldn’t do without it in the evening after returning from work to relax. As for women, it was even worse. A woman who drank beer was quickly categorized as a bad partner, a woman without feeling or femininity. This was partly due to the pressure imposed on women regarding their appearance and all the codes of elegance that French women were expected to follow at the time. Today, more and more women are drinking beer and the cliché of beer for the bad guy has more or less disappeared.

It is probably the best known beer in France. Brewed in Alsace since 1664, this lager is indeed also one of the most consumed. Some figures even announce that one beer out of 5 sold in France was under the Kronenbourg brand! The brand offers different ranges, with stronger or weaker options available. It is also one of the cheapest beers in the market, which might help to explain its popularity. 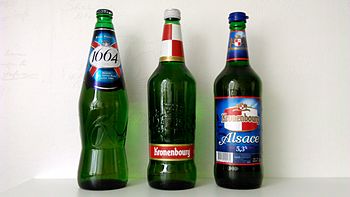 “Under the cork, Alsace”, this is the slogan of this beer founded in Fischer breweries near Strasbourg in 1821. This beer can be recognised from its bottle with a closable cap. It comes in several ranges: lager or amber beer, and other varieties, with different flavours, such as plum flavoured white beer. 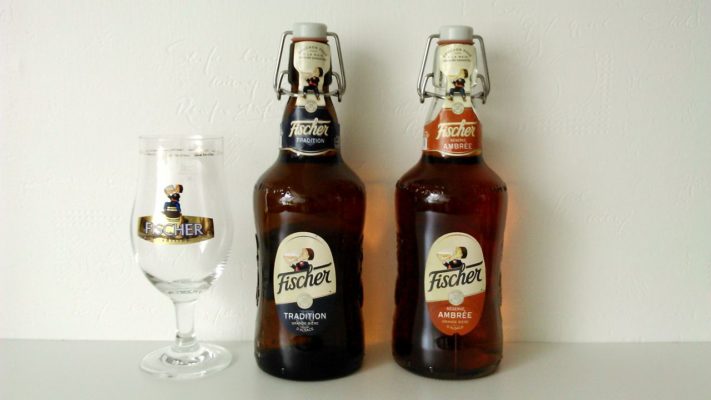 The Pelforth brand is easily recognizable thanks to its pelican, the brand’s historic emblem. It is one of the leading brands of specialty beers in France. It is a beer with a high malt content. Brown, blonde or amber, there is something for everyone. It is famous for having a little caramelized aftertaste that gives it all its flavour and differentiates it from other beers. 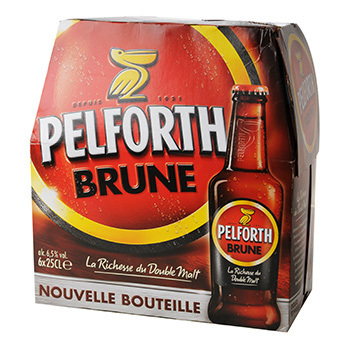 The Desperados is a little festive beer which reminds us of parties in summer! Well known to consumers, it claims to be a beer flavoured with tequila. It is available in many formats, from simple bottle to cask, for the thirstier amongst us… It is a beer drunk mostly by young people, surfing some trends to help its popularity. There are different variants on the same beer, with exotic names like the Desperados Verde, looking to bring up thoughts of Latin America, travel and party. These variants are also based on the “origins” of their composition: tequila, lemon, lime, guarana… There’s so much choice, any drinker is going to be left a little dazed and confused. 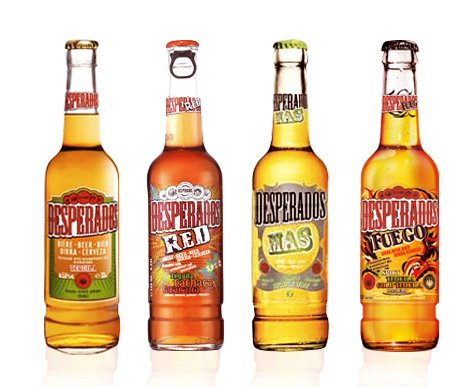 More and more new beers have been offered on the French market in the past few years, responding to a craze that keeps growing, affecting more and more of the population. Consumption habits have also evolved, just as many enjoy eating local food, the same goes for beers – some only sold in certain regions.

It all started with bars and restaurants in the Lyon area. These establishments offered partner burgers and beers, which were the two flagship products. Still on the restaurant menu today, a specific Ninkasi beer type is suggested for each burger – a tasty mix. Ninkasi beers offer a whole range of products, including white, amber, lager, and dark beers, but also grand cru beers. The Ninkasi brewery plays a lot on flavours, and offers different seasonal beers with aromas that blend perfectly with the time of the year, fruity in spring, for example. There are also many limited edition beers, like Christmas beer. Today the brand is sold in several outlets in France as well as on their website. Sweet, bitter, or mellow, you’ll definitely find what you are looking for! 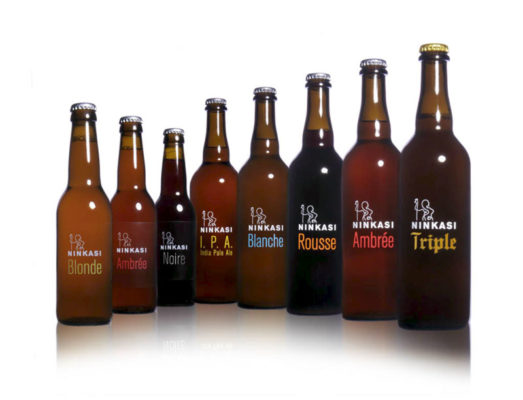 Mont-Blanc beers are known for being brewed with water taken directly from the source of Mont Blanc, hence its name. It offers a variety of traditional red, white and lager beers, both of which have won awards; the white being the best white beer in 2015 by the World Beer Awards. The brand also offers two more original varieties: the green, Génépi, and Violet, made of violets and cranberries for a more fruity taste, soft and light. Given the distinctions this beer has received, you can probably trust it!

This beer is produced in the brewery of Mont Salève in Haute-Savoie. It is a dark beer with a fairly strong alcohol content and a high fermentation. A delicate smell of cocoa, caramel and coffee comes at first. Once on the palette, aromas of red fruits, dark chocolate and coffee appear. The flavours are quite pronounced, making those who love more characterful beers very happy. The brewery also offers other varieties such as Amiral Benson, an amber beer with a more orange colour. 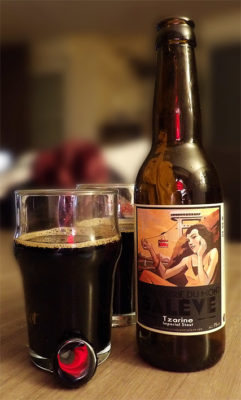 This beer comes from the Meduz brewery in Uzès, in the South of France. It’s a rather light colour, and the smell it gives off matches this: scents of honey and caramel, scents that make you want to drink it! It’s easy to drink, but still quite bitter. It attracts many new consumers by its apparent lightness, but it keeps that certain quirkier quality beer that amateurs will appreciate. The brewery also offers other products, such as lager and white beer. 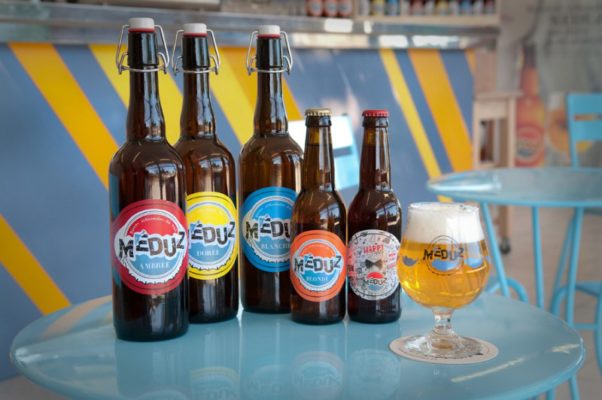 This amber beer is produced by La Débauche brewery in Angoulême. It’s aged in cognac casks, a risky move that pays off with a tasty mix of beer and cognac. As a result, it’s quite strong and has a fairly high alcohol content for a beer. A slight smell of dried fruits and toffee will make your mouth water, this is taken over by a slight caramel flavour on the palette, which is replaced next by a bitterness and leaves us in the end a little sweet and vegetal taste. It is a beer of character, and rather strong. 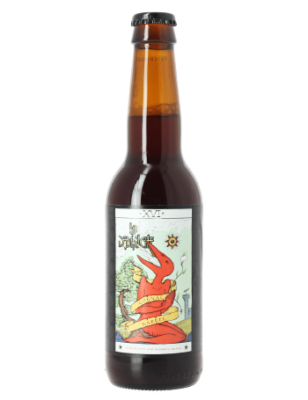 It’s a Trappist beer, that’s brewed by Trappist monks on behalf of the Mont des Cats Abbey. This amber beer looks like a brown robe, covered with a fine white foam and fine bubbles. On first contact, the smell evokes caramelised flavours and releases notes of roasted malt. Clearly, we only have one desire: enjoy it! 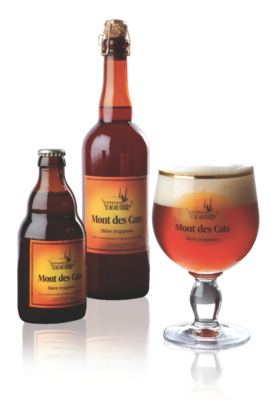 There’s a very large quantity of beers in France, and it’s interesting to take a look at all craft beers produced in the four corners of the country where brewers strive to modernise this popular drink, while preserving its authenticity. To discover more, you can consult the blog www.happybeertime.com where you discover new craft beers through the various tasting experiences of the authors. You can also go to the websites of the breweries mentioned to order directly.

And as we say in France before drinking, “Santé!“