Warning: fopen(/home/ofrench/tmp/style.instances-IfSM9e.tmp): failed to open stream: No space left on device in /home/ofrench/web/ofrench.com/public_html/wp-admin/includes/class-wp-filesystem-ftpext.php on line 185

Every year in France, it is expected as a unique event. Beaujolais Nouveau is coming out of its cellars on the third Thursday of November. The Beaujolais Nouveau, the wine that we taste together, in the restaurant and especially, in moderation.

Beaujolais Nouveau is a red wine grown in the vineyards of the Beaujeu region in the Rhône department, between the cities of Lyon and Mâcon. The location of the vines is in a region whose climate varies between the Mediterranean climate and the continental climate. This allows with the help of the Saone and the Rhone near the land, a faster maturity and a particular taste of grapes of the region. It is said that it is very fruity, giving some years, a taste of banana or candy. It is often recommended to drink it as an aperitif with charcuterie or sometimes with chestnuts.

Since 1951, appellation wines must be sold from December 15th. The vines in the Beaujolais region were opposed to this idea because of the process of making their wine. They won and this event, the new Beaujolais arrived. “New” because it is served and marketed before the other appellation wines. The choice of the third Thursday of November arrived later, in 1967, for reasons of calendar. 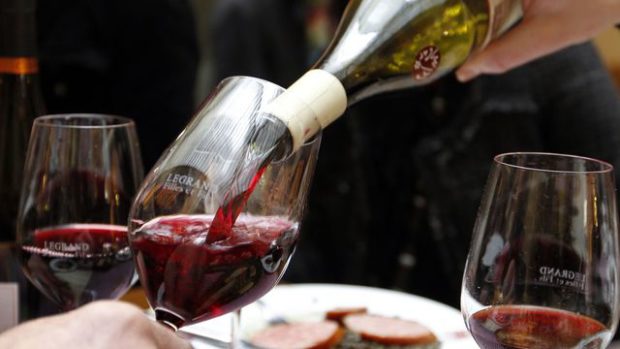 With a national success, this wine has been exported to other countries internationally, Japan, the United States and Italy are major consumer countries. There are about 3000 winemakers each year to harvest and work on this wine. There are also 30 million bottles marketed each year in France. The new Beaujolais is not a wine guard, it does not keep long. It is also recommended to drink it within six months following its marketing. This is called a “primeur” wine. This is why we drink it so early compared to other wines appellation and very often go taste it in a group.

In the tradition, we will taste the Beaujolais with family or friends in restaurants or in the events created for this occasion. To live a unique experience, it is recommended to go taste the Beaujolais Nouveau when it comes out in its native region. Whether in the cellars of the Beaujolais villages or in the Lyonnais and Mâconnais restaurants, many French and international tourists come especially for the event. Drinking wine with sausage with friends and at the restaurant, this “very French” formula attracts and makes this event a unique moment in the year.