While French pastries are some of the most varied in the world, candy is far from being forgotten. Each region of France has developed its own type of sweets by focusing on local ingredients.

600 varieties of regional sweets exist in France. French candy blends influence from countries all over the world: young and old. Before being established as culinary genius, sweets, chocolates and other candies are the fruit of an exciting art, that requires an incredible level of creativity. Here is a selection of 10 French sweets from the past that are appreciated more and more in modern times.

These veritable treasures have been manufactured in the city since the early 1900s. The calisson immerses you in everything that is Provençal culture: the delicate, crunchy, royal ice cream offers an unparalleled taste, the lightness and the freshness of the melon tickle the taste buds, and the bits of orange peel and crushed almonds coated with a sugar syrup only add to the exoticism. Everything is arranged on a wafer bed and is cooked over low heat. The traditional recipe is rightly preserved, respected even today with revisited products. 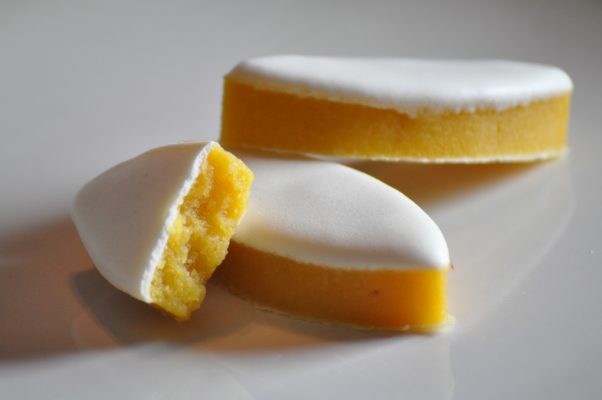 A landmark event in the city of Lyon inspired the famous chocolatier Voisin to create the Lyon Coussin. In 1643, the councilmen of Lyon decided to organize a procession to conjure the Virgin Mary in order to spare the city from the invading plague. The idea for the candy’s shape ​​originated from the little green cushions on which were placed a candle of seven pounds of wax with a golden shield. This Lyon specialty is based on curacao flavored chocolate, which goes into a square of light green candy almond paste. 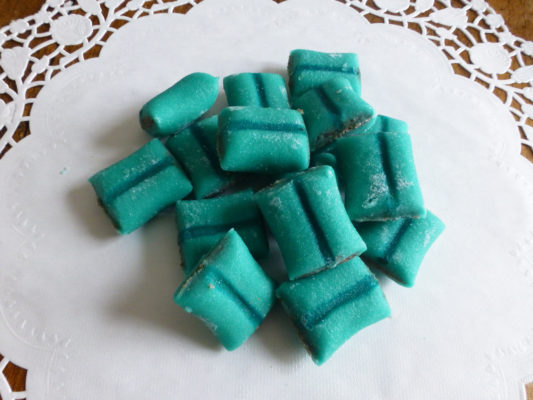 Boulets are historical and emblematic treats from the department of Tarn-et-Garonne, in the south of France. The city of Montauban was so resistant that they withstood 400 rounds of cannonballs ordered by Louis XIII and did not surrender. This might have been due to the sweets , which are inspired by these cannonballs, which are made from roasted hazelnuts, copiously covered with dark chocolate and a fine crunchy layer of sugar. These were even used in the brilliant idea to make the opponents think they still had copious amounts of ammunition at their disposal. 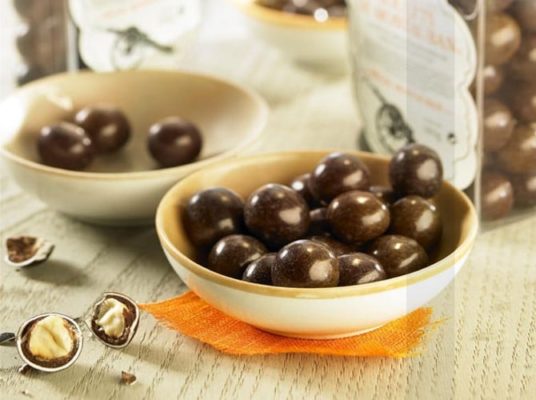 France also has its own version of the pyramids! They are sweet, colorful, streaked with white, and… very small. On top of that, they are even a little older than those in Cairo, they have been around since back to 1844. By cooking the candied fruit syrup at a very high temperature and adding some notes of peppermint, the result is this translucent candy. The streaks are formed by a white paste of sugar added to the preparation, for a beautifully finished scratched surface. 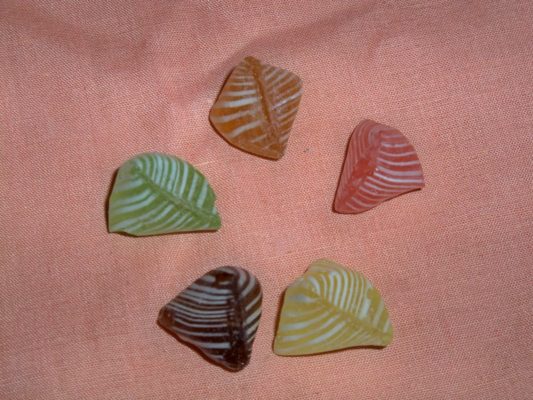 This black, charcoal colored candy has a little surprise for you: despite its appearance, it does not contain liquorice, but only natural extracts of eucalyptus, mint and star anise. Its fresh taste will clear up your bronchi, purify your breath and even has the power to help with that crazy urge to smoke. It was partially designed to dissuade workers from lighting cigarettes in the mine, thus preventing the risk of explosion. This is why the Pastille du Mineur was invented in the middle of the 20th century. 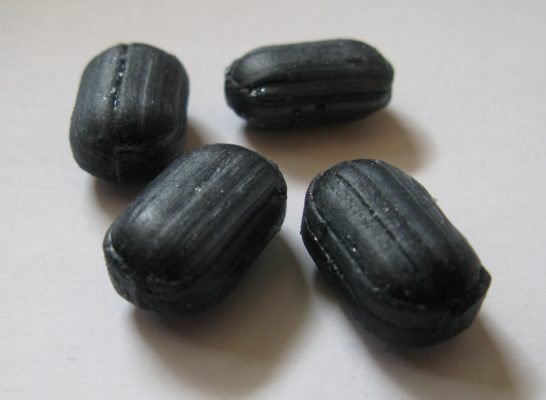 Historically, Bretons did not need to pay a tax on salt, from the famous route de la Gabelle. They therefore used it more frequently in their food, especially in butter, which was always salted. Breton soft caramel is therefore naturally made with salted butter. A square of sugar topped with a pinch of salt, that’s the winning recipe for this Breton treat. 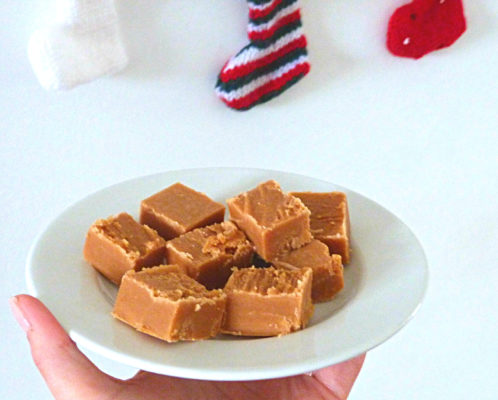 The classic wedding candy! It is a tradition in France to offer these dragees to guests during major life events (baptisms, communions, marriages) in small satchels often matching with the decor’s colors. One of the oldest confectioneries in France was created in 1220 by an apothecary who, in hopes of preserving and transporting almonds, decides to coat them with sugar and honey, which hardened when cooked. In 1750, a Parisian confectioner, Pecquet, invented the modern version of this confectionery by transforming them into a smooth candy. It remains one of the most well-known symbols of the city of Verdun, where the tradition continues to live on. 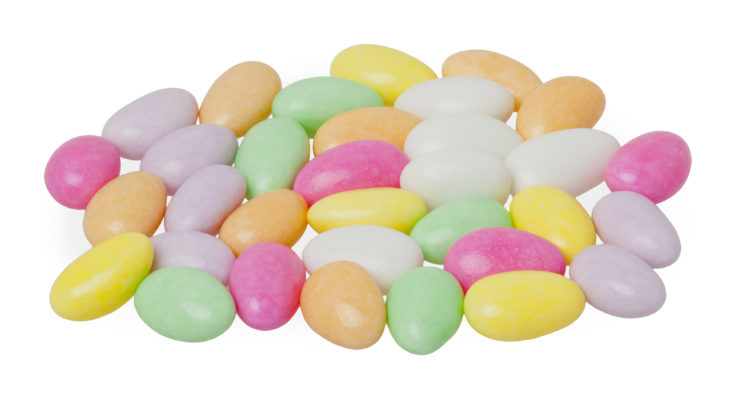 It is without a doubt one of the most popular regional sweets in all of France. Betises candies, from Cambrai, owe their skyrocketing popularity ratings to their remarkable taste, but also because of their name, which reminds us that the original recipe was invented by mistake! To spot it, simply look for the small stripe of crystallized sugar that makes this treat the envy of all others. Originally, this candy was only available in Mint when invented around 1850. Today, it comes in lemon or raspberry. 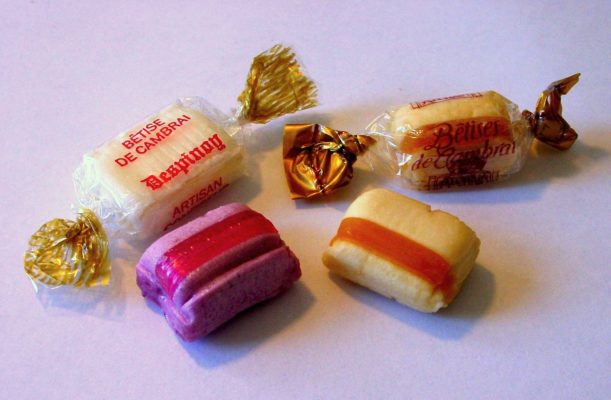 Nougat, from Montélimar, is a sticky square whose taste depends largely on the quality of lavender, honey and Provence almonds that are used. Its aerial texture and color come from egg whites beaten into snow and incorporated into the mixture. Before obtaining the IGP certification, the nougat had already conquered the hearts of show business, since both Georges Brassens and Jacqueline Maillan, a famous French actress, regularly mentioned it in their hits. It is a French success that has been sticking to the teeth from French father to son and mother to daughter since 1701. It is even one of the traditional 13 Christmas desserts in the Provence region. 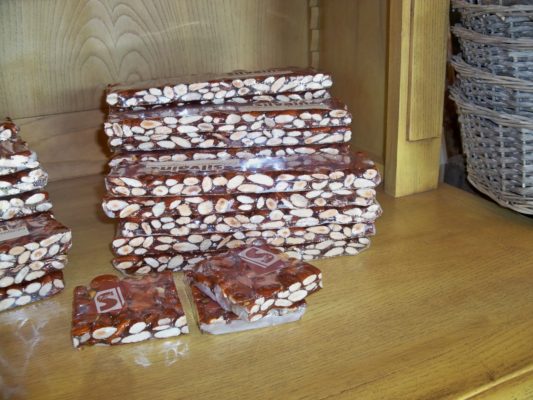 The violet is one of the emblematic symbols of the city of Toulouse, to the point that a party is thrown in its honor every year in February, on top of a candy was inspired, also referred to as a violet. This candy is prepared with fresh violet flowers, which are dried and crystallized in sugar. While its special taste isn’t for everyone, the Violet can still be considered one of the most poetic French traditional sweets. 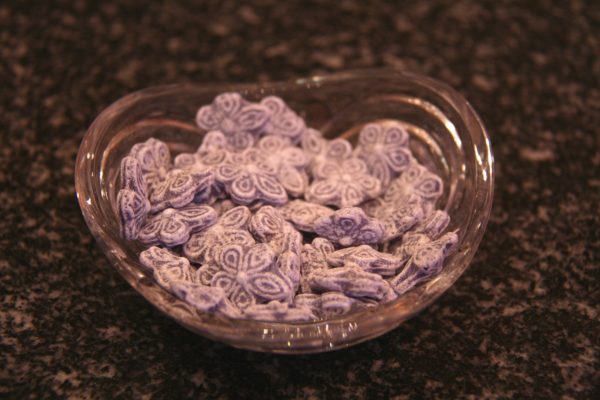 Nowadays, it’s considered a sweet but at first, it was a drug. Invented by a chemist in the early nineteenth century, the Vichy lozenge is indeed famous for containing a fair amount of mineral salts, which are extracted from the very waters of Vichy. An elegant way to resume its functions would be to say that it facilitates the transit. Over time, the Vichy collection adapted new tastes, including mint, anise, lemon and even a “lighter” version. 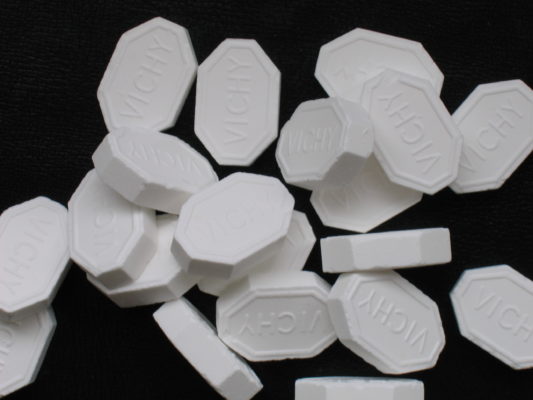 Cooked sugar, scented with essential oil of bergamot and cut by hand in small flat squares. This is the simple recipe for this sweet, created in Lorraine in the middle of the nineteenth century. When it comes to taste, however, the result is convincing, it tastes like a slightly tart caramel. 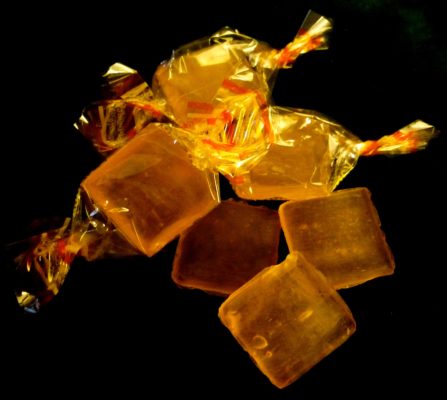 Created in 1882 by Clément Faugier, the chestnuts are dipped for several days in various syrups of sugar and iced with icing sugar. Renowned as a particularly fine confectionery, glazed chestnuts require high quality raw ingredients, as well as the know-how of a master confectioner. From the fruit, which is protected at first by its thorny shell, to the picking in the chestnut groves in the autumn, to finally the delicious treat wrapped in its packaging, there are sixteen steps required to produce it. 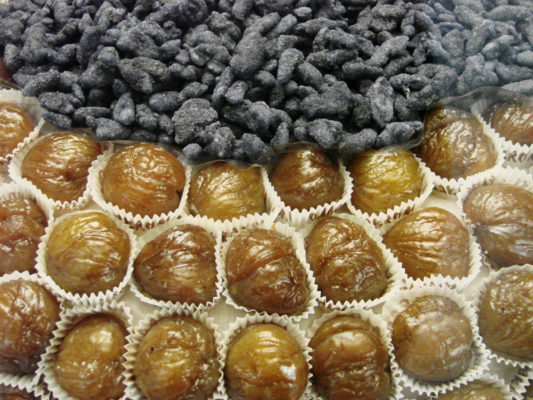 A cocoon, or an almond paste filled with hazelnut praline, orangeat and curacao liqueur, is not the result of a long tradition. They were created after the Second World War because of the will of one man: Edouard Herriot, Mayor of Lyon and former President of the Republic, who observed that his city, although famous for its gastronomy, did not have a typical sweet. He therefore organized a competition between several pastry chefs. One of them came up with a candy in the shape of a silkworm, paying homage to Lyon’s history as the silk capital in the 17th to the 19th century. 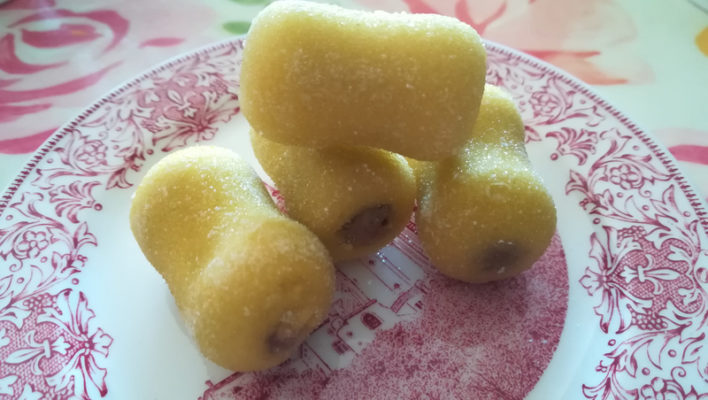 Added to wishlistRemoved from wishlist 10